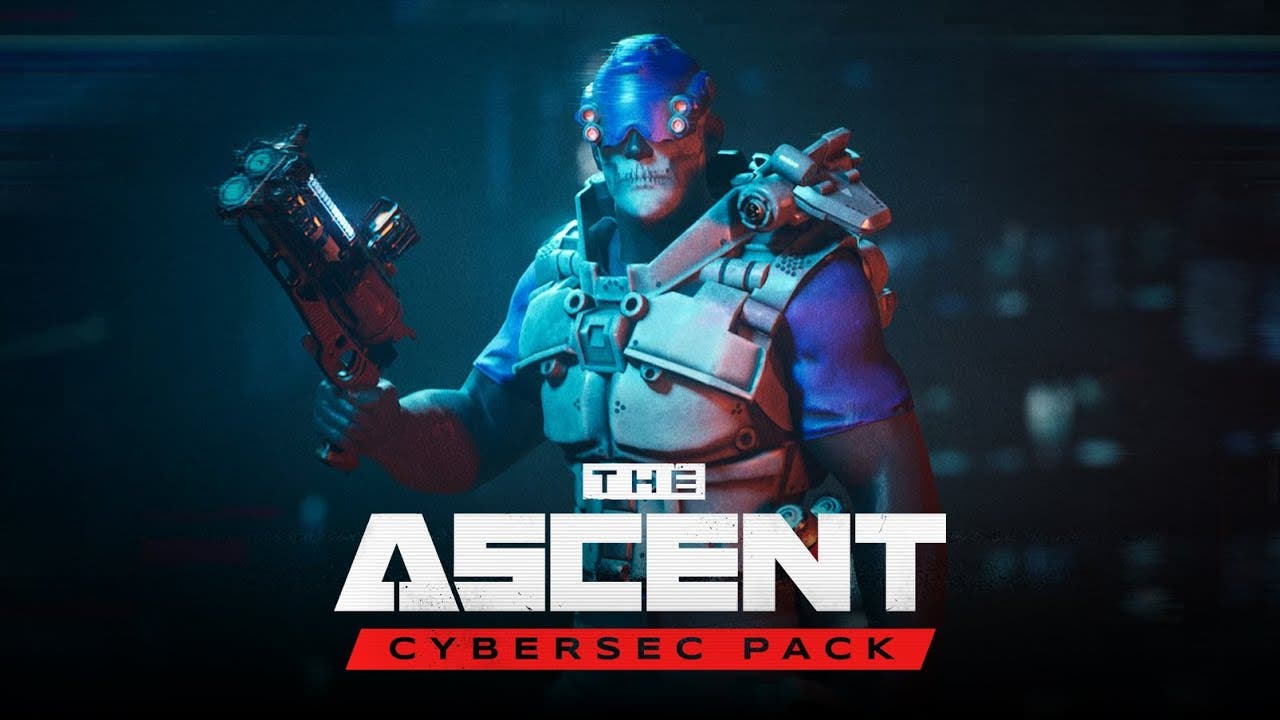 London, United Kingdom – 2 December, 2021 – Publisher Curve Games and Swedish indie studio Neon Giant are excited to provide the first post-launch content drops for The Ascent with the release of the new CyberSec DLC pack, available across PC, Xbox Series X|S and Xbox One today at 2pm BST / 3pm CEST / 9am EDT / 6am PDT.

The CyberSec Pack is the new explosive collection from CyberSec Mega – the largest mil-tech manufacturer and main supplier of CorpSec – with two new weapons, a new tactical, four new pieces of armor and four new animated weapon skins; players will have all they need to jump into the action with a bang! The new CyberSec DLC Pack is available now for  £3.99 / $4.99 / 4,99€.

Also going live today is The Ascent’s Patch #5, FREE for all players which introduces a brand new Transmogrification feature, allowing Indents to change their appearance to match the visual style of any armour currently in their inventory by visiting the Stylist and paying a small fee. Once a visual style is applied, players can equip any armour based on their gameplay priorities whilst keeping their customised look!

Co-founder and Creative Director of the studio Arcade Berg said: “We’re really excited to be able to add more content for our amazing community. We’ve been working hard since launch to improve the game as much as possible and listening closely to the community feedback and what people are keen to see, so we are really happy to be able to share additional features like the transmogrification option for players.”

“We have some great new content planned over the next few months, which we recently outlined in our post-launch Roadmap,” added Tor Frick, Creative Director and fellow co-founder of Neon Giant. “We’ll be introducing features such as NewGame+, new VO lines for side missions, a free Winter Pack in December and a paid update to the Chongqing Pack and a brand new Cyber-Warrior paid pack early next year, so keep an eye out on our community pages for updates. As always we’d like to thank our wonderful community for all their support – we hope everyone enjoys the new content!”

Find out more about The Ascent post-launch Roadmap here:

About The CyberSec DLC Pack

The CyberSec Pack is the new explosive collection from CyberSec Mega which includes:

A solo and co-op action-shooter RPG set in a sci-fi cyberpunk world, The Ascent is the first title from Neon Giant, a new 12-person studio composed of games industry veterans who were some of the minds behind iconic AAA titles such as the Gears of War, Bulletstorm and Wolfenstein franchises. The Ascent is now available on Xbox Series X|S, Xbox One consoles and PC and Xbox Game Pass.

More information on Neon Giant can be found at http://www.neongiant.se