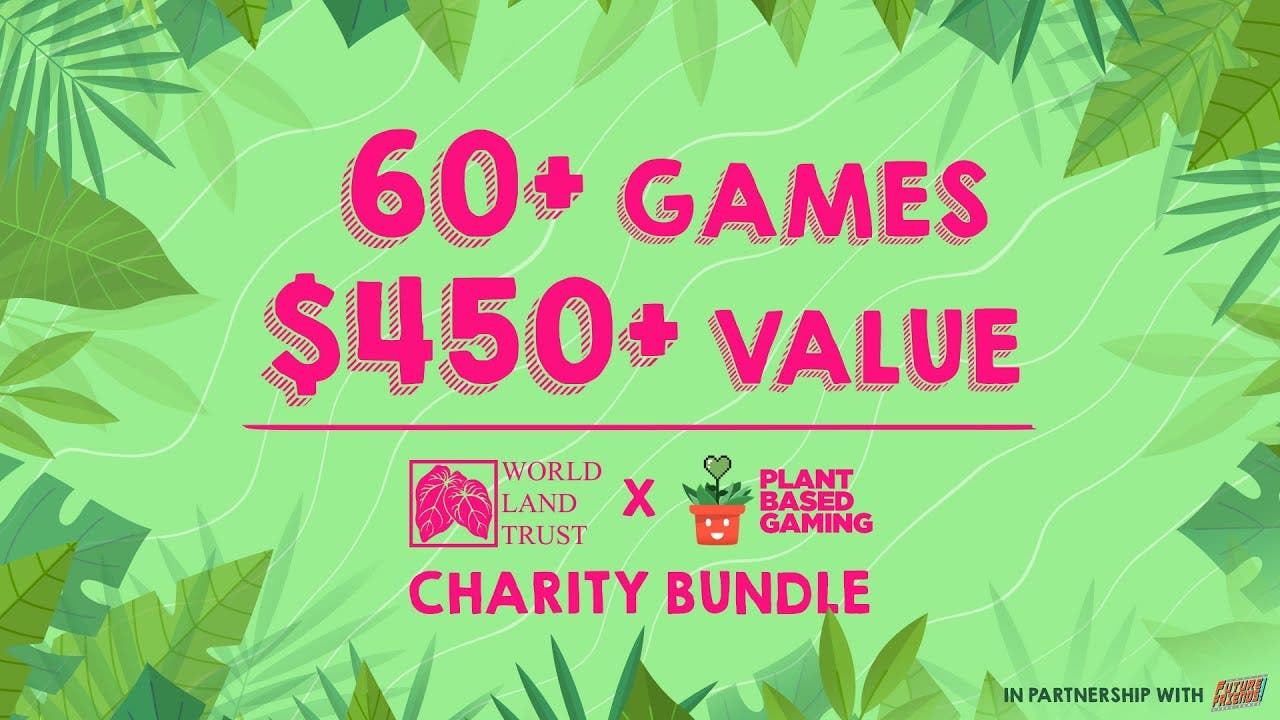 Help Save the Planet with the World Land Trust Charity Bundle on itch.io

3rd December, Swanage, UK – Working with indie publisher Future Friends Games, the Plant Based Gaming project is launching the ‘World Land Trust bundle’ on itch.io today. The bundle will run from 3 PM GMT / 4 PM CET / 7 AM PST today until the same time on December 10th, to include Wildlife Conservation Day on December 4th. It contains over 60 indie games including Mutazione, Coffee Talk, Hidden Folks, Wide Ocean Big Jacket, Cloud Gardens and Old Man’s Journey, with a combined value of over $450+.

The bundle will be available for a minimum of $4.99, with the aim of raising money for the World Land Trust (WLT). The World Land Trust is an international charity that works to protect the world’s most biologically significant and threatened habitats acre by acre in partnership with a network of local conservation partners. Through the generosity of all developers involved, 100% of all proceeds will be donated to the charity. 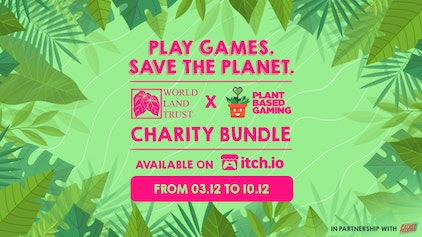 Sales from the bundle will go into the WLT Action Fund, which empowers them to react quickly whenever and wherever urgent conservation action is needed. Charity patrons include Sir David Attenborough, Steve Backshall MBE and Chris Packham CBE.

‘A massive thank you to all game developers who have come forward to support us getting the bundle together, the generosity and willingness to be involved has been so very heartwarming’, said Kris Wingfield-Bennett, founder of Plant Based Gaming. “With 100% of all proceeds going directly to the World Land Trust’s Action Fund, everyone involved is playing an important part in saving our planet. All that is left is to donate <3 ”.

About the World Land Trust

World Land Trust (WLT) is an international conservation charity that protects the world’s most biologically significant and threatened habitats. Through a network of local partner organisations around the world, who engage support and commitment among their local communities, WLT funds the creation and expansion of reserves and biological corridors to provide permanent protection for wildlife, and in doing so, lock up carbon and address climate change. WLT has been saving land to save species for more than 30 years, and today our work to protect existing tropical forest habitat is more important than ever to save what remains of these vital ecosystems. https://www.worldlandtrust.org/who-we-are-2/

Future Friends was founded in 2017 with a simple mission: help indie games get the love they deserve. Though initially focused on PR, the company has now branched out into publishing, with their debut releases Omno & Exo One available now on PC & consoles, along with Festival Tycoon currently in Steam Early Access.