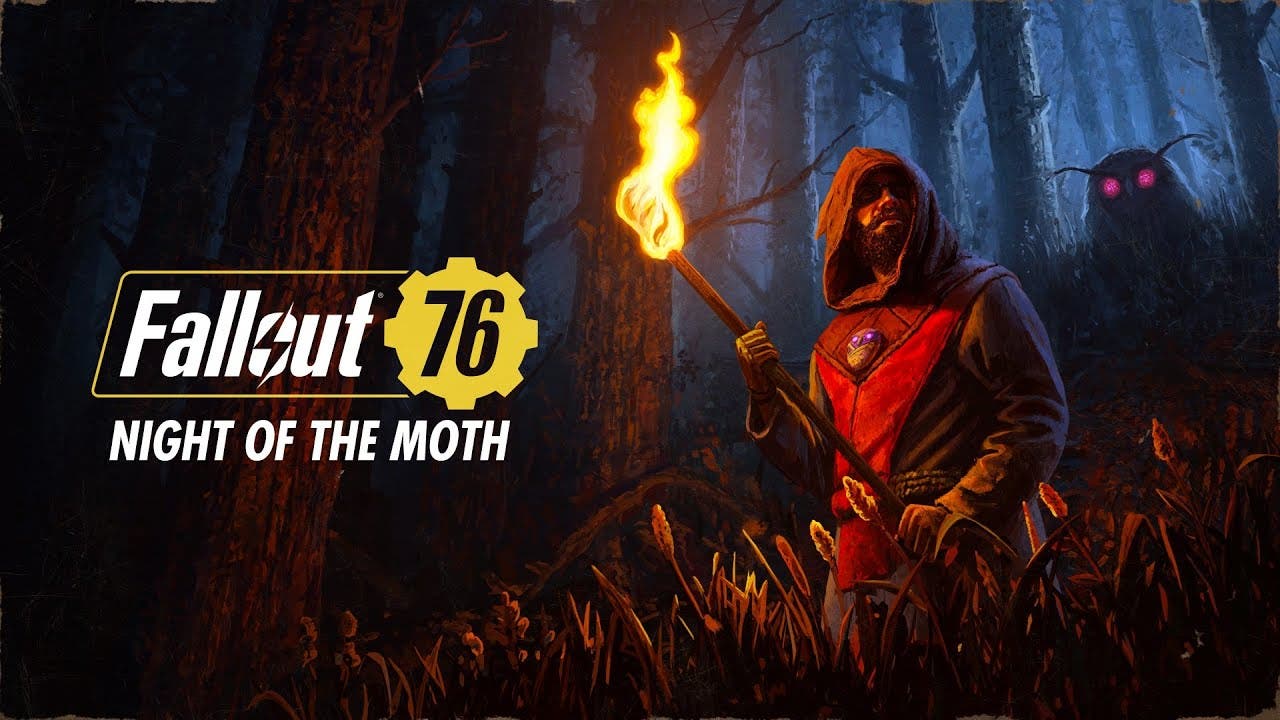 Bundle up, the Mothman Equinox seasonal event for Fallout 76 is upon us until December 21st

The Night of the Moth update, free and available now for Fallout 76, introduces the “Mothman Equinox” seasonal event and a wide variety of quality-of-life improvements. Aid The Enlightened, a new sect of the Mothman Cult, and hunt down rival Cultist High Priests through the Appalachia for Mothman Cult themed rewards, such as unique apparel and skins.

The Mothman Equinox
At Point Pleasant in the Forest region of Appalachia, Beholder Clarence waits at the top of the Mothman Museum. After speaking with him, players prepare for an elaborate ritual through several phases. Light ceremonial bonfires, defend against rival cultists and complete other ritual-related tasks before the timer expires. Return to the Mothman Museum after and summon the Wise Mothman. Communing with the Wise Mothman provides the chance to earn new themed plans.