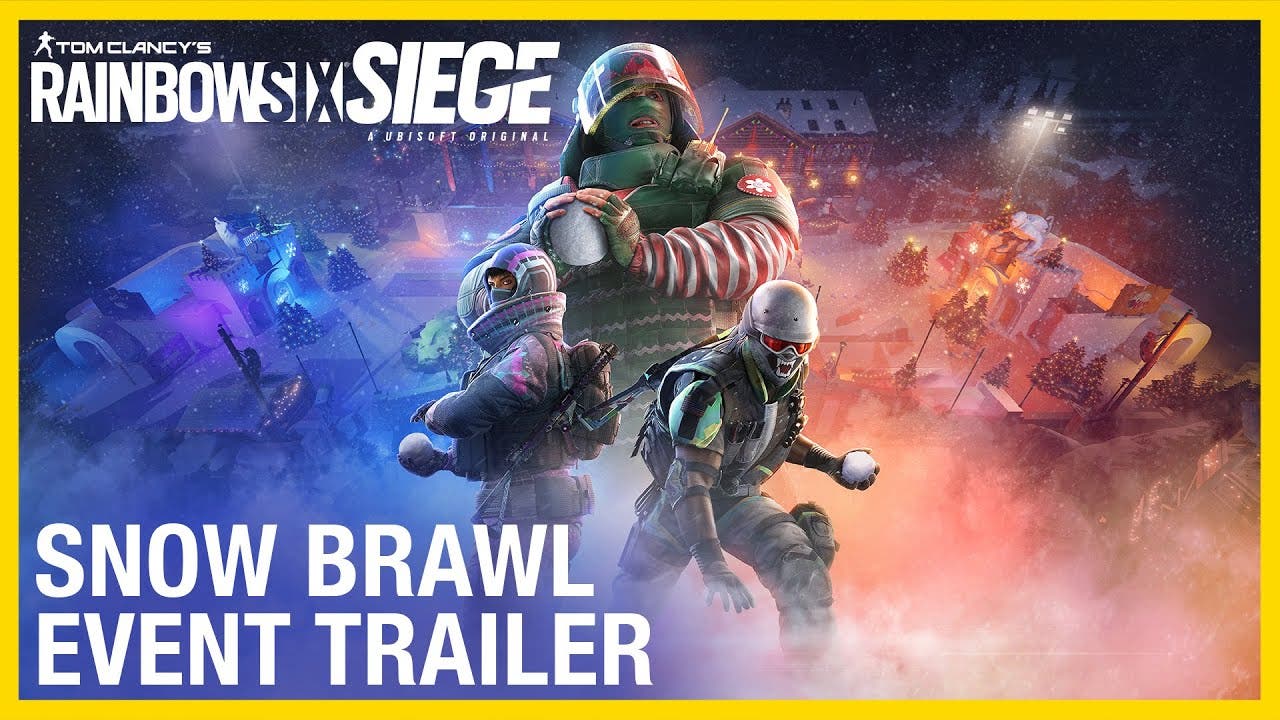 SAN FRANCISCO – December 13, 2021 – Today, Ubisoft® announced a new limited-time event for Tom Clancy’s Rainbow Six® Siege, Snow Brawl, beginning tomorrow and running for three weeks until January 4. Snow Brawl introduces a snow-filled capture the flag game mode, where players must capture the flag of the opposing team and bring it back to their own base to score a point.

Equipped with unlimited snowballs as their main weapon and the Snowblast Launcher as secondary, players will enjoy a chilling fight in a revisited Chalet map. Flags can be released by the holder or by taking down the carrier, and fallen flags can be returned to base by picking them up. Three hits down a player and sends them to Respawn. Boosts available on the map include: running speed, rate of fire, air jab ammo, and health packs. The team with the most points at the end of the 10-minute round wins – in case of a tie, overtime begins, with the first team to score in Sudden Death winning.

In Snow Brawl, players can fight as The Blue Blades with Operators Ash, Blackbeard, Buck, Montagne, and Osa or The Orange Blizzard with Operators Castle, Frost, Rook, Thorn, and Vigil.

The Snow Brawl Collection comes with 45 wintry items including uniforms, headgear, matching weapon skins, and Operator card portraits for those in The Orange Blizzards and The Blue Blades. Snow Brawl also introduces the Snowflake Bundle with includes a signature weapon skin, a universal attachment skin, charm, and background. The Snow Brawl Collection packs can be obtained by completing the special Event Challenges, or by purchasing them for 300 R6 Credits, or 12,500 Renown. One free Collection pack will be gifted to all players who log into the game during the Snow Brawl event, and one additional per week as they complete the weekly challenges. The Collection items can also be purchased as individual bundles for 1680 R6 Credits.