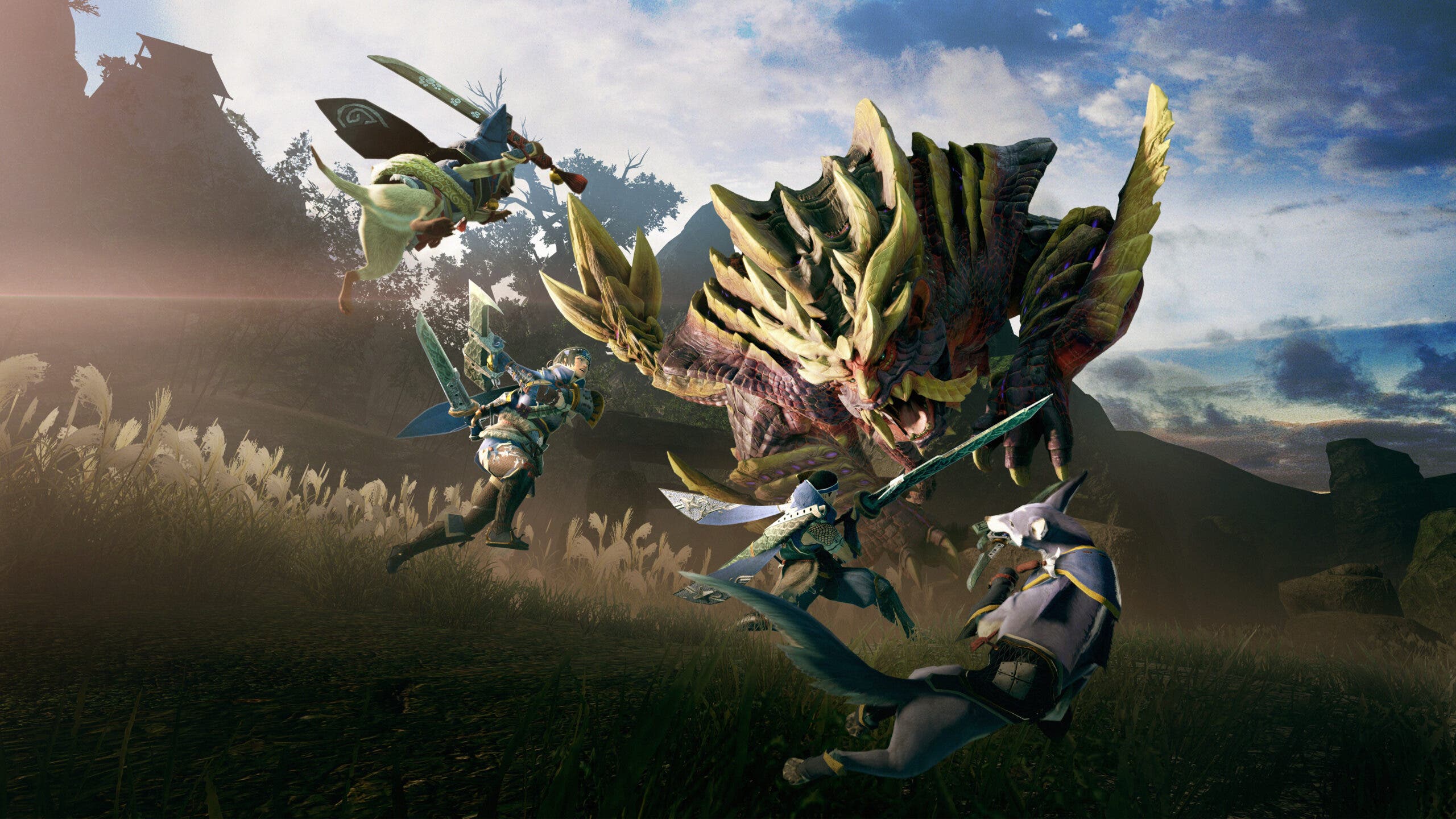 Depending on what you like to get out of a Monster Hunter game, 2021’s release of Monster Hunter Rise on the Nintendo Switch was the best the series has ever been. By taking all of the lessons from Monster Hunter World, which was a huge leap forward for the series already, and shipping perhaps the purest distillation of all the things that make Monster Hunter great with almost all of the fluff and unnecessary friction removed, Capcom has landed on what is by far the most fun and most easily accessible Monster Hunter yet. The PC release of Rise is now upon us, and unsurprisingly it’s still an incredible game, especially  now that it’s allowed to show us its full potential on considerably more powerful hardware. 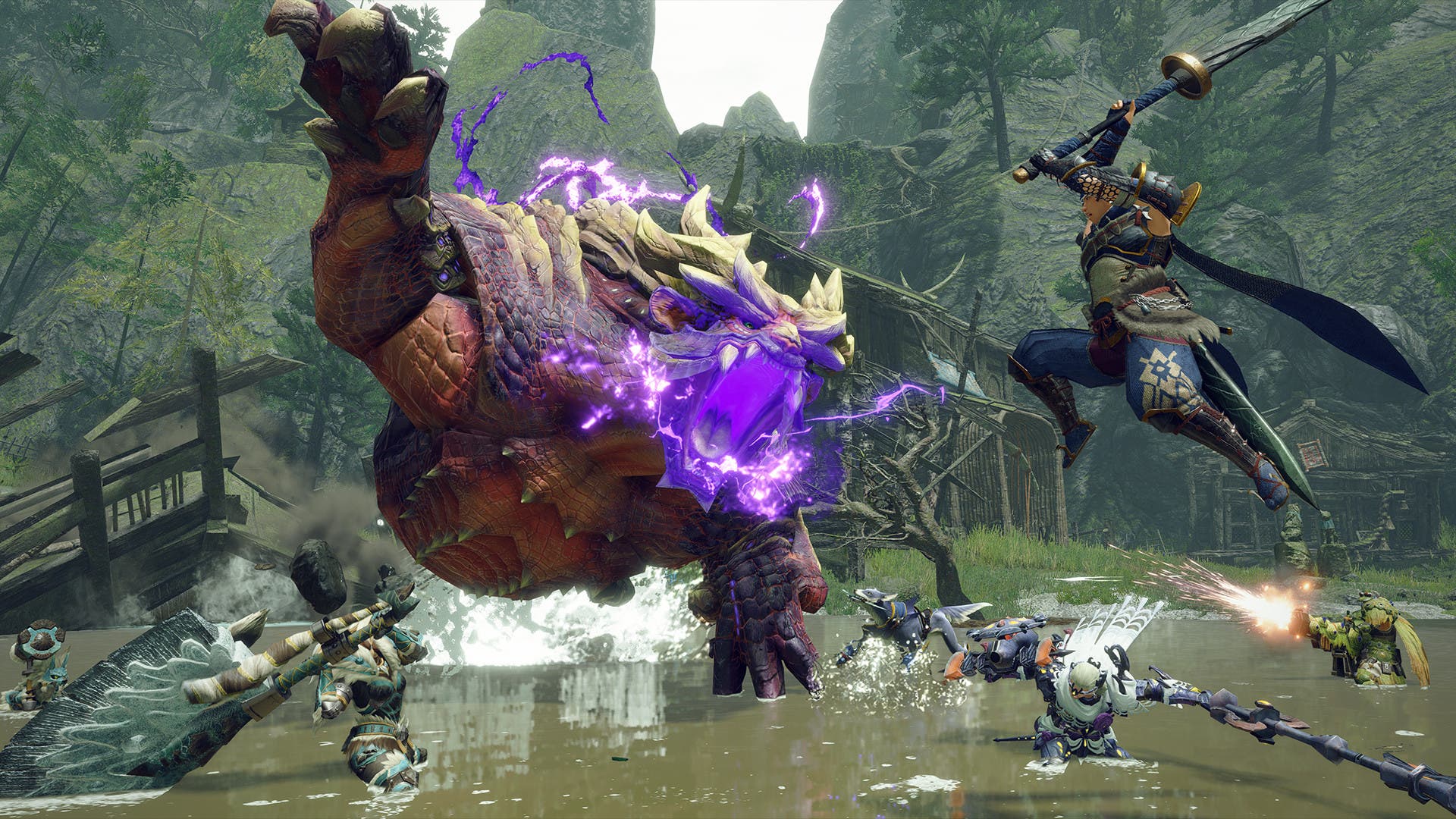 I played Rise for months on my Switch last year and delighted in every moment of it, thrilled to feel like the series had finally connected with me completely, and at the right time. It was also an impressive feat that such a good game, that felt like an excellent adaptation of World‘s formula onto the Switch’s hardware was able to look so good and run so well on that platform. There were obvious cuts to visual fidelity and many of the environments lacked the lushness and detail of the maps in World, but it still felt big and open and full of possibility. Knowing the PC release was on the horizon, I kept asking myself as I played how far Capcom would push the PC version of the game, how much more detail and fidelity they’d be able to add.

Rise on PC ticks nearly all of the boxes you’d expect; it boasts significantly higher resolution textures, more advanced rendering and post-processing effects, frame rates as high as your GPU can churn out, ultrawide resolutions, and a robust set of graphics options in the menu to tweak. Rise does run on the RE Engine after all, and so its already tuned pretty decently for PC gaming. (As a side note, Capcom has already announced that the next major entry in the Monster Hunter franchise will target the PC as the primary platform rather than console, so that should be an indication of the technical direction the company is headed in.) The result is that Rise on PC is the best looking version of the game yet, and is therefore the best place to play Rise by a long shot if you have the option. 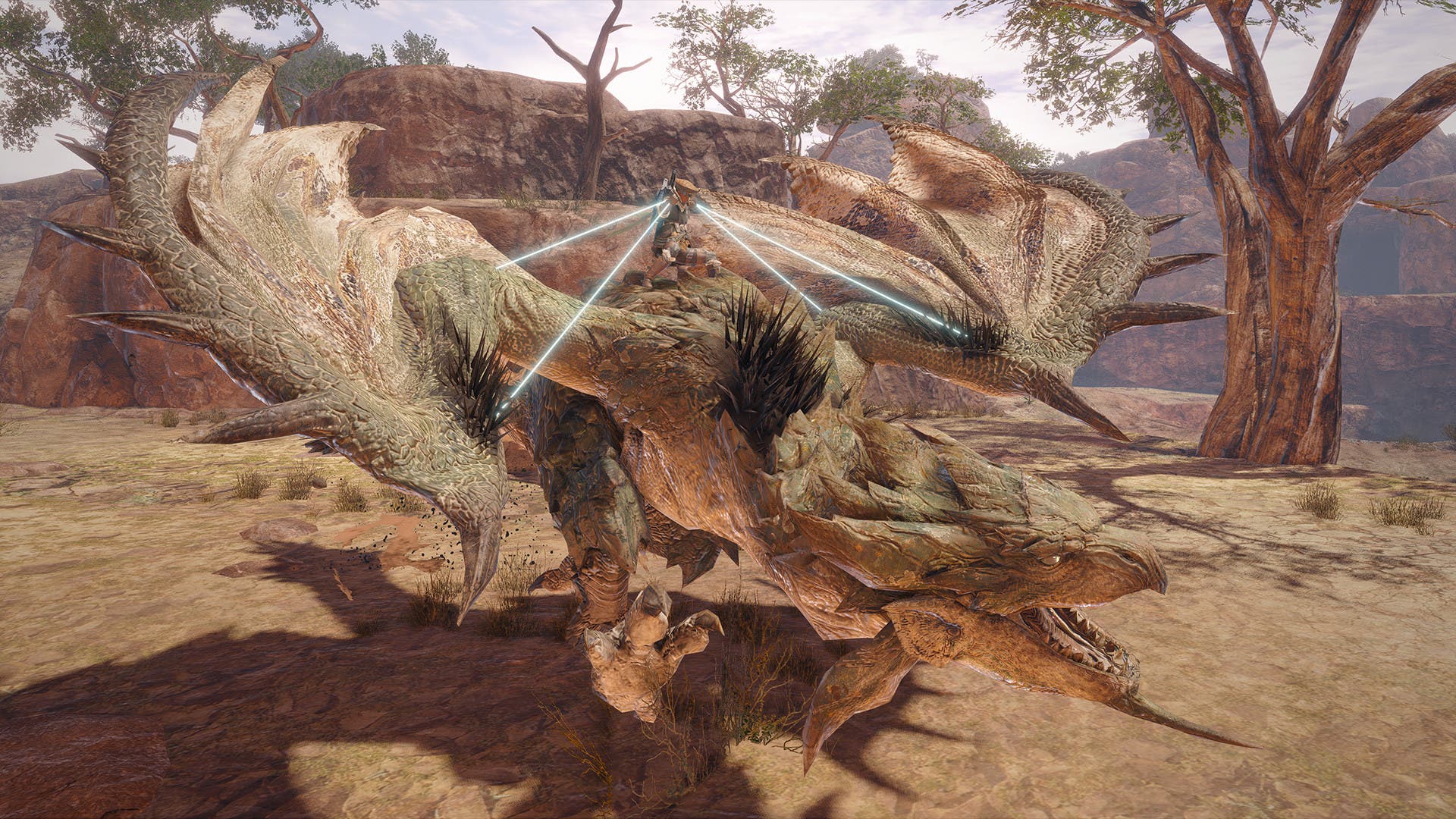 I had hoped (somewhat unrealistically) that perhaps Rise on PC wouldn’t just be all of this, but would also include much more detail in the geometry of the character models and environments, allowing it to push to something closer to what World has on offer; a “UHD” version of the game, if you will. This is not that, but rather a very generous and full-featured port of the game and its assets that drastically exceeds the look of its original without completely remaking large parts of the game, which is a fairly practical approach and a sensible one considering Capcom’s commitment to keep future content updates for the game across platforms in lockstep.

Having spent over 70 hours in Rise on Switch, it’s really incredible seeing how beautiful the game looks on the PC. Running in 1440p at 165Hz, with all of the effects cranked up, this is the full fat, proper representation of what was already an impressive looking game. While the game ran at an impressive locked 30 FPS on the Switch, being able to move through the world and engage in fights at triple-digit frame rates and with everything feeling silky smooth and super responsive, it almost feels like a brand new game. Fights are fluid and flashy, the big monsters look phenomenal with plenty of detail and improved behaviors, the move sets for the weapons are all enhanced from World, and every aspect of the game mechanically has been streamlined to allow you to spend more time playing and less time fiddling around preparing to play. 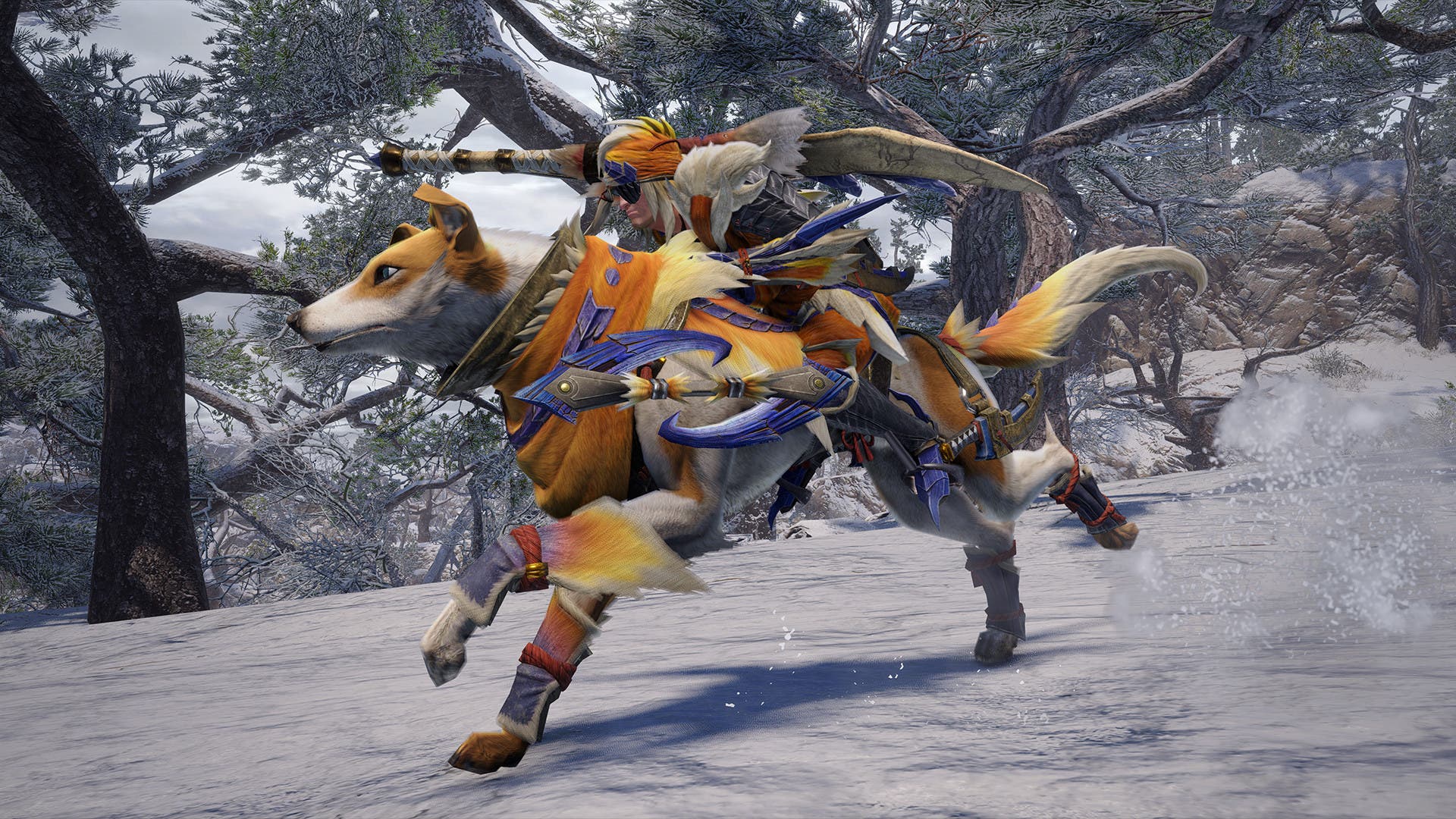 A lot of this is of course owing to the game’s design choices that allowed it to be targeted for a handheld platform in the first place. Instead of World‘s potentially hour-long games of cat and mouse as you tracked down and fought monsters, and all of the arduous preparation time that was necessary ahead of setting off on hunts, you can now prepare for and get into a hunt as quickly as you can down a trio of bunny dango, select your quest from the menu and hit “go.” Once you land in area you’ve selected, your query is marked on your map for you so that all you have to do is make a beeline for it and get straight to kicking its ass.

Multiplayer is still just as good as it was on Switch, with quick matchmaking times, multiple options for engaging in hunts with your friends or random parties, and nearly all of the barriers to joining hunts removed (if you played World, you know how frustrating it was to join a hunt for a monster whose cinematic you’d not yet watched). This format allowed for focused, productive play sessions on Switch, and now on the PC it means your marathon sessions are going to be full of action and fun, with the only downtime you experience being whatever you need for upgrading your equipment or visiting merchants. This means you’ll also spend less time waiting for members of your party to be ready, once again keeping with the overall theme of greater momentum and more action. 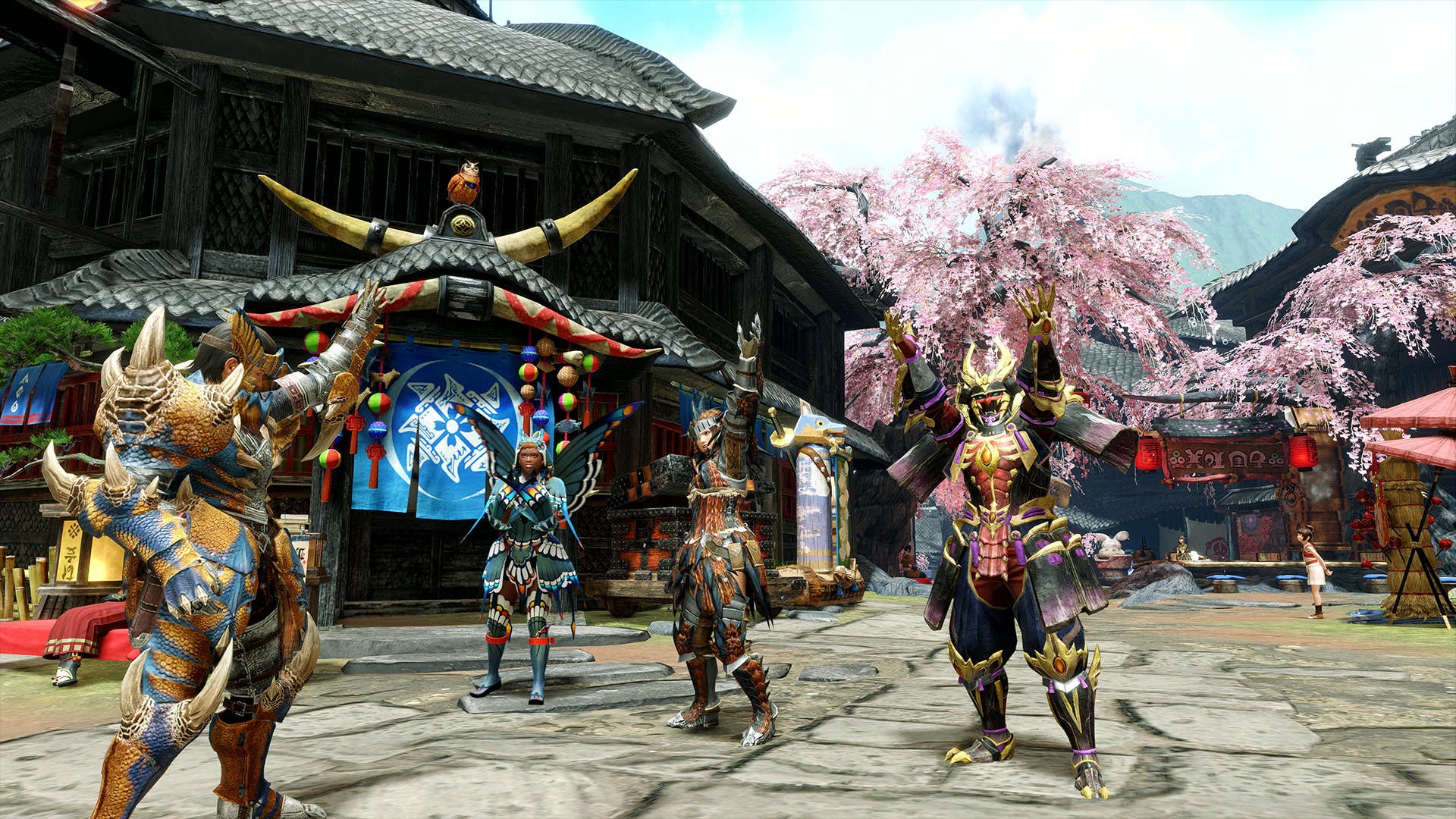 I have said for nearly a year now that Monster Hunter Rise is the Monster Hunter game to enter the series on. While that was previously true of World, World was still cumbersome for newcomers owing to a steep enough learning curve and some outdated systems that added unnecessary friction. Rise eschews all of that and the only friction left in the game’s design is the good stuff that adds challenge and depth to the experience. It’s an absolutely stellar game that is engaging, fun, and rewarding to play. If you have ever been wanting to get into Monster Hunter, this is easily the best way in, and it’s the best version of the game to boot.