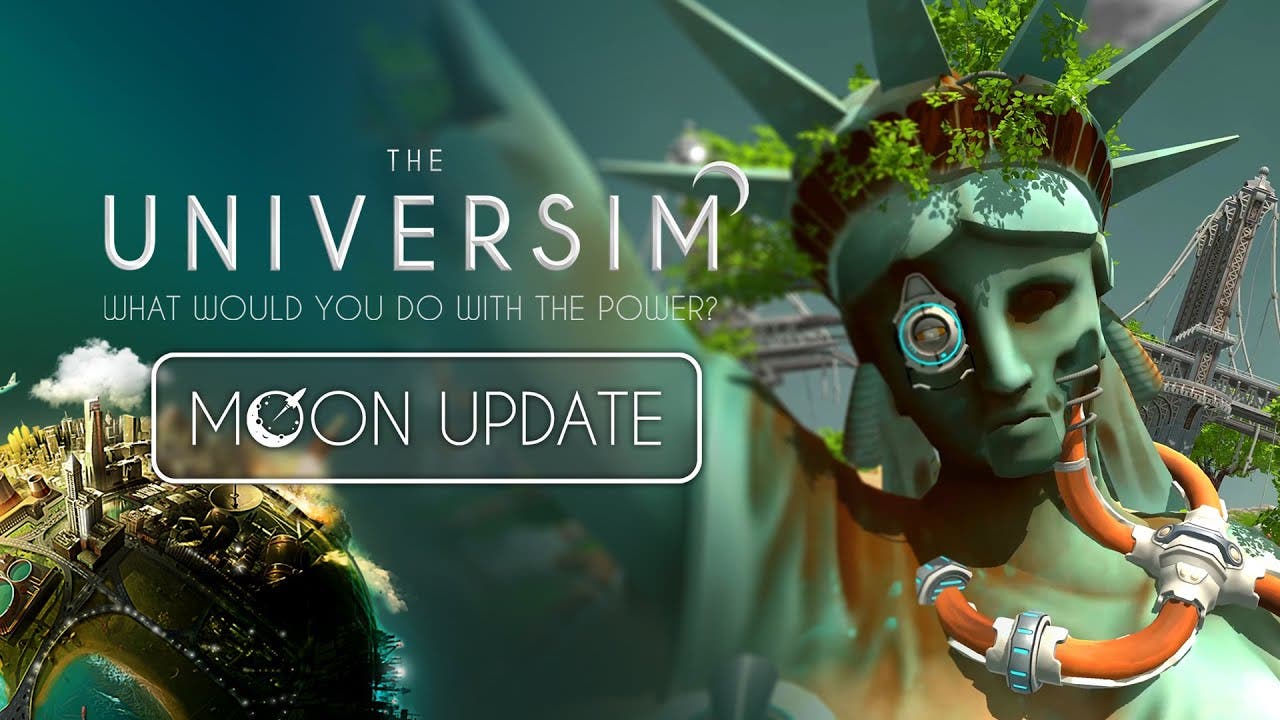 [FOR IMMEDIATE RELEASE] San Diego, CA — Developer and publisher, Crytivo, is pleased to announce the beginning of the Space Age for The Universim, starting with the colonization of the Moon.

This patch marks a huge and final milestone for the game as it enters the last promised Age of Nugget Evolution from the original Kickstarter campaign.

The Universim on Steam

A once barren celestial body can now be transformed into a new home for all Nuggetkind.

The Universim is a planet management God Game in development by Crytivo. In 2014, The Universim was successfully funded on Kickstarter where Crytivo was able to raise over $400,000 (including PayPal transactions) in 30 days.

The Universim is currently available on Steam as an Early Access title. With over 500,000 wishlists on Steam, The Universim is set to be fully released sometime this summer.