Are you looking for a solidly built, quality gaming headset? You may want to take a look at EPOS’ offerings as they have one of the best headsets I’ve reviewed to date, and theH6PRO has become my go-to pair for gaming, voice chats, and podcasting. 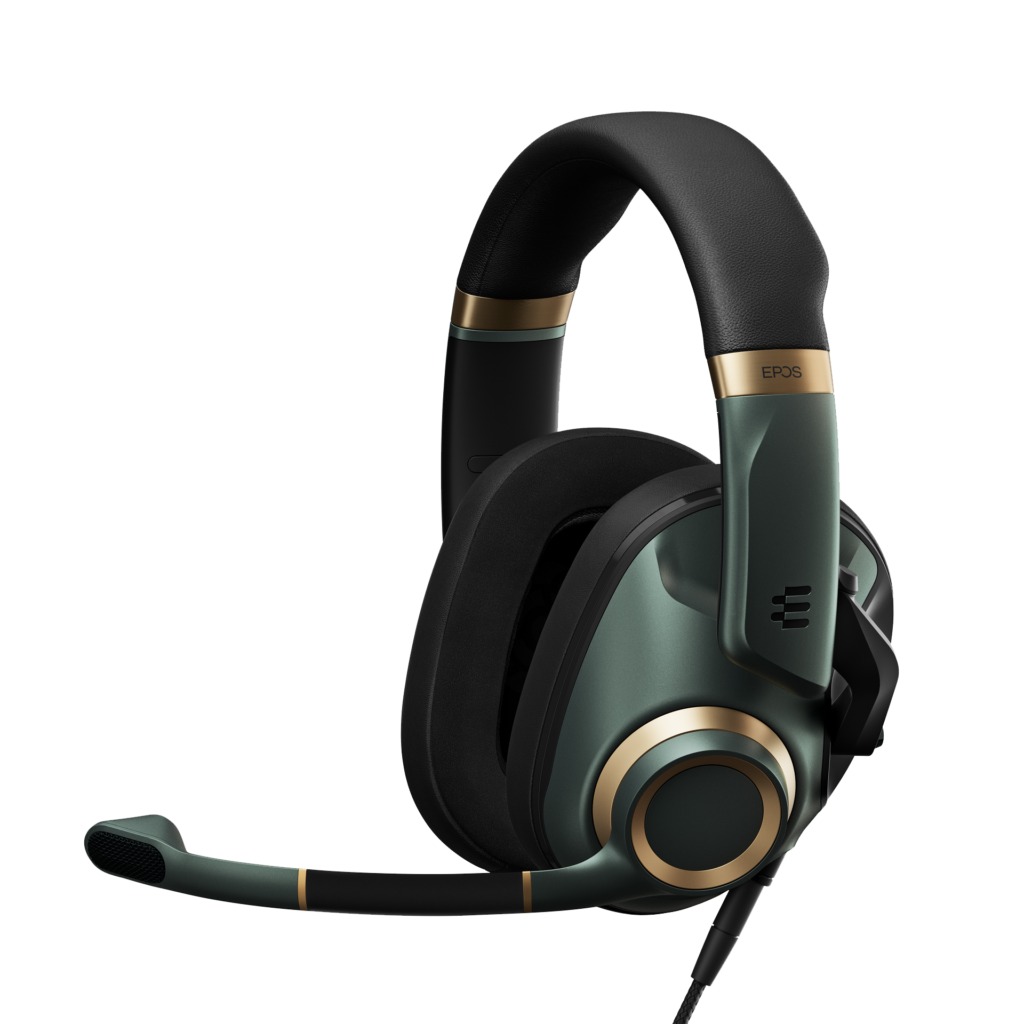 The H6PRO is the tier above the EPOS H3s I had the pleasure of reviewing last year. I enjoyed using the H3s and still use them for audio/video editing on a second computer. The H6PRO’s take everything I liked about the H3s and made it even more enjoyable. On the downside, my only real complaint is still present H6PRO. The included audio cable with the H3 is threaded, and you can hear cable rub in the headset. Unfortunately, the H6PRO carries that over.

But let’s talk about this headset; the H6PRO comes in two variations, a closed and open-backed model. My review unit was the closed-back. As with the H3, the headset is constructed of thick plastic. This results in a lightweight frame that leaves not much weight for your head to support. The headband uses a metal interior for a solid feel, and supple padding encloses it, leaving the unit sitting comfortably over your head. The cups on the H6PRO are as light and comfortable as the H3s and even includes the same soft suede-like padding on the ear cups. I mentioned in my H3 review how I was unsure how they would hold up over time, and I can safely say that after using my H3s for extended periods, I believe the soft material will last as long as the headset functions. Similar to the H3s, the headset comes with a boom mic on one side and a volume wheel on the other. You can mute the boom mic by raising the mic arm, and when you return it to the starting position, you get a satisfying audio click, letting you know that it’s unmuted. The H6PROs have the added convenience of making the mic detachable, though. The mic arm connects to the cup via a magnetized surface, making quick swaps relatively easy. 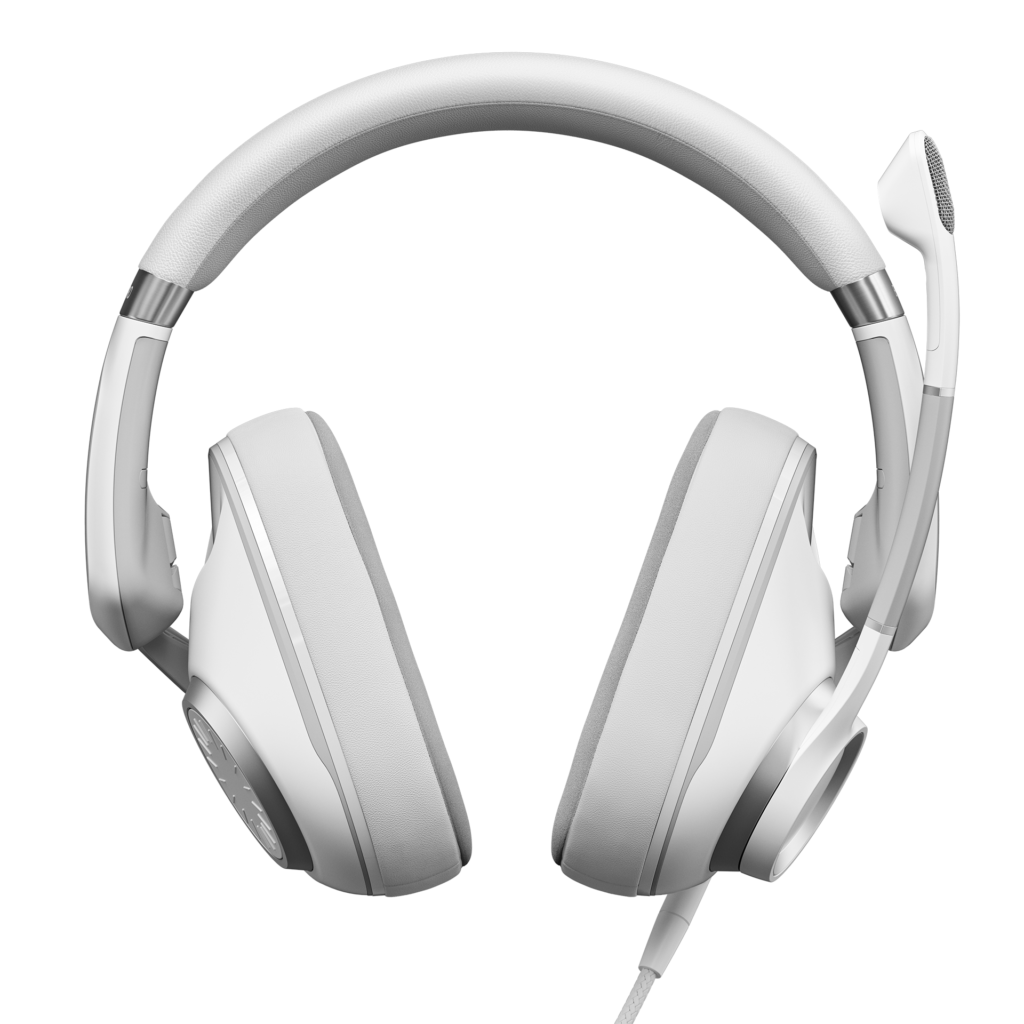 The H6PRO is only a wired headset, so EPOS has the GSP line of headsets or the H3s in wireless if you’re looking for wireless. You may even want to check out the Audeze Penrose I had previously reviewed. But thanks to its wired nature, it’s a simple headset to use. There are no connection errors you’ll run into; there are no features you have to switch between with physical buttons on the cups; it all just connects and works.

As I mentioned earlier, the only gripe I have with this headset is the wire itself. It connects the headset via a small audio cable that extends into a 3.5mm end. EPOS also gives you a second aux jack cord, which comes out into a split-end for PCs or devices that only have separate mic and speaker ports. I constantly found the braided cable rubbing against my clothing, resulting in very audible rubbing sounds through my headset. Since both included cables are braided, you’ll encounter this on either set. If you’re using the mic, your recording won’t pick up noise, but you will hear it, even if you’re not monitoring your mic audio.

So what does this unit sound like? It sounds great. The H6PRO delivers some high-quality audio to my tiny little ears. During gameplay sessions in games like Grand Theft Auto Online, I can hear the finer details I couldn’t capture on a standard set of TV speakers or my soundbar. I heard the leathery squeaks of my character’s leather pants (don’t ask) echoing down an empty hallway. For podcasting applications, the audio coming through is clear and crisp, and when paired with an exceptional mic, it’s almost as if the person was sitting right next to you.

I have no problems recommending this headset to anyone who asks. It sounds excellent; it’s lightweight, comfortable to wear, and sturdy. As I mentioned at the top of this piece, the H6PRO has become my go-to headset because of its outstanding sound, comfortable fit, and simple nature.

The EPOS H6PRO was provided by EPOS for review purposes