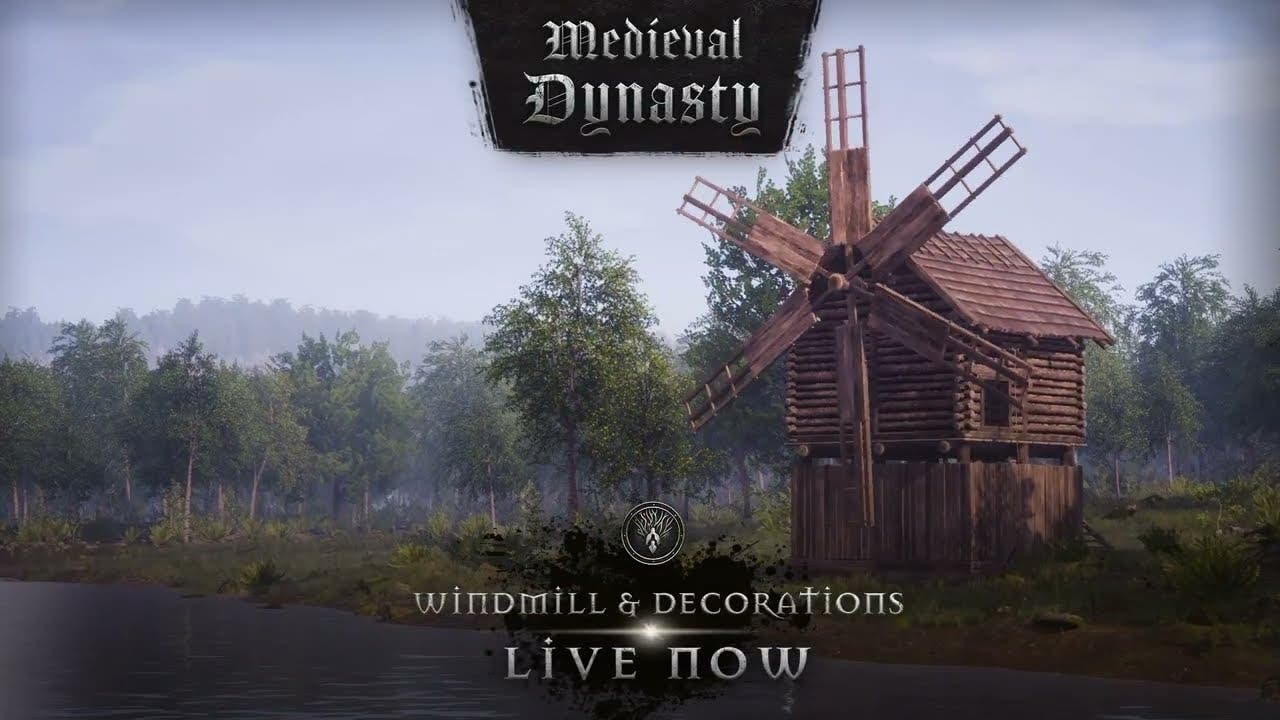 Germany / March 3rd, 2022 – Render Cube and Toplitz Productions have today implemented windmills, one of Medieval Dynasty’s most anticipated community and roadmap features. To coincide with the update, Medieval Dynasty will also be featured on Steam with a 25% discount as part of a Weekend Deal, which will run from March 3rd through to the 7th.

Designed to simplify life and as the ultimate building in the Farming Technology tree, windmills give players the opportunity to produce twice as much flour. Alongside its increased flour production, windmills also provide a heavy dose of immersion for players and their settlements. The stunning buildings can dominate the skyline.

Having already teased its implementation in a developer diary earlier this month, the windmill update also brings dozens of new items to decorate your settlement with. From fresh housing modules, to decorative items such as vases and even window shutters and shelves, customisation and improving the look and feel of your home is fundamental to this update.

Later this year, players can also look forward to an extensive heir update followed by the console versions. In Medieval Dynasty, players build and lead their own settlement in the harsh Middle Ages. They’ll need to hunt, survive and create a legacy in this open-world survival sandbox RPG.

Survival here means farming, battling against the elements, securing food and taking on quests in nearby towns. You won’t be alone – as players expand their territory, villagers will come to join their town, and perform their share of the work. What kind of Medieval Dynasty will you build?

Medieval Dynasty is out now on Steam, Epic, GOG.com and the Microsoft Store (also on the Xbox Game Pass for PC) for and is available in 17 languages, including Portuguese, Russian, Simplified Chinese, Japanese and more. A deluxe Digital Supporter Edition is also available, featuring the game’s original soundtrack, a digital world map, a digital artbook, a Medieval Dynasty History Video, a set of 4k wallpapers and more.