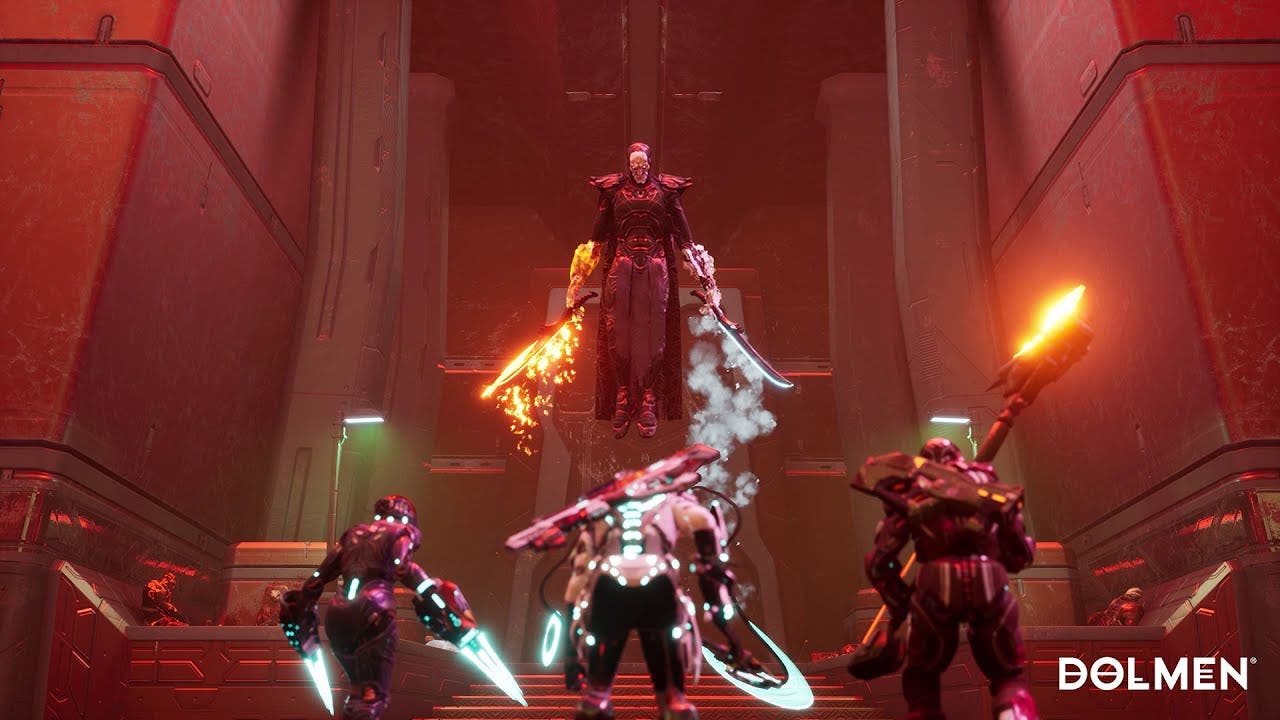 Larkspur. Calif. (March 7, 2022) – Prime Matter and Massive Work Studio are pleased to announce that Dolmen – the third-person action RPG with a unique cosmic horror sci-fi setting – will be releasing on May 20, 2022. Pre-orders for Dolmen will be available on PlayStation®4, PlayStation®5, Xbox One, Xbox Series X|S, and PC soon.

A new trailer has also been released today showcasing the game’s cooperative and multiplayer modes.

In Dolmen, players will be able to fight alone or tackle bosses together with online co-op. There will also be a special Day One Edition which will contain a unique set of Rebel armor and weapons.

Set in a sci-fi universe where humanity has colonized several star systems using space travel, technology, and genetic manipulation to adapt to the conditions, Dolmen has players battling across a distant planet – Revion Prime – trying to unravel a mystery of alien species, corrupt corporations, and unknown dimensions.

Behind everything appears to be an alien species called Vahani that roams the universe altering the genetic makeup of other species. However, it remains to be seen if their motives are noble or more malevolent. It’s suspected that a crystal called Dolmen is the key to their work, and planet Revion Prime has an abundance of it that you’ll need to collect in order to unravel a web of secrets.

The Day One Edition contains numerous unique items for players, enhancing their journey across Revion Prime. Created by genetically modified humans – the so-called Xenospecies – the gear helps the user adapt to the rigors of space. The Rebel Set contains a full set of armor, a sword, and an axe; ideal for dispatching your enemies and keeping you safe from harm.

For more news, please make sure to follow Dolmen on social media: