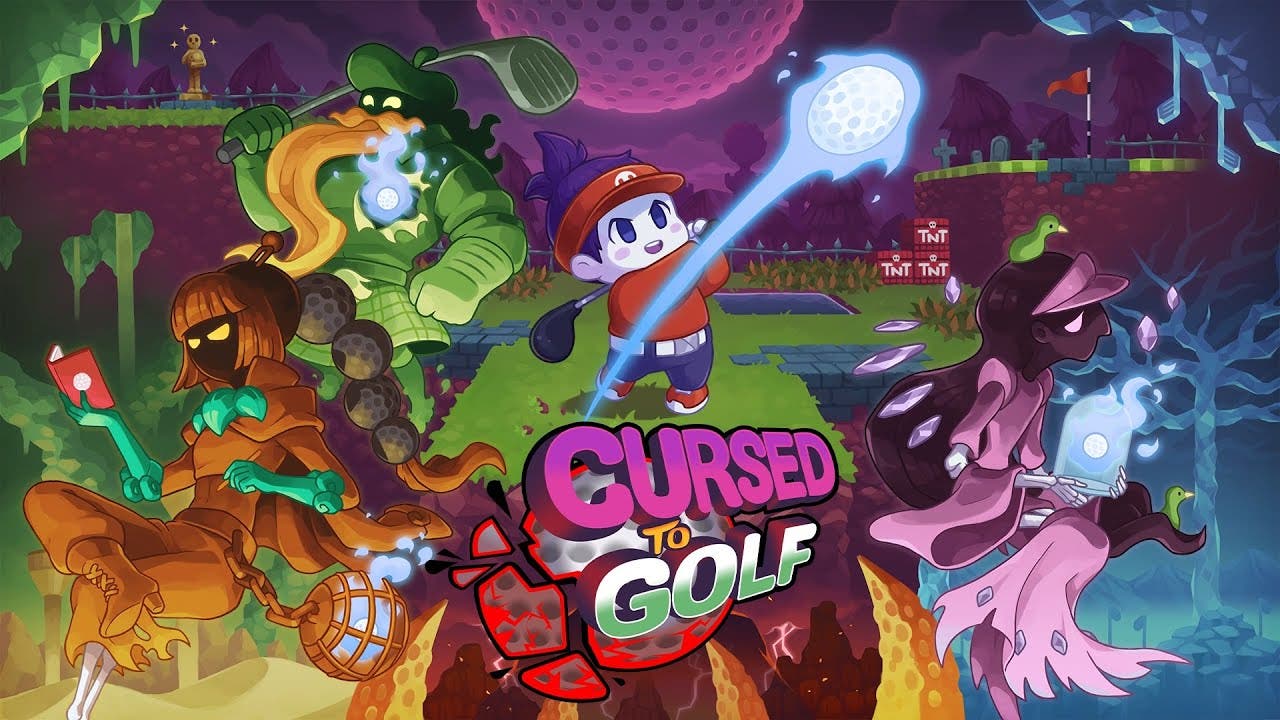 Golfenburg, Sweden – March 16th, 2022 – Cursed to Golf, the eagerly anticipated ‘Golf-Like’ adventure from Thunderful and Chuhai labs, made an appearance at Xbox’s ID@Xbox Showcase today with a new development commentary video. This marks another console platform reveal for the game, which will now be coming to Xbox Series X|S, Xbox One, Nintendo Switch and PC this year.

In the new video, director Liam Edwards gives us a rundown of their ‘Golf-Like’ adventure that’s featured on a host of “most-anticipated” lists from leading games media. The trailer explains the game’s compelling core loop, gives us a look at some of the fun, world-bending trick shots you can use to beat the game’s hellishly difficult holes via Ace Cards and offers a tantalising taste of a soundtrack way too awesome to appear in your average golf game.

In Cursed to Golf, you take on the role of a Golf Champion, trapped in Golf Purgatory after a lightning strike stops you dead in your tracks. To ascend back to the land of the living, you’ll need to play through 18 dungeon-like holes.

With the game releasing in 2022 on Xbox Series X|S, Xbox One, Nintendo Switch and PC, players can expect more news on Cursed to Golf in the very near future!