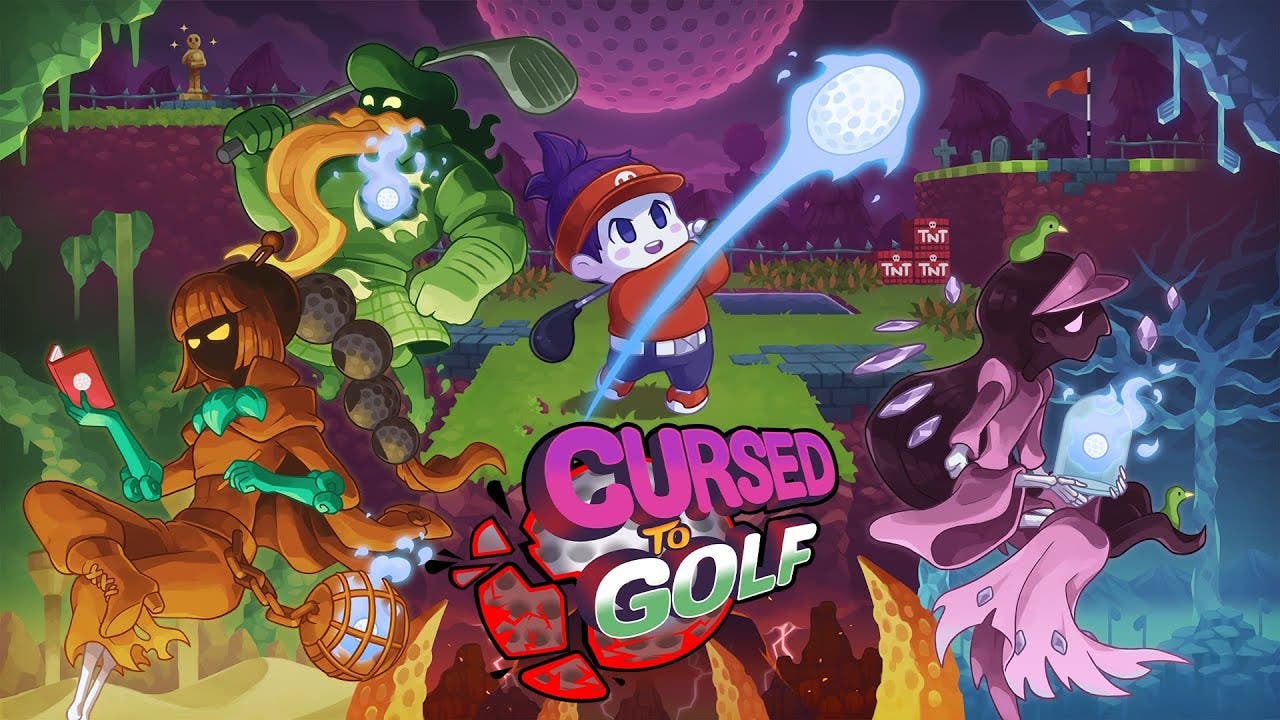 Cursed to Golf, the “golflike” about escaping purgatory gets a release window of this Summer

Golfenburg, Sweden – March 24th, 2022 – Players can finally tee-off in Thunderful and Chuhai Labs’  heavily anticipated ‘Golf-Like’, Cursed to Golf, when it comes to PC, Nintendo Switch, Xbox Series X|S and Xbox One this summer. Cursed to Golf’s release window was revealed today at the Future Games Show, as part of the Virtual Showfloor segment of the presentation. Get a fresh look at what’s in store for our hapless golfer as they navigate the dungeon-like holes of Golf Purgatory in the brand new gameplay trailer:

After featuring in multiple “2022 most anticipated” lists from leading games media, players can now see what all the excitement is about for themselves: a free limited-time demo for the game is available on Steam from now until March 27th at 8pm CET. The demo will give players a feel of how Cursed to Golf’s compelling ‘Golf-Like’ loop works, let them try the kinds of outlandish trickshots that only exist in Golf Purgatory and offer a taste of a retro-inspired soundtrack that, quite frankly, slaps hard. For the truly skilled corporeal golfers out there, The Scotsman boss fight lies at the end of the demo, beating him is the first true test of Golf Purgatory, good luck!

“With the heartening enthusiasm surrounding Cursed to Golf, we’re really excited to be moving towards release in Summer 2022 and finally being able to let people play it. Well, actually, we decided we’d let people play it now – hence this limited-time free demo on Steam!” said Game Director Liam Edwards. “Enjoy the first biome of Golf Purgatory, there’s some tricky holes and you’ll even have the opportunity to play against the first boss. Have fun and good luck on getting past The Scotsman!” 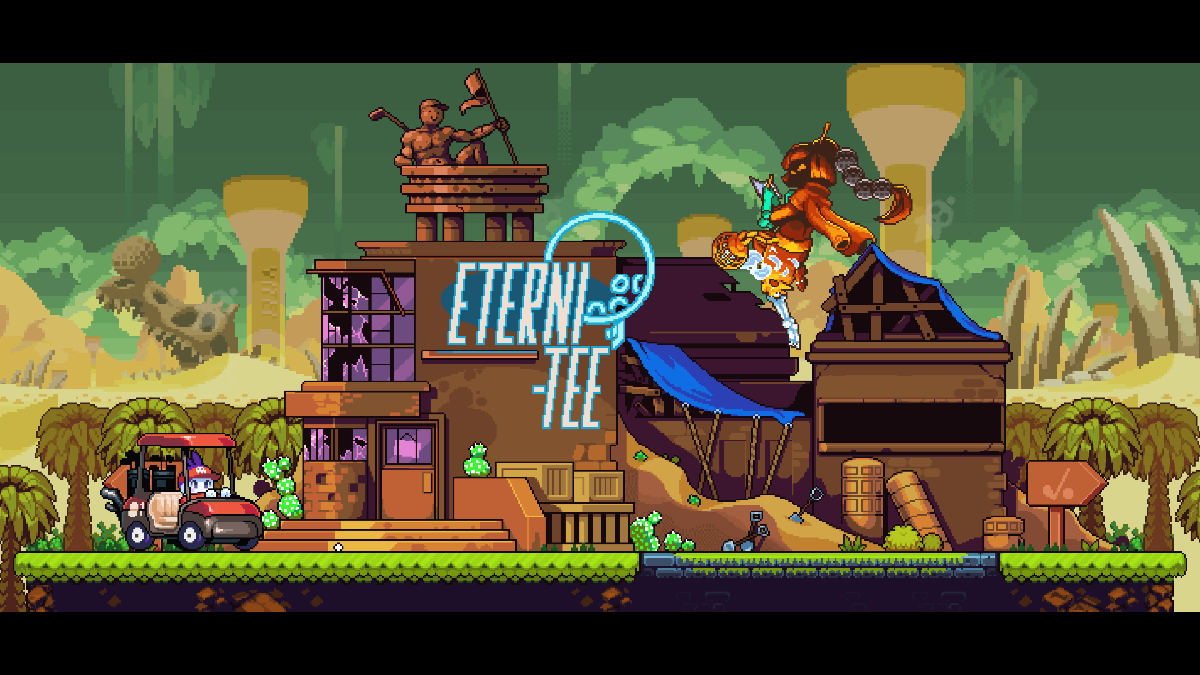 In Cursed to Golf, you take on the role of the Cursed Golfer, trapped in Golf Purgatory after a lightning strike stops you dead in your tracks. To ascend back to the land of the living, you’ll need to play through 18 dungeon-like holes. These hellish holes feature teleporters, TNT, high-powered fans and other challenges that will put your skills to the ultimate test in a ‘Golf-Like’ loop that will see you golf, die and golf again. That’s not to mention the bosses that you will have to defeat if you want to remove your curse and escape your fate.

You can get a helping hand on your quest in the form of Ace Cards. These cards give you access to world-bending trick shots, allowing you to stop time, readjust shots in mid-air, freeze otherwise hazardous bodies of water and more. These cards are not only a hell of a lot of fun to use, but will be vital if you are to beat all 18 holes within the PAR counter and avoid your curse returning you to the start and forcing you to golf your way back again. 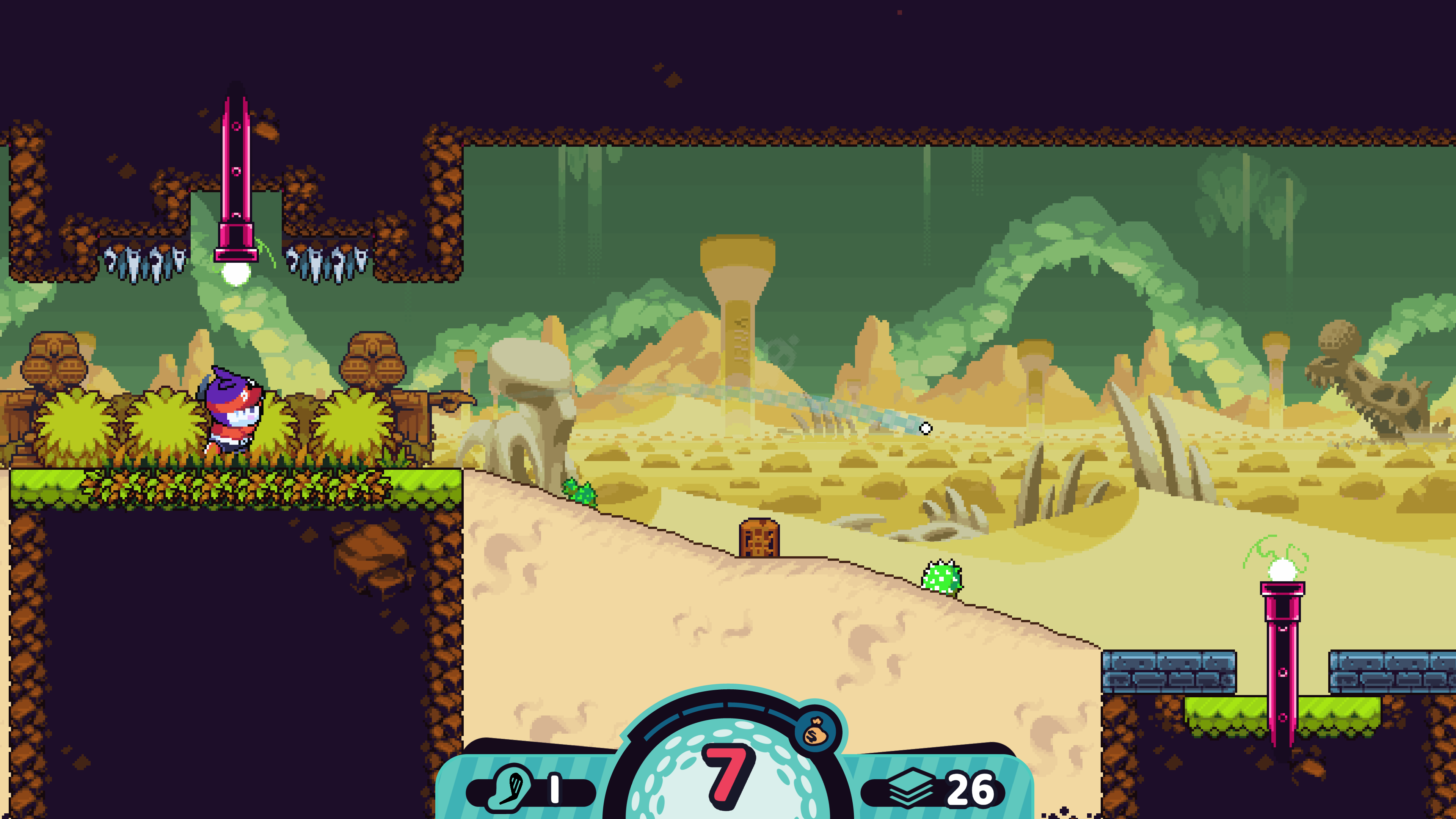