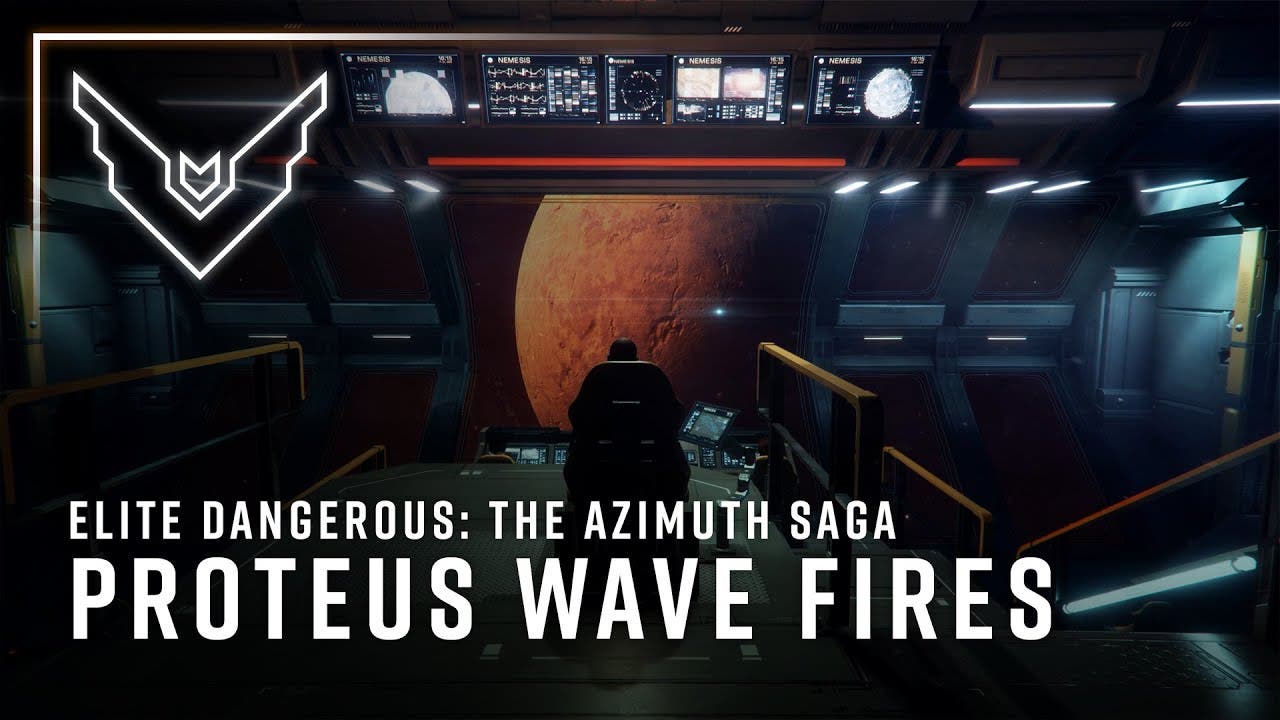 As the Azimuth Saga concludes with Update 13 today, the Aftermath begins in Elite Dangerous: Odyssey

Cambridge, UK – 9 August 2022.  Frontier Developments plc (AIM: FDEV, ‘Frontier’) today concluded Elite Dangerous’ Azimuth Saga storyline and unveiled Aftermath, the next phase of the narrative that’ll lead into content updates for the rest of the year and beyond. The Azimuth Saga finale saw the contentious figure Salvation attempt to stop the Thargoid menace in their tracks with the Proteus Wave, a powerful Anti-Xeno weapon. Ultimately, the activation process ended in catastrophic failure, and the repercussions from the event have now begun. Salvation himself, meanwhile, is nowhere to be found.

The beginning of Aftermath coincides with the release of Update 13 for Elite Dangerous: Odyssey, and sets the stage for the future of humanity’s relationship with the Thargoids. When commanders head to the Anti-Xeno Conflict Zones in the system HIP 22460, where Salvation’s Proteus Wave was activated, they’ll witness the fallout for themselves – the Megaships Bright Sentinel and Heart of Taurus have been destroyed. Wrecks of numerous capital ships and constant Thargoid attacks now await any commanders brave enough to jump into the fray. Commanders with Guardian technology on their ships will also find themselves compromised while in HIP 22460, with modules decaying rapidly or even being destroyed.

Following the Azimuth Saga conclusion, the way players engage with events in Elite Dangerous is changing. Currently, the Elite Dangerous base game and Odyssey exist on different code bases – 3.8 and 4.0 respectively. Going forward, to ensure the storyline can continue to expand in scope and quality, new events and gameplay elements will only be released on the 4.0 code base.

Anyone who owns a copy of Elite Dangerous on PC will be able to enjoy the benefits of the 4.0 code base, which will include updated graphics and all improvements from post-Odyssey updates around performance, UI/UX and other features. Players won’t need to own a copy of Elite Dangerous: Odyssey to access 4.0 – details on how 4.0 will be made available to all Elite Dangerous players on PC will be revealed at a later date. Players who wish to experience the on-foot content of Odyssey, among other features, will have the option to purchase it separately. More detailed information on 4.0 feature availability to all Elite Dangerous owners can be found here.

Frontier’s goal is to open up the next ambitious phase of Elite Dangerous’ storyline to as many players as possible – including the upcoming option for PlayStation and Xbox console players to benefit from a limited time console profile transfer process so they can start to enjoy the benefits of the 4.0 code base by transitioning to PC – more details on that can be found here.

The option to continue to enjoy all existing Elite Dangerous content in 3.8, rather than transitioning to 4.0, will remain available to players on both PC and console.

The next major narrative phase of Elite Dangerous has now begun, and there’s much more to come – the next instalment, Update 14, will represent a huge moment for the game as the Aftermath storyline kicks into high gear.