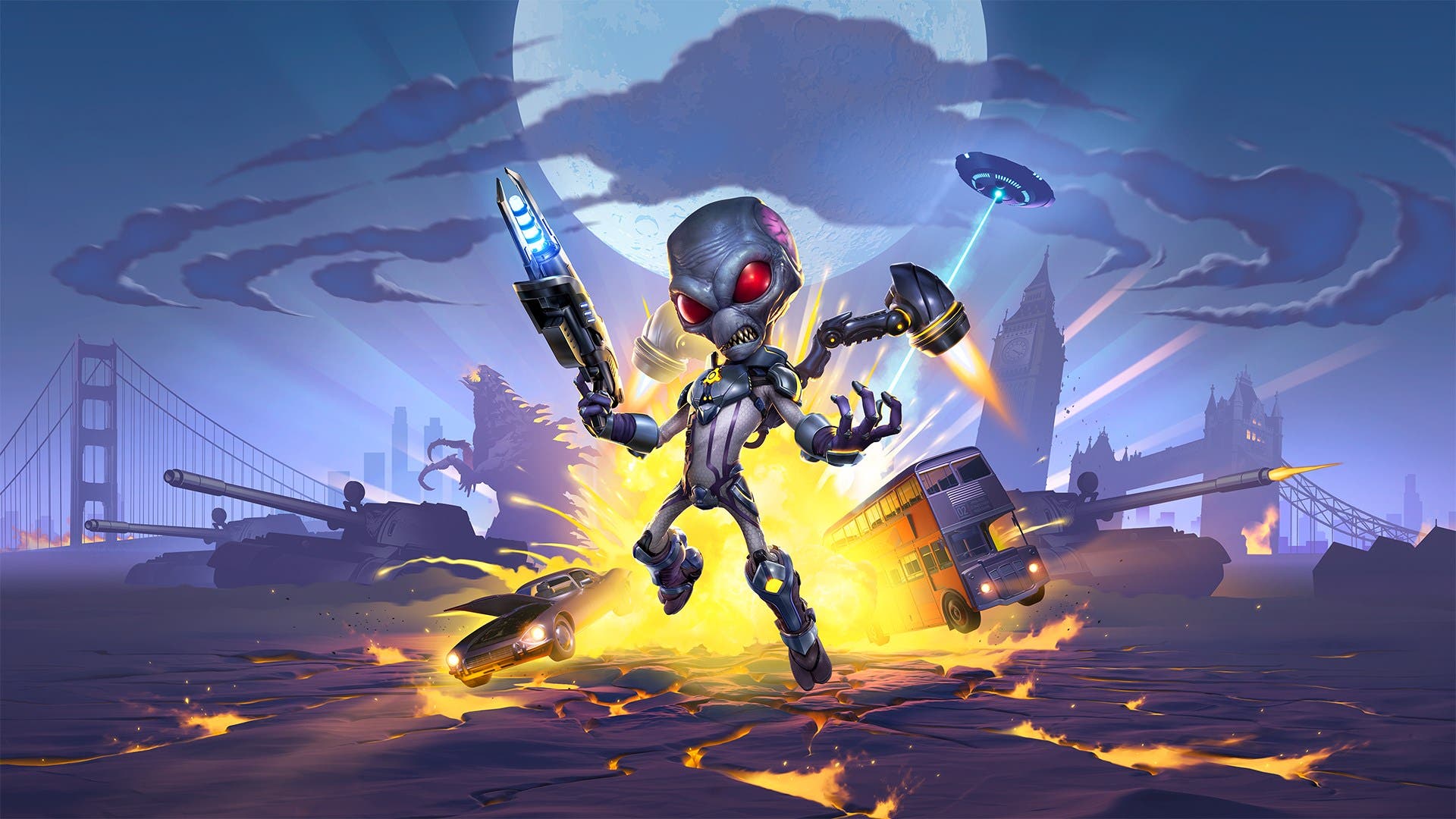 The original Destroy All Humans! really captured the “red scare” of the 1950s so well, and it’s one of those game that’s so novel it sticks with you. By the following year when Destroy Humans 2! released, I had already moved on to the Xbox 360 and never got to checking it out. Destroy All Humans! 2 – Reprobed is a remake of the 2006 game from Pandemic, this time focusing on the 1960s and globe-trotting, offering another raucous ride with Cryptosprodium. So in playing this remake, there wasn’t any nostalgia going into it like I did with the first. As far as I’m concerned, the only “crypto” I want to invest in, is the one you play in Destroy All Humans! 2 – Reprobed. 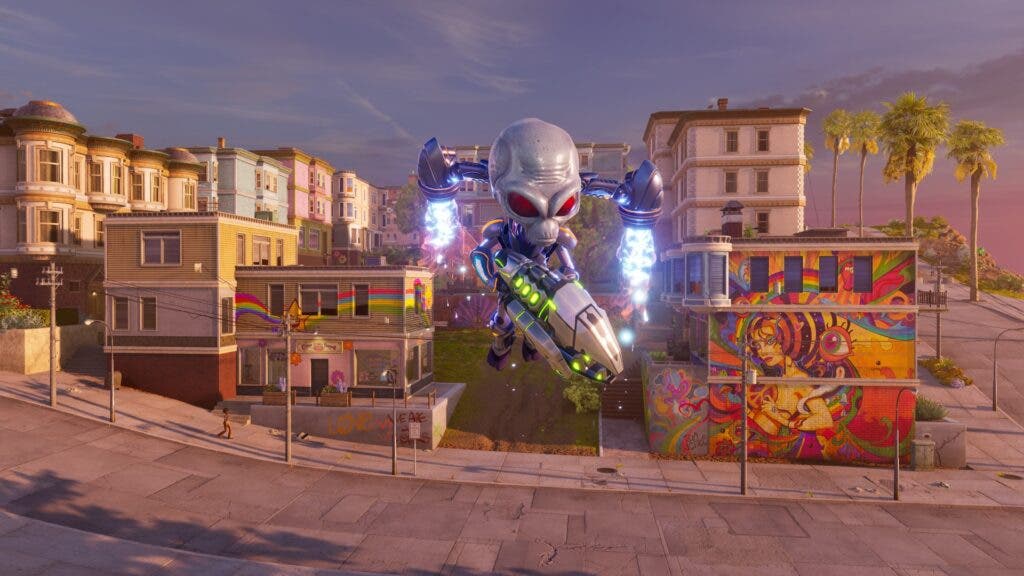 Destroy All Humans! 2 picks up ten years after the events of Destroy All Humans!, and Crypto-137 is dead. Thankfully the Furon species procreates through cloning, so now we have Crypto-138 (or Cryptosporidium-138 if you prefer) in his place, and still as crass as ever. The year is 1969, and now things are all groovy, Americans have been protesting war through peace, and the Cold War is heating up. The game is all over the place from themes to plot, but that doesn’t ever matter when the thing you really want to do is in the title. This time it’s a worldly affair, as the Russians are most interested in Crypto-138, especially eliminating his species altogether.

It almost feels like Destroy Humans 2! wants to parody everything it can of the time, which is really too much to take on. It tackles hippies, communism, the British for some reason, and films of the era. You’ve got hippies collaborating with the Russians to eradicate people. Why, you ask? Who knows! The game has no intention to answer any of that. Black Forest Games is merely recreating what was already there, so it’s hard to fault them on the issues that have been present since 2006. There’s even a disclaimer when starting the game that everything was preserved except for the visuals and some gameplay, to note that not everything flies today. At the end of the day it’s meant to be caricature of the times both when the game was originally made and the era it is depicting. 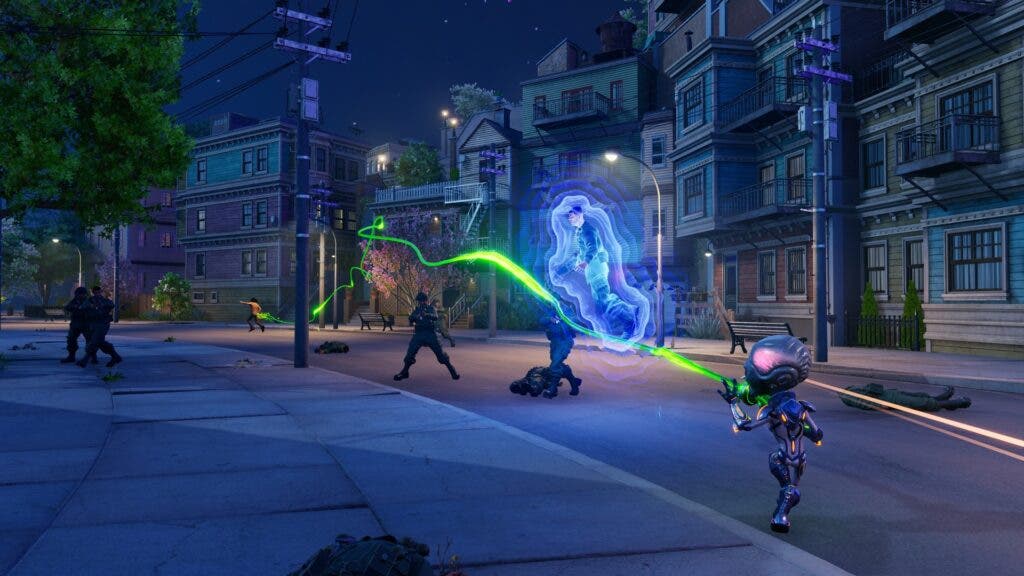 Destroy All Humans! 2 – Reprobed eschews the dated level format and opts for a semi-open-world. With five cities to choose from, all missions that can be started from the world without returning to orbit each time (there’s at least a story reason why you don’t do this). There’s nearly 30 missions across the whole game, and should take you around 10 hours to complete. Longer if you take the time to complete the Odd Jobs (quite the obvious James Bond reference), or side missions that are available. The side missions have seen a massive improvement, getting an overhaul to be more fleshed out than its predecessor. The first game focused a lot on stealth, and while that’s beneficial in this game, it’s far less of a requirement and thusly more enjoyable as a result. The main missions, while chaotic in their presentation, are a lot more fun to partake in, even when the action gets heavy. When not in a mission, you’re free to explore, destroy, and find collectibles. No matter how you play it, it’s nice that it cuts down in the loading and feeling less restrictive. One aspect of the game is unlocking landing site locations, which you have to perform some sort of task for this alien stone that is keeping it locked. Some of them are easy and straightforward like luring three women to the stone, but they get old fast. And for the most part the challenges are fun, at first, but unlocking each new spot becomes tedious. Thankfully this all goes fast, and there’s far better and more exciting things to do in each area.

What’s a Crypto without an arsenal of weapons to fire at innocent and guilty humans? Not much! The famed lightning gun returns, and will be your go-to weapon on more than one occasion simply due to its infinite ammo. New to the series the Free Love visor, it forces people to dance to psychedelic music. It’s here when they are entranced that you can take over a human body without someone being any wiser. When you possess someone, it’s really funny as you enter cutscenes as that person but with Crypto’s voice still. The anal probe returns, and now has a specific timing to employ successfully, but is extremely satisfying to hear that head pop and watch the brain spill out. The disintegrator ray is a hot time, eliminating the tougher enemies in just a few shots. Ammo is limited, but Crypto has the ability to transmogrify objects into ammo that makes it a non-issue. There’s a bigger roster of weapons this time around, and all of them just as satisfying. Though there’s the classics like the jetpack and psychokinesis that doesn’t go out of style. Being able to pick-up humans and toss them nearly into space is never not funny to make happen. When it’s time to rain chaos, the meteor strike is a perfect outlet. 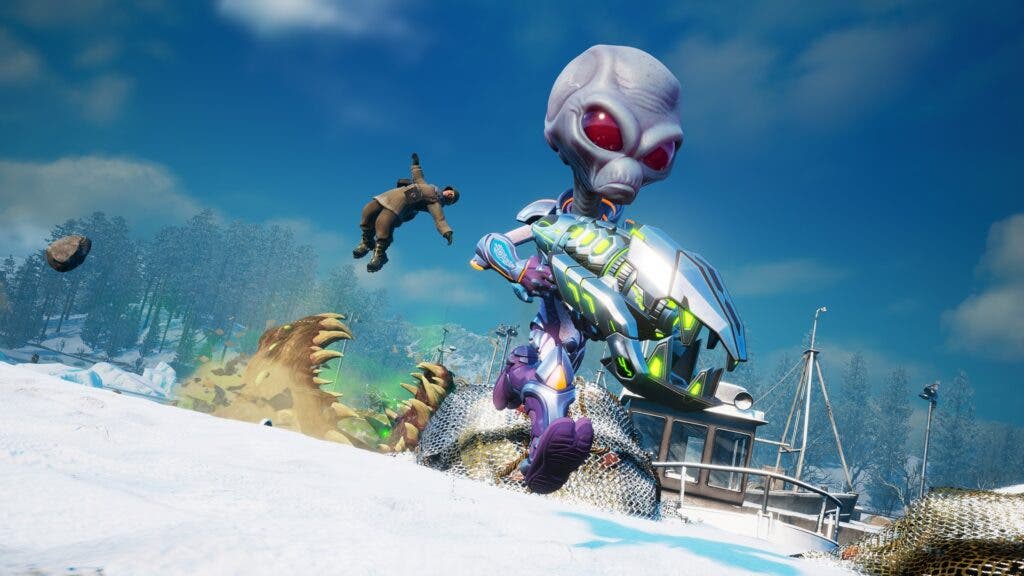 The game’s bosses are all unique and rather easy to defeat, though this can be said about the game as whole. The boss encounters almost suffer because regardless of difficulty, they can be taken down quickly. Whether it’s the legally distinct not-Godzilla monster when in Japan or the shroomed-up hippie in a color-shifting not-Wonderland, you’ll have your fair share of zaniness to be found in the enemy situations you find yourself in before you start the next mission. It becomes easy to learn how to defeat each one in no time, and that’s only half of it, as these are where you’ll use the breadth of your weaponry.

Crypto’s saucer is initially too damaged to fly, so there’s a short side mission to get it fixed up. In the cutscenes, Crypto plays to the camera as if it’s a really bothersome thing (that games do), but it’s not that big of a deal. The saucer is really fun, and it’s so fast to make building crumble after just a few seconds of concentrated laser fire. Overall, the controls of the ship are pretty janky, but rather simple all the same. There’s actually a lot less of the saucer sequences in missions than in the prior game, but you’re free to hop in from some wanton destruction at any time. Destroy All Humans! 2 – Reprobed comes with a healthy amount of Crypto skins to swap to, plus it doesn’t require going to the saucer, it can be done from the menu. With all of them being so well-designed, I don’t think many will be staying on any one for so long.

When you’ve completed a mission, you’ll be rated for your percentage of completion which includes side objectives. For your efforts, you’ll be rewarded with furotech cells which can be used to purchase upgrades at the Pox Mart, only accessed from the saucer at any landing pad. It’s here you can change saucer skins, upgrade weapons and Crypto, or even head to a different area of the game (once unlocked from the campaign). If this feels familiar, is because a lot of the systems here carry over and weren’t really changed or updated – if it ain’t broke.

Lastly, while I didn’t play the game this way, it supports two-player co-op at any time, just plug in another controller and a friend can drop right in. Now, there’s no separate story mode or explanation, it just exists and that’s more than enough to justify it. I’m very appreciative of the fact that this mode was retained from the original release of the game, giving it that nostalgia flair without any compromise or loss. Now this co-op doesn’t extend to online (or does it?), but it is still appreciated. 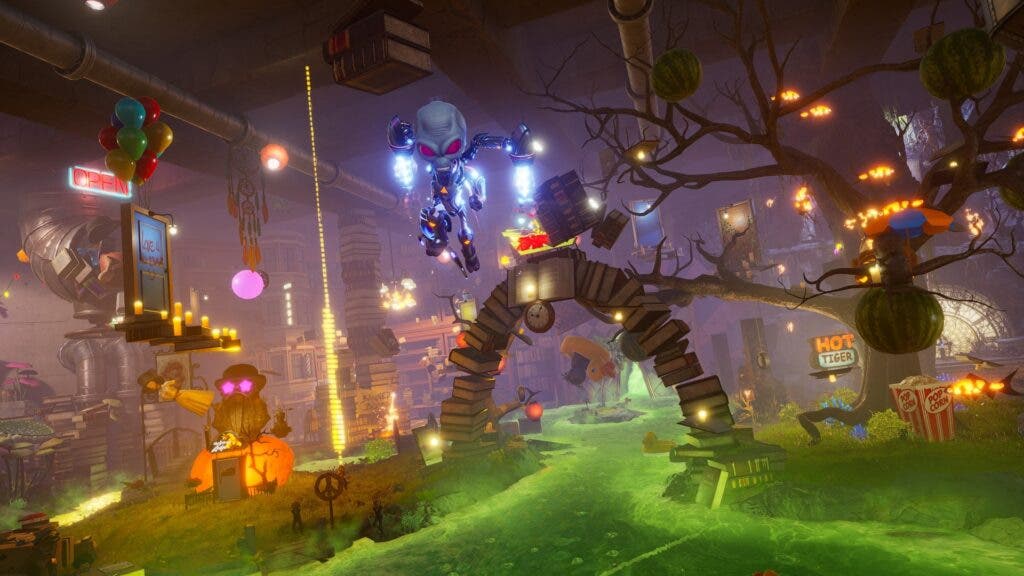 There’s some unsightly bugs present in this game, at least at the time of release. I saw cars driving in backyards and on sidewalks, seemingly not following any pathing. Then I had pedestrians clipping through objects or running infinitely into an invisible wall. None of these ruined the experience, but compared to the first game, were surprising to see at all. I’m constantly impressed at how crisp the visuals are. Everything from the character models to vehicles to individual props are so detailed, in their own cartoonish way. I noticed that Crypto will often have mud or dirt on his body if he battles or traverses through that type of terrain. Such a small detail, but with a big impact, something Black Forest Games didn’t have to do. Once again powered by the Unreal Engine 4, the game just shines and hums along at least 60fps with every setting maxed. Turning on DLSS will create an improvement to around 75fps. It’s an impressive looking game. 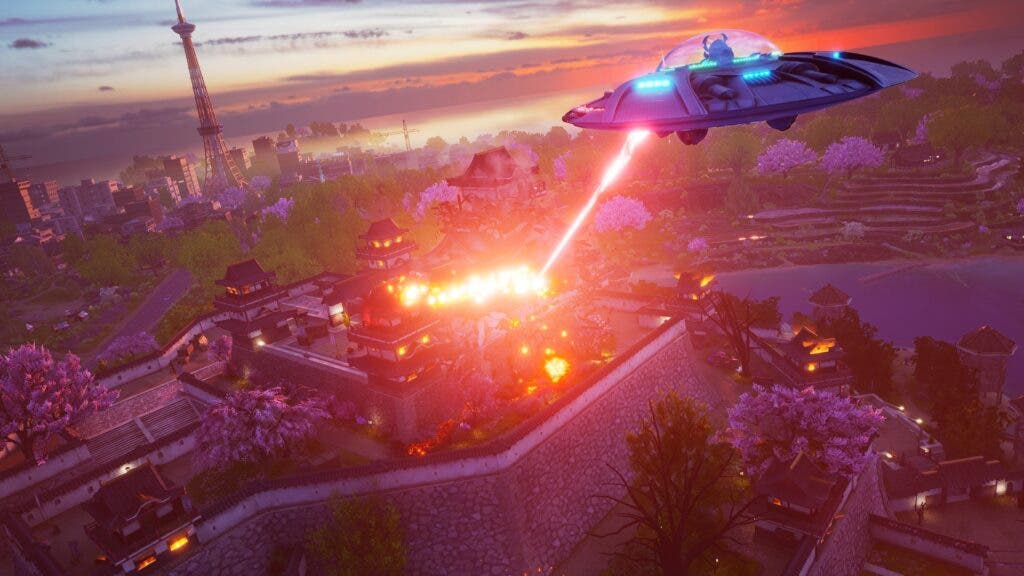