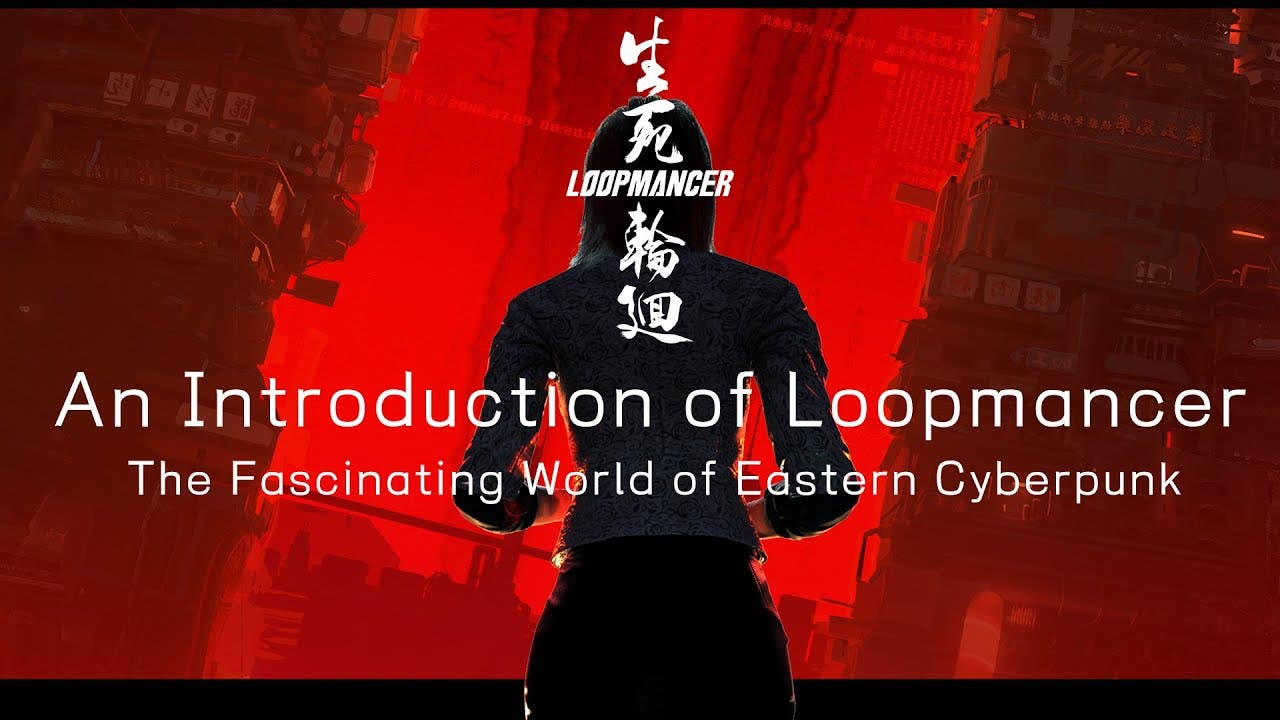 BEIJING, CHINA – AUGUST 30, 2022 – Developer eBrain Studio has released a new update and revealed a roadmap for cyberpunk action roguelite LOOPMANCER, which is out now on Steam and the Epic Games Store. A weeklong discount of 10 percent is now in effect on Steam until September 5.

Since its launch last month, LOOPMANCER has received a variety of improvements and new features requested by the community. These include difficulty rebalancing, expanded customizable control schemes, auto-pickup of files, cues for incoming attacks from beyond the screen, task and trap layout improvements, and more.

Today’s v1.03 update introduces a gallery where players can unlock concept art and character models as they make their way through Dragon City. It also adds widescreen support, improves sorting of collectible files, and enhances player visibility of enemies, among other features.

LOOPMANCER’s incoming v1.04 update will add a Rogue Build system that increases the variety of combat in the game. Players will be able to equip all outfits, weapons, and buffs with additional effects, thus allowing them to use murdered enemies as corpse bombs or deal ramming damage during dashes. The v1.05 will introduce a challenge mode where players will be able to freely assemble stages and enjoy an endless adrenaline rush. Expect more news regarding these updates soon.

Today’s Systems Showcase video sheds more light on LOOPMANCER’s neo-noir narrative, treacherous randomized world, and the vast array of lethal armaments available to private detective Xiang Zixu. In the game, players are able to wield melee weapons, firearms, tactical gear, prosthetic limb chips, special moves, and more to take down a hordes of enemies, including an army of bionic ninjas controlled by the fearsome Hiroyuki Ogata and a gang of hooligan mobsters led by the infamous Wei Long.

LOOPMANCER follows Xiang as he explores a violent megacity underworld to investigate the vanishing of a famous reporter. When the detective awakens in his bed on the morning of his demise, he discovers time resets every time he bites the dust. A tale of murder, mystery, and revenge unfolds across seven vast cyberpunk levels, each rife with secrets hidden in randomly generated layouts. Avoid traps, solve puzzles, and topple formidable bosses with an array of cybernetic enhancements, high-tech guns, and martial arts skills to unlock one of seven unique endings.

The path to become a LOOPMANCER won’t be easy. Are you ready to soak neon-lit streets with the blood of Dragon City’s criminal underbelly?

“You have to be true to your word,” says LOOPMANCER’s mob boss Wei Long. “If I say I’ll kill you… Then I’ll kill you.”

Players with GeForce RTX can activate ray tracing and NVIDIA DLSS to experience unparalleled graphical quality and AI-powered performance boosts. Ray-traced reflection tech further immerses players in LOOPMANCER’s twisted cyberpunk world, from the festive spirits in the pavilions and the blinding neon lights in the heart of the metropolis to the thunderstorms of Feng Li Walled City and the unsettling darkness of a decaying village.