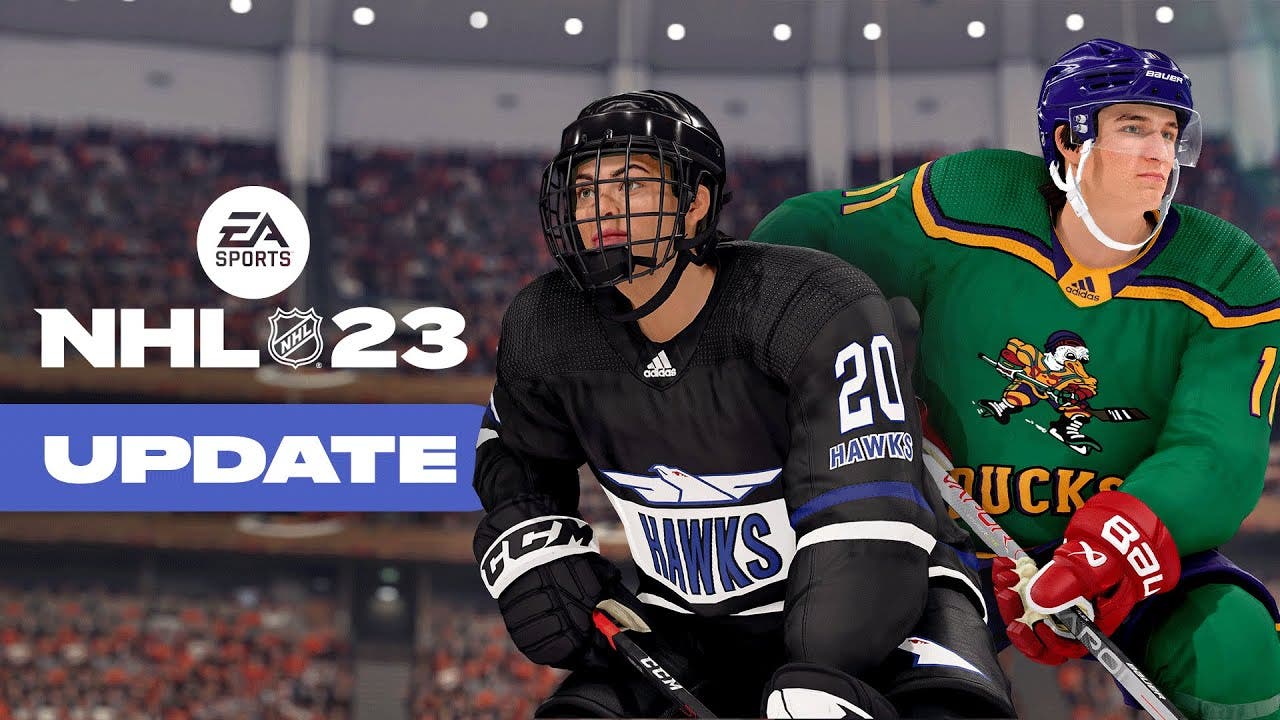 In celebration of the 30th anniversary year of The Mighty Ducks, NHL 23 will feature exclusive in-game content such as a variety of skates, jerseys and an ICON choice pack through the “Fly Together” Update, in partnership with Adidas. By logging in starting today, players can claim free cosmetic items in NHL 23’s World of Chel and Hockey Ultimate Team modes through Jan. 2, 2023.

Until then, players can receive the following in-game items, as well as be able to purchase the ICON Choice Pack that features legendary NHL players:

Watch the NHL 23 – ‘Fly Together’ update video featuring the Mighty Ducks jerseys here. You can also find more details about the Fly Together Update via the official blog post here, as well as find assets here.