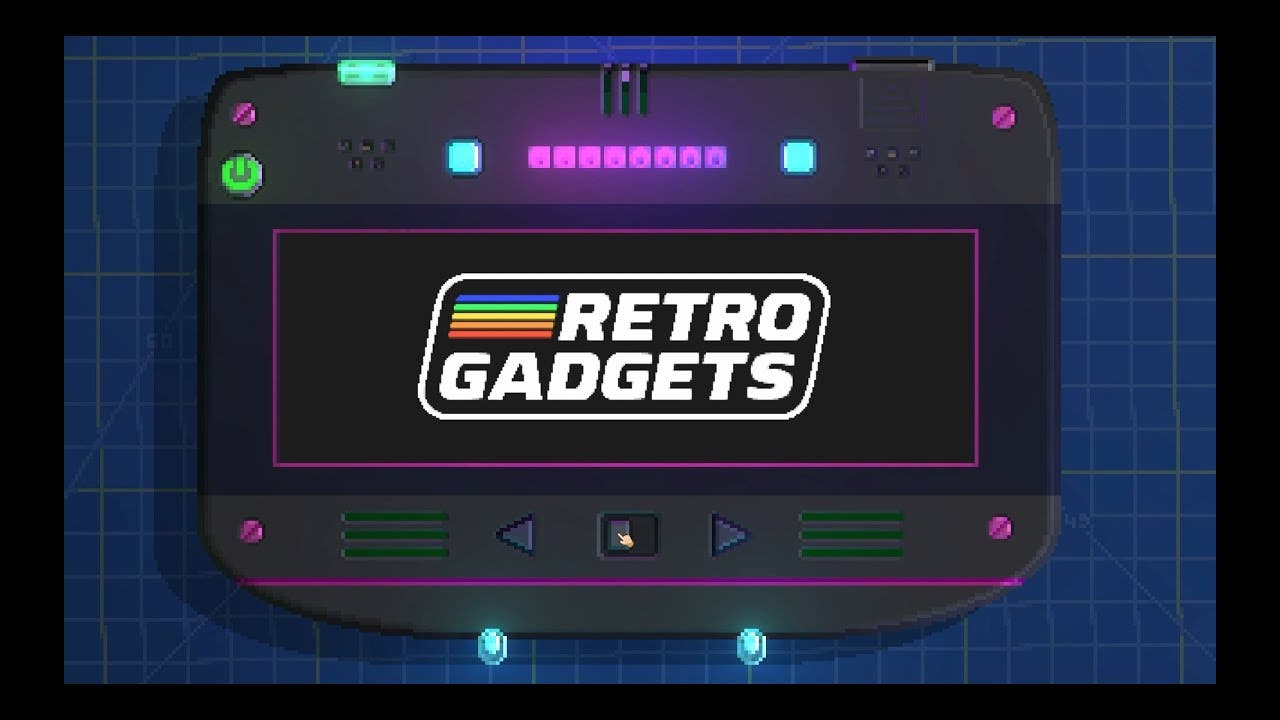 Invent, code, and share devices of your own making in Retro Gadgets, launching into Steam Early Access on November 30th

Bologna, Italy, November 8rd, 2022 – Evil Licorice has today announced that their debut title Retro Gadgets will launch via Steam Early Access on November 30th. The gadget-creation title lets players make, code, and customise their own gadgets and share them with the world. The first playable demo saw thousands of inventors make all sorts of devices, from fully playable portable consoles to functional MP3 players, and even 3D painting tools.

In Retro Gadgets, players make and customise their own gadgets, which they can code to bring to life before sharing with the community. Working in a tactile interface, tinkerers will press buttons, flick switches, twist dials, and move joysticks to build and interact with any gadget they can think of. The game features full Steam Workshop integration, letting players download, inspect and reverse engineer each other’s projects to create their own versions.

Doubling up as an educational tool, Retro Gadgets lets players create their gadgets with full support for Lua code, including a documented editor. This enables gadgets to come to life, from video game consoles to live weather stations and calculators. Once built, creators can use their gadgets on their desktops while running Retro Gadgets. In the future, players and designers will be able to export their projects and use them individually as widgets on their Windows computers. Make a tool you need for your daily workflow in Retro Gadgets and export it for your personal use.

“Being such a niche game, I was expecting Retro Gadgets to be basically invisible during the Steam Next Fest. Well, I was very wrong: the game reached spot #15 in the most popular demos chart and has been downloaded more than 30,000 times! Mind-blowing!”, says Marco Bancale, co-founder and game designer at Evil Licorice.

Retro Gadgets will be released in Early Access on November 30th on PC via Steam. Players can wishlist the title directly on its official page, and stay connected via Discord and Twitter.