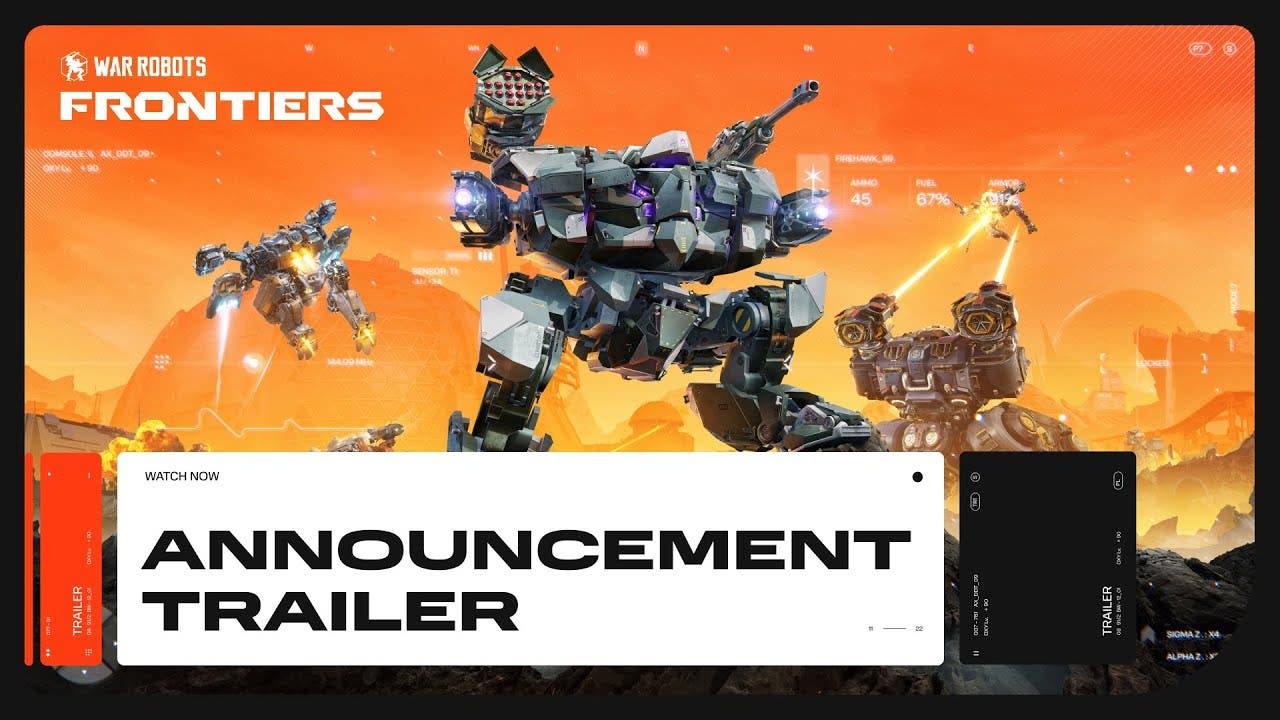 Amsterdam — Nov. 10, 2022 – MY.GAMES and Pixonic have unveiled their new multiplayer, third-person mech shooter in the popular War Robots universe. The new title will be available on PlayStation 4, PlayStation 5, Xbox Series X|S, Xbox One and PC. Steam Early Access is currently scheduled to begin on November 24 which is open for anyone who pre-order a Pioneer pack. Full release of the game is scheduled for 2023.

Games will unfold over fully destructible environments on distant planets in intense 6v6 matches. As the battles rage, the great iron fury of the high powered weapons on the war machines will wreak havoc on the environment as players scramble for control of objectives. Pilots will have to be smart in how they utilize their limited amount of customizable mechs during battles. Will they deploy a swift close-quarters robot that relies on stealth and upclose fire power or deploy devastating ordnance from a distance with heavy cannons and missiles? Especially successful pilots will also be able to unleash their Alpha during the match, a massive machine of death that can turn the tide of any engagement with their overwhelming firepower and tactical abilities.

Steam Early Access will commence on November 24th via  Steam in which players can take a first look at the game if they buy a Pioneer pack that not only contains access to the game but also contains items for the game.  Pioneer packs will be available via the website of the game and on Steam from November 24th onwards.

War Robots is a third person mobile shooter developed by Pixonic. Released in 2014, the game keeps growing. It has more than 200 million registered users, thousands of hundreds active players daily and a huge community of fans. Now the War Robots universe is being expanded with Frontiers — a totally new high-end experience for PC and consoles, running on Unreal Engine 5.

MY.GAMES is a leading European publisher and developer headquartered in Amsterdam, with more than one bln registered users worldwide. The company develops games for PC, Console, and mobile platforms. War Robots, Hustle Castle, Rush Royale, Left to Survive, Warface, and many other games were produced by MY.GAMES. The company unites over a dozen development studios, a strong international team of game specialists. MY.GAMES not only creates and publishes games, but also actively helps talented developers through its investment arm MGVC (top 10 game strategic investor globally). The global MY.GAMES and MGVC partner network comprises over 50 studios.

Pixonic is a MY.GAMES’ studio based in Limassol, Cyprus. Founded in 2009 as a small startup, the studio now has more than 200 team members, while its mobile hit War Robots has over 200 mln registered players. Today Pixonic continues researching the market, working on new hit titles and striving to deliver more engaging experiences to the players.