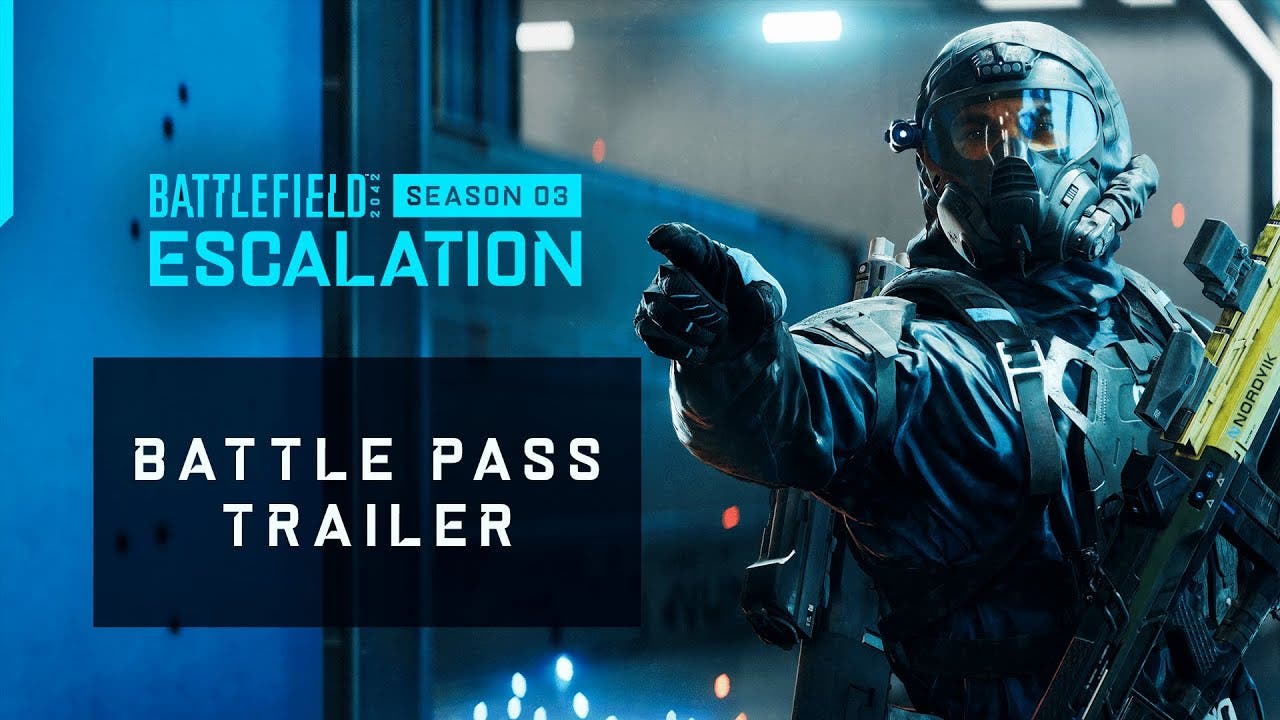 Today, EA and the Battlefield team premiered a brand-new trailer for Battlefield 2042 Season 3: Escalation’s latest iteration of the Battle Pass. In addition to the new map, Specialist, weapons, vehicle and more, the Season 3 Battle Pass includes 100 new tiers of content.

The trailer features Egyptian-born Specialist and security expert Rasheed Zain who is adept at flushing foes out of cover with his XM370A Airburst Rifle. Zain’s perseverance under pressure and his ability to immediately recharge his health after taking out an enemy can be seen in action.

This season’s Battle Pass contains the brand-new EMKV90-TOR Tank, Rorsch Mk-4 Railgun, NVK-S22 Smart Shotgun, NVK-P125 Bullpup Pistol, and Throwing Knife – all earnable for free – as well as a bevy of premium cosmetics, including the following: