You can pre-load on September 27th, then play on October 1st.

EA does have a resource surrounding other questions about the Battlefield 4 Beta: https://help.ea.com/article/battlefield-4-exclusive-beta-access-information

By Scott Ellison II (@Hawk_SE)
The fourth of five Battlefield expansions, featuring a balanced mix of indoors and outdoors. The outdoor areas are vast and open allowing it to feel completely separate from the indoor areas. The building constructed that make up the indoor areas are tight, almost claustrophobic at times. This blends the feeling of the Close Quarters DLC with the Armored Kill DLC in interesting ways, making for more variety and versatility in attacking and defending objectives.

Rise from the ashes and fight for survival! In Battlefield 3: Aftermath, players fight for supremacy amongst shattered streets and buildings across four earthquake ravaged maps.

This launch trailer features footage from all four maps and features the new crossbow, vehicles, and the new Scavenger game mode where players armed only with a pistol must search the environment for more powerful weapons. 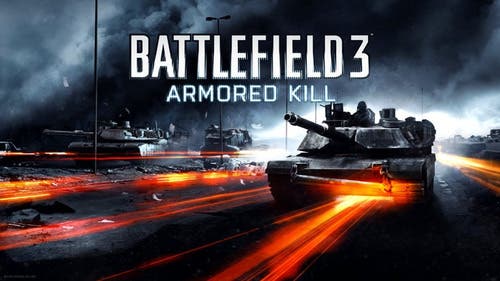 The third of five Battlefield expansions, features the largest maps Battlefield 3 has ever seen. The map design and feel complete the experience and feel reminiscent to Battlefield 1942 in some ways. The greater focus on tanks and air superiority make for an easy way to unlock items for vehicles but also make infantry a very fragile role to play in a larger battle. 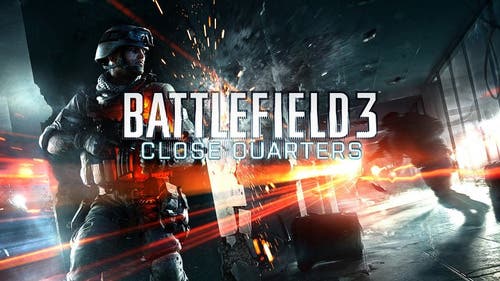 The second expansion is a more intimate experience than what you’d expect Battlefield to have. This is where it succeeds and fails. It does well in creating a highly explosive and a barrage of weaponry in close-knit spaces. The interiors have been changed and focus on deteriorating walls from bullets and grenades due to their thin material. Each map has a focused attention to detail in lighting that starkly contrasts the other maps in the game. 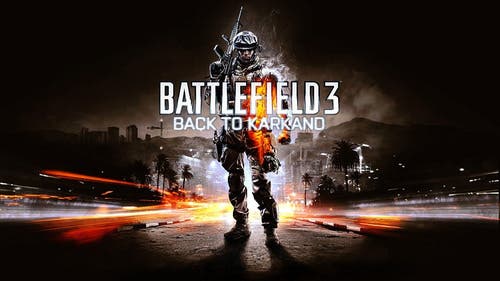 Battlefield 3: Back to Karkand Review

The first expansion for Battlefield 3 is nostalgic trip, revisiting some classic maps from Battlefield 2 while updating them for a fresh experience using Frostbite 2.

Coming this September, Battlefield 3: Armored Kill is the next digital expansion pack in the Battlefield 3 series and introduces a host of exclusive in-game content, new vehicles, assignments and more.

Taking vehicular mayhem to the next level as only Battlefield can, Battlefield 3: Armored Kill features 5 new drivable vehicles including mobile artillery, tanks, ATV’s complete with over 20 vehicle specific unlocks. Players will also have the ability to spawn in the all-new gunship and rain death from above.

The Battlefield army is over 12 Million strong and growing every day as Battlefield 3 and its first expansion, Battlefield 3: Back to Karkand continues to recruit gamers around the world with its dynamic sandbox gameplay and state-of-the-art technology. Today, DICE, an Electronic Arts Inc. (NASDAQ: EA) studio, demonstrates its ongoing commitment to fans by unveiling three new themed digital expansion packs* that will enhance the superior Battlefield experience with fresh and innovative gameplay, new modes, unique environments and more ways to wage all-out-war on the battlefield. Powered by the Frostbite 2 engine, the next expansion packs are: Battlefield 3: Close Quarters in June, Battlefield 3: Armored Kill in the fall, and Battlefield 3: End Game in the winter.

“Instead of delivering piecemeal map packs, we’re giving players a completely new experience with every themed expansion pack to keep the action fresh. Our expansions are designed to excite our large and active fan base while attracting new recruits with gameplay that is dynamic and unpredictable every time.”

From the football field to the battlefield, the Battlefield 3™ experience comes alive this fall! Electronic Arts Inc. (NASDAQ: ERTS) today announced that it has teamed up with some of football’s biggest stars for an exclusive reality show titled GTTV Presents Battlefield 3: Operation Gridiron. Airing on Spike TV this fall, the show takes quarterback Drew Brees, linebacker Clay Matthews, wide receiver Larry Fitzgerald, and defensive end Jared Allen into real-life combat scenarios inspired by the award–winning videogame, Battlefield 3. Filmed at a top secret location, these all-star athletes are provided the ultimate in combat training by some of the world’s most elite Special Operations Warriors. Following their advanced training, they must work together as a team to accomplish a live simulated operation, pulled straight from the gritty war scenarios players will face in the game. Starting today, weekly Tuesday webisodes will be posted at 9:00am PDT on the Battlefield Facebook page. The finale will air on Spike TV on October 24 at 12:00am EST/PDT and at 11:00pm CST. Gamers can “LIKE” Battlefield 3 on www.facebook.com/battlefield to view the Battlefield 3: Operation Gridiron webseries.

“Taking to the battlefield in these real life war settings was really exciting and eye-opening,” said All-Pro quarterback Drew Brees. “Every day men and women face challenges similar to what we tackled in this show but with potential dire consequences. Filming this show once again reinforced my respect for the soldiers who fight every day for our freedom.”

Battlefield 3, developed by DICE in Stockholm Sweden, is one of the most anticipated games of 2011, having already earned more than 50 awards including ‘Best Action Game’ and ‘Best Online Multiplayer Game.’ Critics praise the game for its intense gameplay experience, powered by the Frostbite™ 2 state-of-the-art game engine that delivers superior performance in character animation, visual rendering, audio and physical destruction. To accompany the game, Orion Publishing will release a novel called Battlefield 3: The Russian written by the highly decorated ex-SAS operator and best-selling author of Bravo Two Zero, Andy McNab, with co-author Peter Grimsdale. McNab is working with the creative team at DICE to ensure the authenticity and grittiness of today’s warfare is experienced in the single player, co-op and multiplayer campaigns. Battlefield 3 will be available October 25, 2011 in North America for the PlayStation®3 computer entertainment system, the Xbox 360® videogame entertainment system and the PC.

With the release of the Diablo III beta, I’ve been thinking back of the games released this year and as it turns out, there are A LOT of games with “3” or “III” in their title. It’s not all bad, as a three shows the game is an established franchise and is possibly the end of a trilogy. It’s something worth getting excited for.

Take a vote in our poll of what you think has been or will be the best game with three in the title.

Do Your Homework – EA did not buy ModernWarfare3.com (directly)

So you’ve all probably clicked the link to: www.modernwarfare3.com. Quickly you realize this is NOT the official site for Activision’s third installment on the series, Modern Warfare 3 – CallOfDuty.com is. I did my homework, and despite what rumors there are floating around that Electronic Arts bought the domain, they haven’t. At least, not directly – perhaps they’ve contracted the purchase to not be directly linked.

But here are the results of a WHOIS search on Battlefield.com:

Now compare to the results of a WHOIS search on ModernWarfare3.com:

We will have to wait for an official announcement from Electronic Arts whether they were involved or not. Activision never owned ModernWarfare3.com – so it’s not a case of “swooping” the domain.

The behemoth is back. Just a day after the announcement that Battlefield 1943 and Battlefield Bad Company 2’s DLC: Onslaught were both cancelled for PC, DICE and GameInformer revealed the cover to the magazine and a teaser trailer for BATTLEFIELD 3:

It’s a sad day for Battlefield fans wondering where 1943 and Onslaught mode for Bad Company 2 is.