“Since launch, over 15 million people worldwide have enjoyed the thrill of Battlefield, and with the release of Battlefield 3 Premium Edition the community is set to surge once again. Packing a ton of gameplay at an incredible price, there has never been a better time to jump in and see what all the fun is about. We look forward to seeing some new faces on the battlefield,” said Patrick Bach, Executive Producer,Battlefield 3. 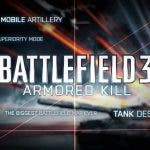