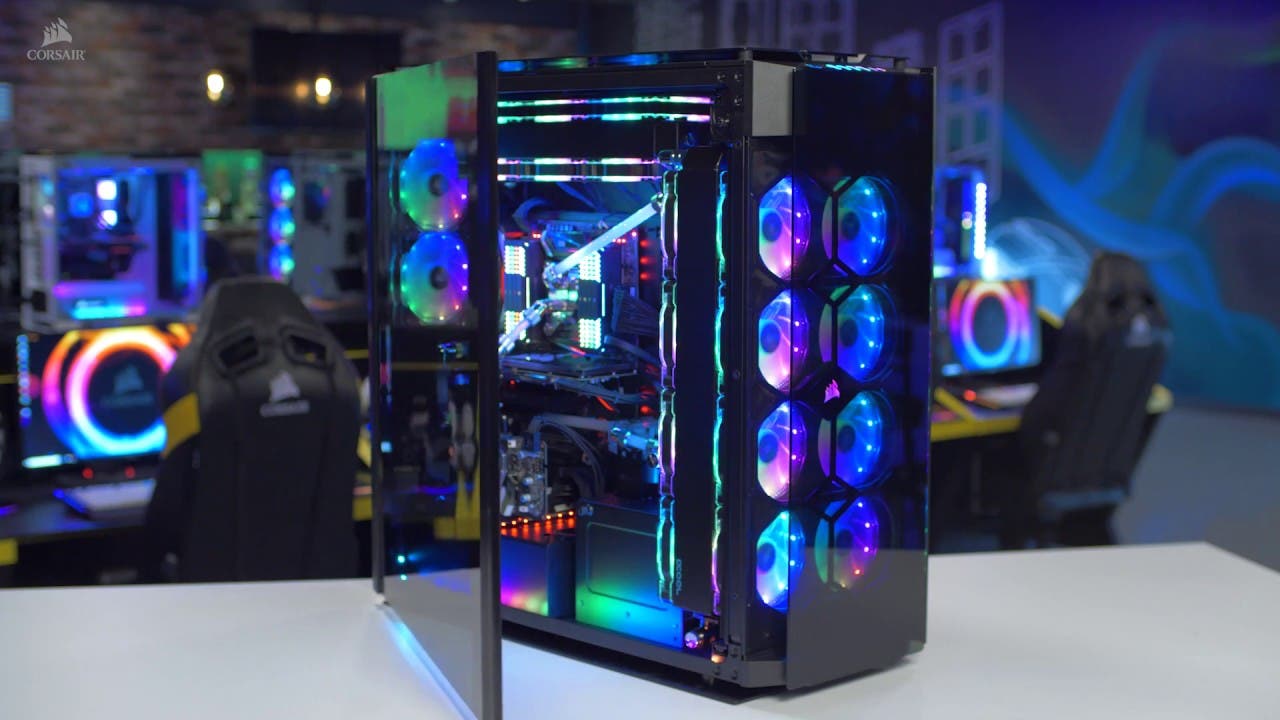 CORSAIR just released the Obsidian 1000D gaming case, this thing is large and in charge

Corsair, a world leader in enthusiast PC hardware and components, today announced the immediate availability of the Corsair Carbide Series SPEC-ALPHA mid-tower gaming case. With a large side panel window and bold angular styling, the SPEC-ALPHA offers sharp looks in black/grey, red/white or the previously un-announced black/red to complement its efficient cooling. Packed with features to make your next gaming PC build better, the SPEC-ALPHA boasts three 120mm fans for Direct Airflow Path cooling, a three-speed fan control and the ability to house a variety of high-end PC hardware.

Lian-Li Industrial Co. Ltd today announces the PC-V33. Available in 3 choices: brushed aluminum in silver or black, or internal black with a tempered glass side door. The PC-V33 does not restrict PSU, GPU or main board choice due to size or power consumption: it’s designed to accommodate full-sized gaming hardware in a compact form-factor. Its cube styling makes it a companion you can take with anywhere you need full-sized computing and still have room for a 240 mm water cooling radiator to be mounted inside. The most unique feature is the canopy top that opens the whole cube for easy building.

Razer partners with NZXT for the NZXT S340 PC case, coming in September

Razer, a world leader in connected devices and software for gamers, today announced the NZXT S340 – Designed by Razer PC case. The chassis is the latest product to launch from the “Designed by Razer” licensing program, an initiative that provides for third-party production and sale of Razer-designed and -branded PC cases.