Infinity Blade franchise made A LOT of money

Epic Games, Inc. and its award-winning Salt Lake City-based development studio, ChAIR Entertainment, today announced that earnings from ChAIR’s blockbuster Infinity Blade video game franchise have eclipsed $30 million in just one year since the introduction of the original game. One of the most popular gaming franchises to be launched on the App Store, the award-winning series has also created significant licensing interest in the underlying Unreal Engine 3 technology from developers worldwide.

“The success of the Infinity Blade franchise is testament to our talented team who is devoted to making games we want to play, all while using Unreal Engine technology to redefine what is expected from games on iOS devices,” Epic Games President Dr. Michael Capps said. “We have so much more in store for players, and will continue to make great content for Apple’s evolving platforms.”

Infinity Blade II is available for download from the App Store (www.itunes.com/appstore) for $6.99 and is a universal app. The game is compatible with iPhone 3GS, iPhone 4, iPhone 4S, iPad, iPad 2, iPod touch 3 (16GB+) and iPod touch 4. 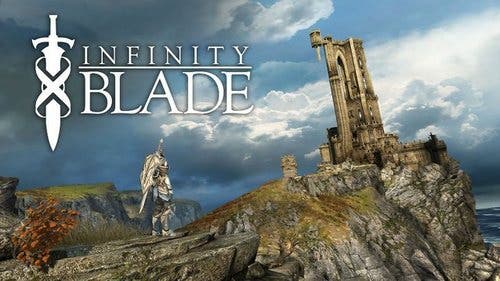 The rule of thumb for mobile games is to make something that you can play for 5-10 minutes and then you move on to another game or reach your destination. Infinity Blade does it’s best to defy that rule of thumb. You start your questline as a warrior out to destroy the God-King, the immortal warrior who has yet to be defeated. It is a typical in RPG-style game where you gain experience from kills and can find treasures of health potions, cash, or new equipment. When you Level Up, you can put your experience points into Health, Attack, Shield, Magic, and there is a Bonus attribute that changes based on equipment you are wearing.