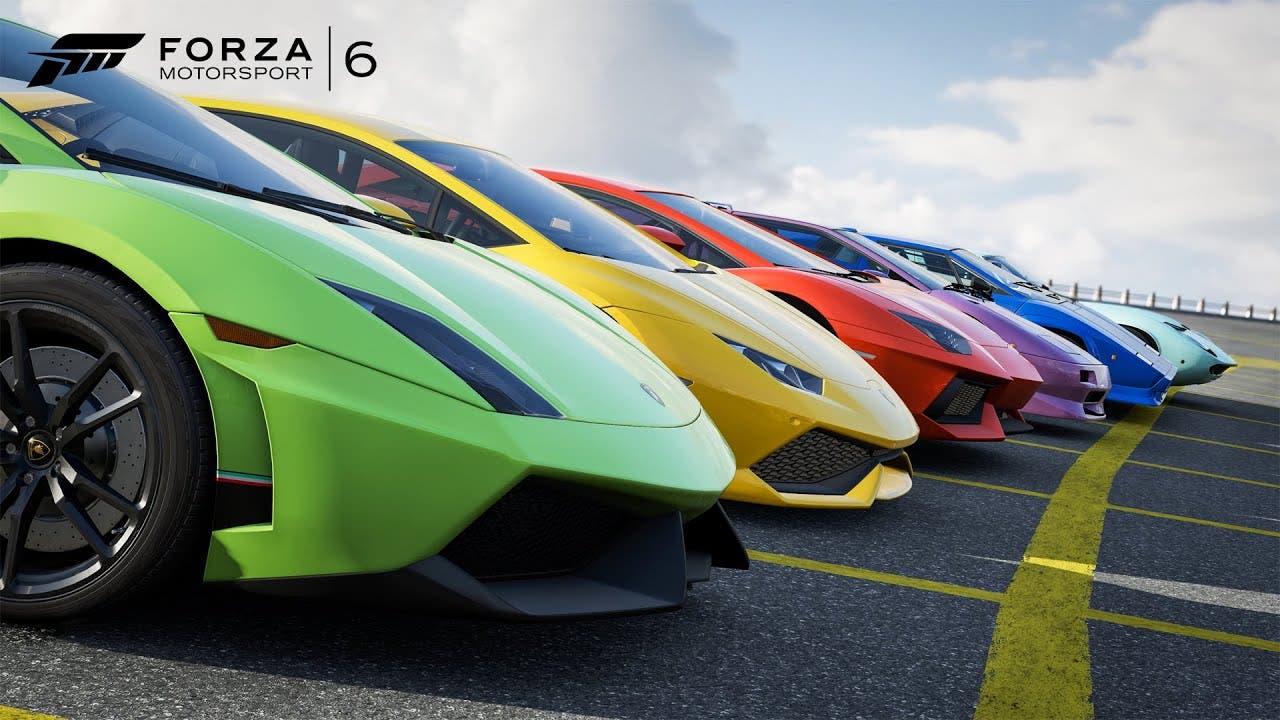 In a new partnership, the Lamborghini Centenario will be the next Forza Motorsport cover car

Xbox is excited to unveil the Xbox One “Forza Motorsport 6” Limited Edition Console in celebration of the 10th anniversary of the critically-acclaimed franchise and the passionate community that has been a part of the landmark racing series for the past decade.

Microsoft, Turn 10 Studios and Ford unveiled their new collaboration today at the North American International Auto Show, announcing the all-new Ford GT ultra-high performance supercar as the featured cover car in the next iteration of the acclaimed racing simulation franchise for Xbox, “Forza Motorsport 6,” launching exclusively on Xbox One.

Turn 10 Studios released the Meguiar’s Car Pack for “Forza Motorsport 5,” available for download today. The pack features a collection of vehicles built from the ground up for the new generation, which car fans can collect and customize while putting their virtual driving skills to the test.

Forza Motorsport 5 getting LaFerrari Car Pack on Day 1, More DLC Packs to May 2014

“Forza Motorsport” has been the foremost racing video game franchise in its support and development of post-release content, delivering new cars months before they hit showrooms, and continuing to add automotive icons sought after by fans around the world.

Forza Motorsport 5 Limited Edition and Day One Edition detailed, and Available for Pre-Order

Day One Car Pack – This three-car pack features amazing cars from Lamborghini, Audi, and Ford; each with a Day One-themed livery and custom tuning package created by the experts at Turn 10. The Day One Car Pack includes the following cars*:

The Day One edition of “Forza Motorsport 5” will be available for an estimated retail price $59.99 at launch and is now available for pre-order at participating retailers.

In the first real expansion pack to Forza Motorsport 4 comes the return of the Porsche manufacturer to the Forza series. While it was present in the first three games, licensing issues prevented the car manufacturer from appearing in the fourth installment. Having resolved those issues, Turn 10 has released a mighty addition to fill the gap in their racing game.

Announced (officially as of now) at the Microsoft Spring Showcase, is Forza Horizon. Developed by Codemasters and Black Rock Studios alumni, Playground Studios.  It appears to be a more open-ended type of racing game for the Forza series. The teaser dates the game will be coming out 2012, which is opposite of the Turn 10 games coming out every odd year (Forza Motorsport in 2005, FM2 in 2007, FM3 in 2009, and FM4 in 2011). So could we be looking at a Call of Duty trade-off with developers for the “Forza” name?

Simulation racing games like Forza are few, so for the fans of the genre we are pretty hardcore about what we want.  Fortunately this year with Forza 4, Turn 10 has delivered. Don’t fret though, you don’t have to be part of the hardcore car crowd to enjoy this game either.  Turn 10 has included a wealth of options and controls to let even your father, the man who can’t move both joysticks at the same time, race side by side with you.  The beauty comes in expanding on the features built into Forza 3 that lets newer or less experienced gamers have access to what all the hub bub is about. For those who haven’t played Forza 3, I’m speaking of the difficulty tweaks that make it easier to control your car, almost the point of having the car turn and brake for you. It’s not about an unfair advantage, but more about having a fun time and that is exactly what this game is, fun.

Leaked today is an internal video for Forza Motorsport 4 set to a cut version of White Zombie’s “More Human Than Human”. Though similar to the EA one we saw a few weeks ago, shows off just Forza 4 in all it’s glory touting all it’s new features. So don’t let me hold you back…

This seems amazing so far. Sorry for the low-res trailer, trying to see if there’s an HD one out there. We will update accordingly once we do. What do you think of this? Will it live up to these promises this fall??

UPDATE: The video we mirrored on YouTube got pulled from Microsoft. That is a good sign this was real. Continue to enjoy the video here until otherwise noted.