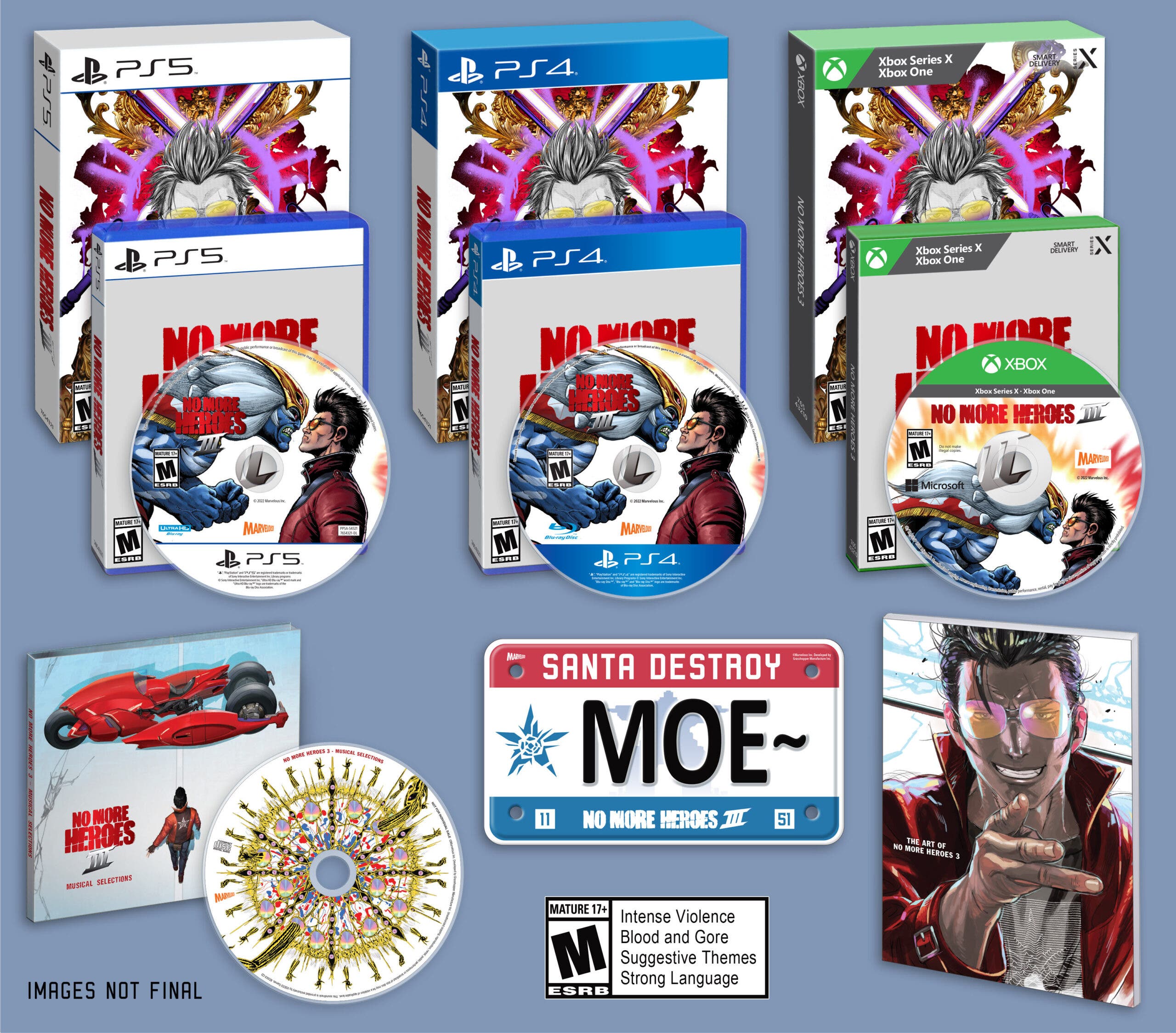 No More Heroes 3 coming to Xbox, PlayStation, and PC this Fall 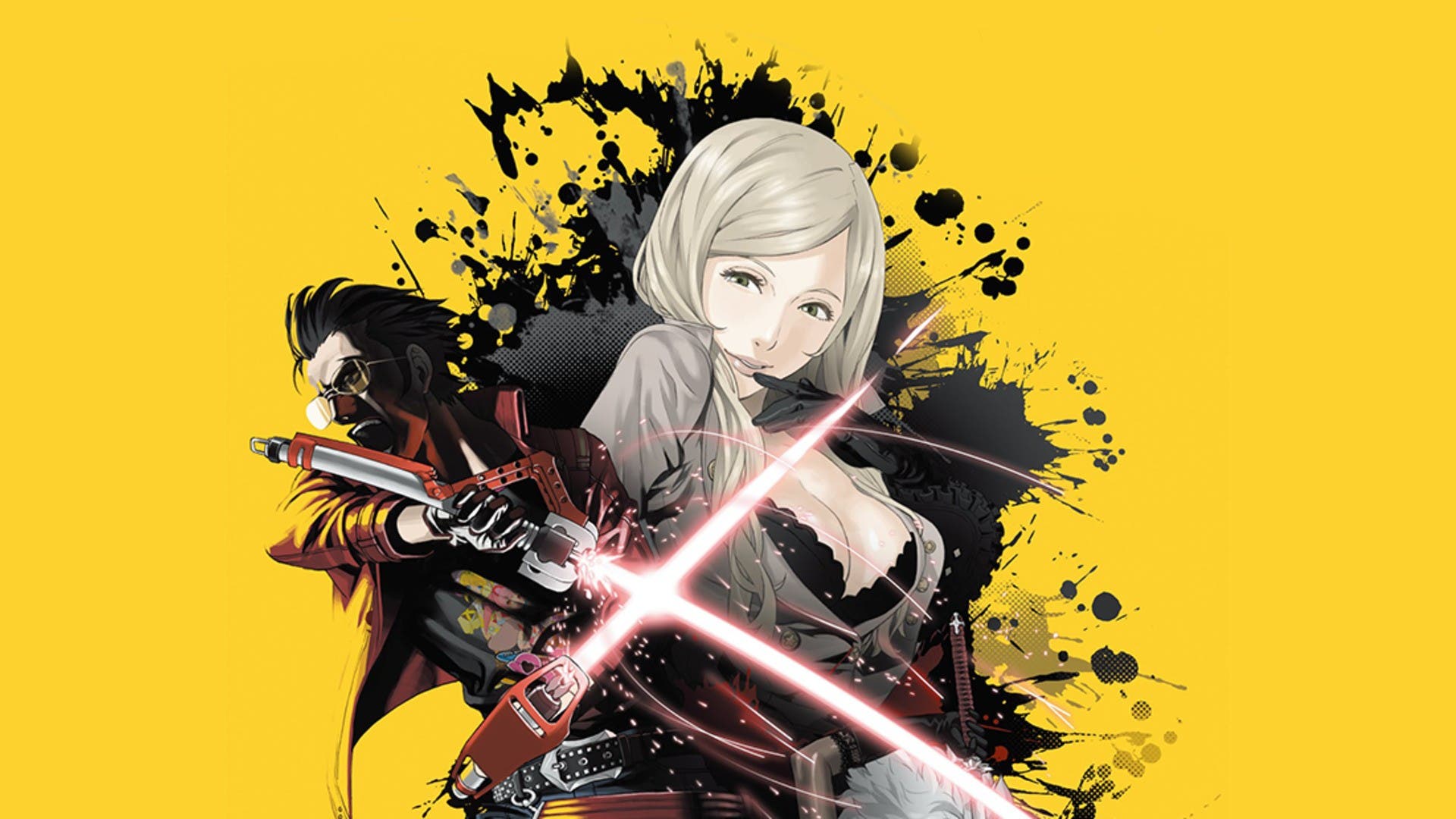 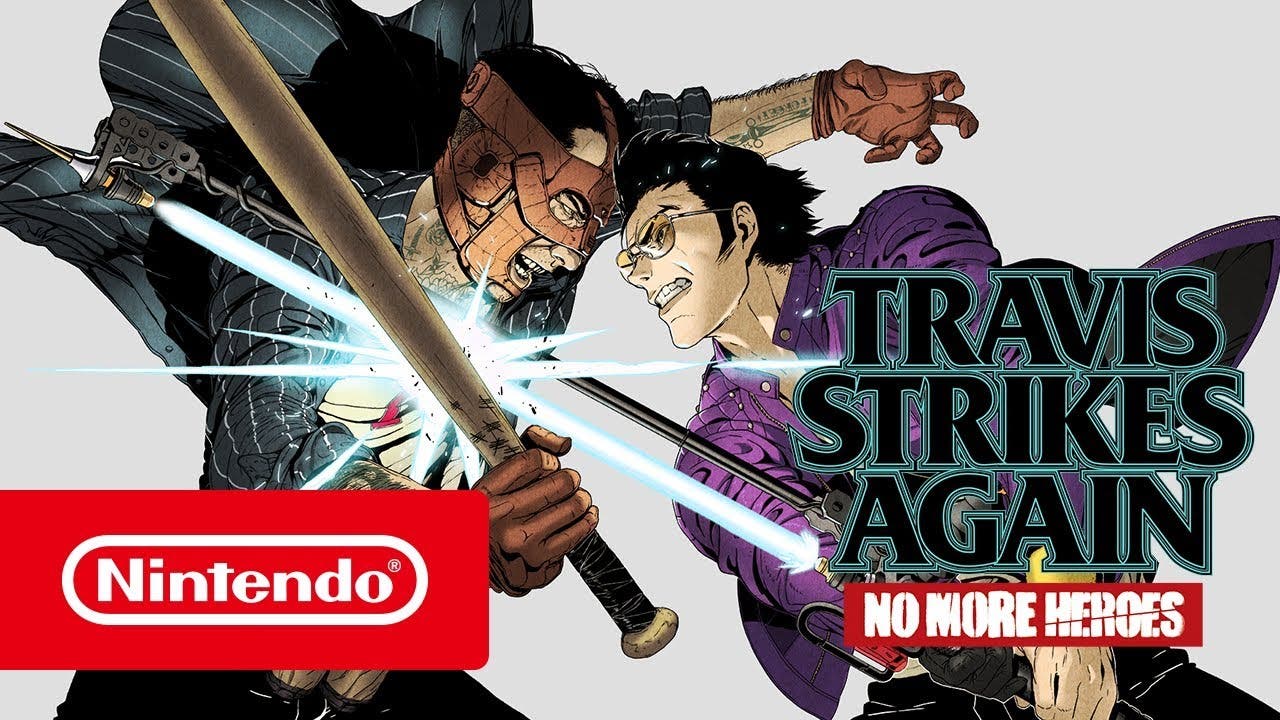 I guess there are still heroes, and his name is Suda51. 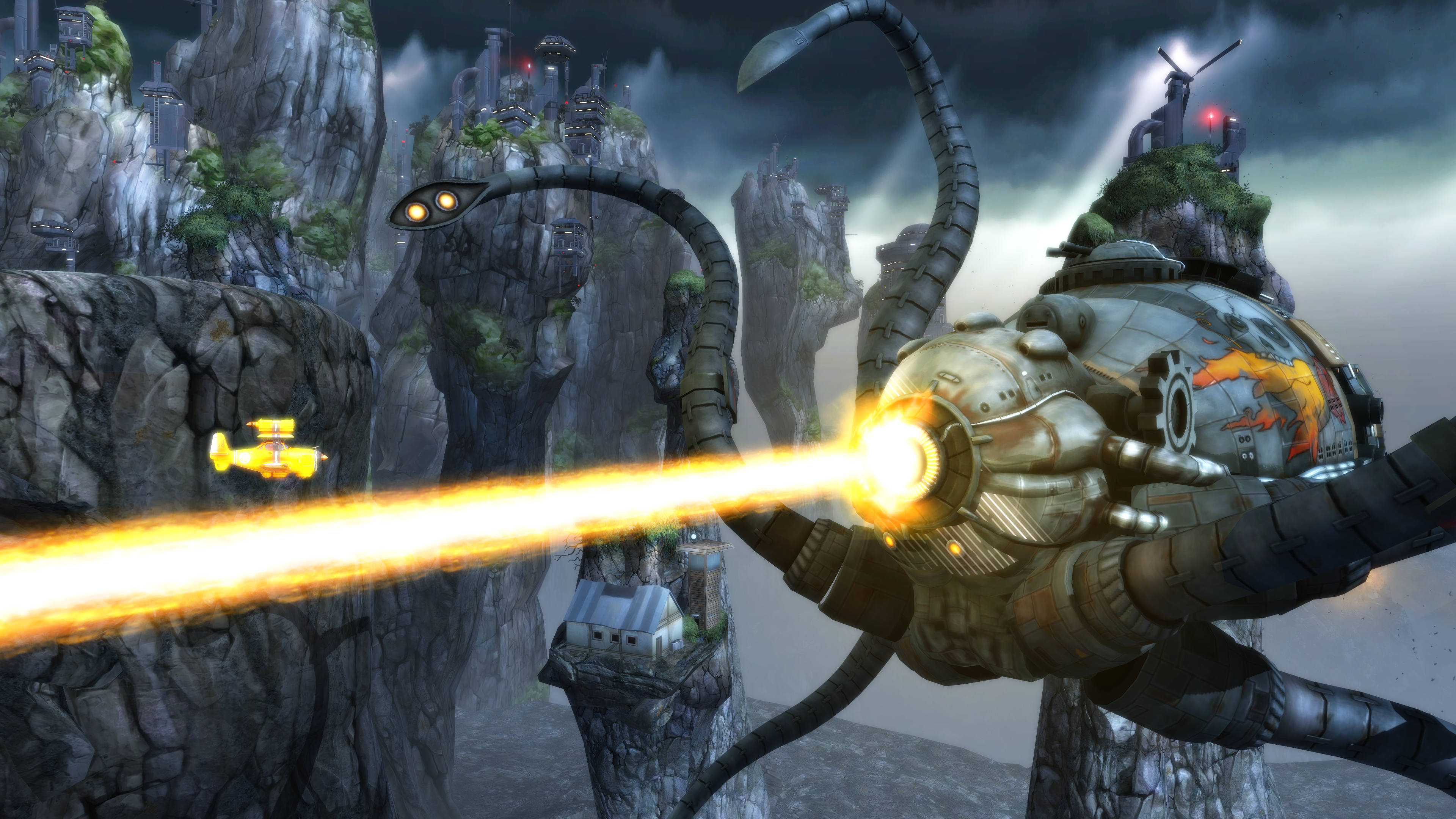 Replaying a game you haven’t played in five years lets you see a lot of things you missed the first time. This brings the classic adage, “what’s old is new again” to light. Sine Mora returns thanks to new publisher THQ Nordic, in the form of Sine Mora EX. Sine Mora EX brings the somber story and visually striking game back to PC, and introduces the game to PlayStation 4 and Xbox One owners. Reanimated corpses, hacking and slashing, theater shows, a flying eyeball companion to solve puzzles, and moving set-pieces add up for an interesting and unique experience. Is it one worth having, or should you keep the curtains closed on this play?

Arguably one of the greatest shmups to come to this console generation, Sine Mora is looking to steal hearts again on PlayStation®Network. Hey, we even liked it – a lot. Sine Mora is the genre-defining creation of Digital Reality and Grasshopper Manufacture, and it’s rife with laser spray, bullet-time madness, insane power-ups and epic boss battles. PSN junkies will soon be dodging and destroying in one of this year’s greatest reviewed games.

“After having an extremely successful launch on Xbox LIVE Arcade and revealing the Vita version at E3 to much praise, we’re excited as ever to bring the experience to yet another platform,” said Balázs Horváth, director of publishing at Digital Reality. “More important than anything, we created something we love, and we know Sine Mora will be loved yet again on PlayStation 3.”

Co-developed by Grasshopper Manufacture and Digital Reality, Sine Mora is a dieselpunk shoot ’em up that provides a unique take on the genre, where time is the ultimate factor. Mixing classic shooter sensibilities with next-gen presentation, Sine Mora defines itself as a gorgeous shmup that appeals to both hardcore and casual gamers alike. Found on Xbox Live Arcade and coming soon to PlayStation®Vita, Sine Mora features over 60 combinations of planes, characters and time manipulation devices to complete every beautifully-crafted stage with scaling difficulty. All of this is set to an epic score of soaring heights composed by Akira Yamaoka (acclaimed for his works on Shadows of the Damned and the Silent Hill series) and with set pieces from boss battles designed by the legendary anime director Mahiro Maeda (Final Fantasy: Unlimited, The Animatrix segment “The Second Renaissance Parts I and II”, and the animation sequence in Quentin Tarantino’s Kill Bill Vol. 1).

Warner Bros. Interactive Entertainment and KADOKAWA GAMES today announced the release of Lollipop Chainsaw, an over-the-top action game for the PlayStation®3 system and the Xbox 360® video game and entertainment system from Microsoft.

Developed by GRASSHOPPER MANUFACTURE, led by Goichi Suda (SUDA51), Lollipop Chainsaw is the ‘un-deadly’ story of sweet, chainsaw wielding zombie hunter Juliet Starling. On her 18th birthday, Juliet must uncover the root of a colossal zombie outbreak.  She slices and dices her way through hordes of the undead, but soon realizes the horde is only the opening act to a festival of zombie rock lords determined to kill her.

This game is stupid. It’s also awesome. I played an early part of the game and Juliet’s diamond crusted chainsaw and hacked zombies away. In a Dead Rising way, you come across survivors who need your help and must save them before their health dwindles and you must fight them instead. Save them and your job is done as they’re whisked away via helicopter to safety. Juliet has a light and heavy attack. The heavy being the chainsaw and can also use her Pom Poms to attack. Build up enough kills and you can use her Sparkle meter to get one-hit kills with the chainsaw. It’s an orgasm of rainbows, sparkles, and blood that is the most confusing enthralling experience. Camera controls are slow when using manually but are not an issue in combat. The HUD has a comic book feel that compliments the feel of the game.

Think you’re ready for the zombie outbreak that’s about to descend in Lollipop Chainsaw?  Think again.  Until you get up to speed on some of the wicked combat moves, you don’t stand a chance.  Do yourself a favor and prepare for the impending apocalypse by watching Juliet Starling use skull-crushing combos, heavy weaponry and array of unlockable costumes, moves and upgrades to destroy every undead enemy unfortunate enough to cross her path.

Whoever said diamonds are a girl’s best friends obviously has never met Juliet Starling’s sisters in Lollipop Chainsaw.  Juliet’s big sis, Cordelia, is an expert zombie hunter and never leaves home without her trusty sniper rifle – the perfect tool for picking off the undead at long range.  The baby Starling of the family, Rosalind, might only be 16, but that doesn’t mean she can’t slay zombies, too! 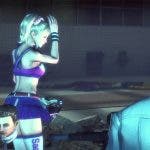 The normal run-of-the-mill zombie may not give Lollipop Chainsaw’s Juliet Starling, San Romero’s heroic cheerleader, a hard time with her trusty chainsaw by her side, but the Bosses of Zombie Rock are a force to be reckoned with.  InLollipop Chainsaw, Juliet will face larger than life bosses such as: Zed, the punk-rockin’ misfit; Vikke, the king of Viking metal; Josey, the master of funk; Mariska, the queen of Psychedelia and many more.

A game as demented and vibrant as Lollipop Chainsaw demands a voice cast chock full of colorful and experienced actors to bring it to life. Today, Warner Bros. Interactive Entertainment and Grasshopper Manufacture are happy to reveal the voice cast that worked with filmmaker James Gunn (Super, Slither, Dawn of the Dead) to flesh out the characters and create a wonderfully wicked world of gumdrops and gore.

Tara Strong, the renowned voice behind dozens of video game and cartoon characters, including Harley Quinn in last year’s Batman: Arkham City, stars as the game’s central protagonist, Juliet Starling. Michael Rosenbaum, known for his role as Lex Luthor in Smallville, voices the disembodied head of her boyfriend Nick.

Outside of the two leads, the rest of the cast is no less impressive with names appearing from all over the film and television industry. Checking in to bring some verve to Cordelia is Linda Cardelleni, known best as Lindsay Weir from the cult classic Freaks and Geeks. Shawnee Smith, one of the stars of the first four Saw films and Michael Rooker, of Walking Dead and Slither, also appear in the game. Veteran TV and film actor Gregg Henry (Slither, Payback, The Riches, Hung) takes on the role of Juliet’s father and brings all the flair one would assume given his Elvis-inspired pompadour and roots as one of the greatest zombie hunters ever.

Swan, Romero High School’s resident goth, will be played by James’ brother Sean Gunn, who has also appeared in the 2010 film Super and Gilmore Girls. The final piece to this puzzle is the impressive set of lungs on rocker Jimmy Urine from the band Mindless Self Indulgence. On top of contributing to the game’s soundtrack, Jimmy lends his voice talent to the deranged Zed.