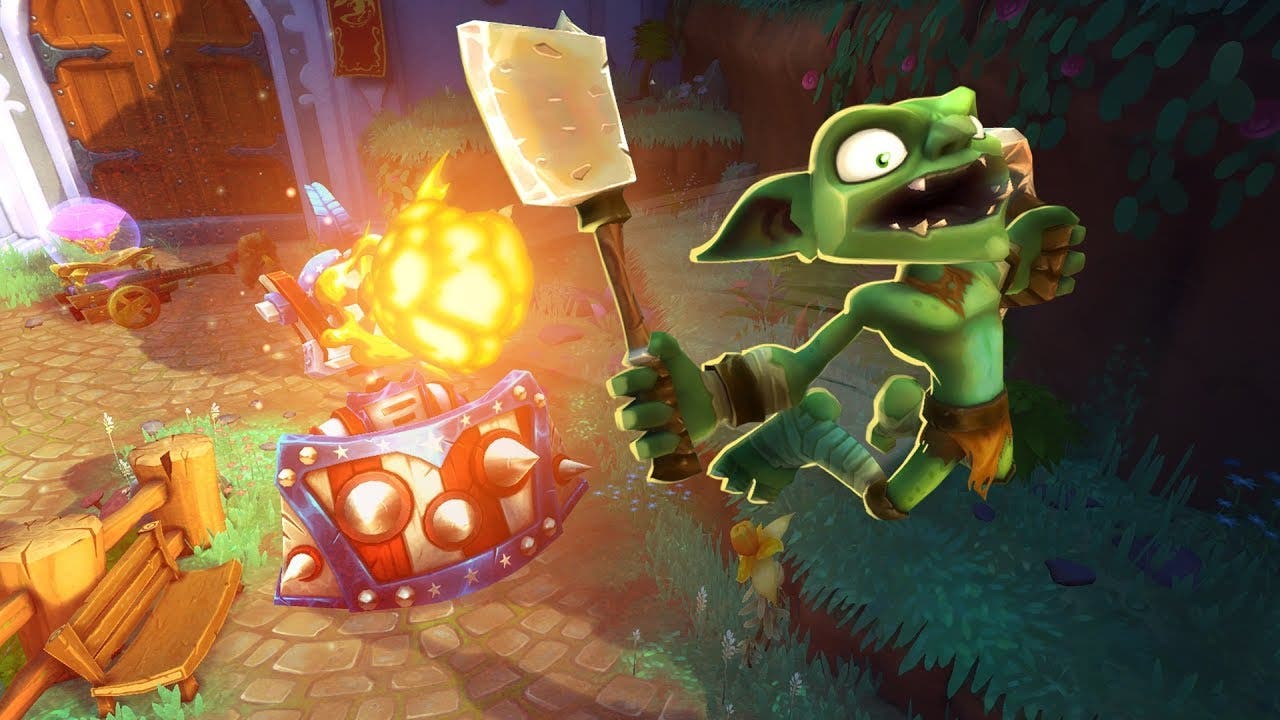 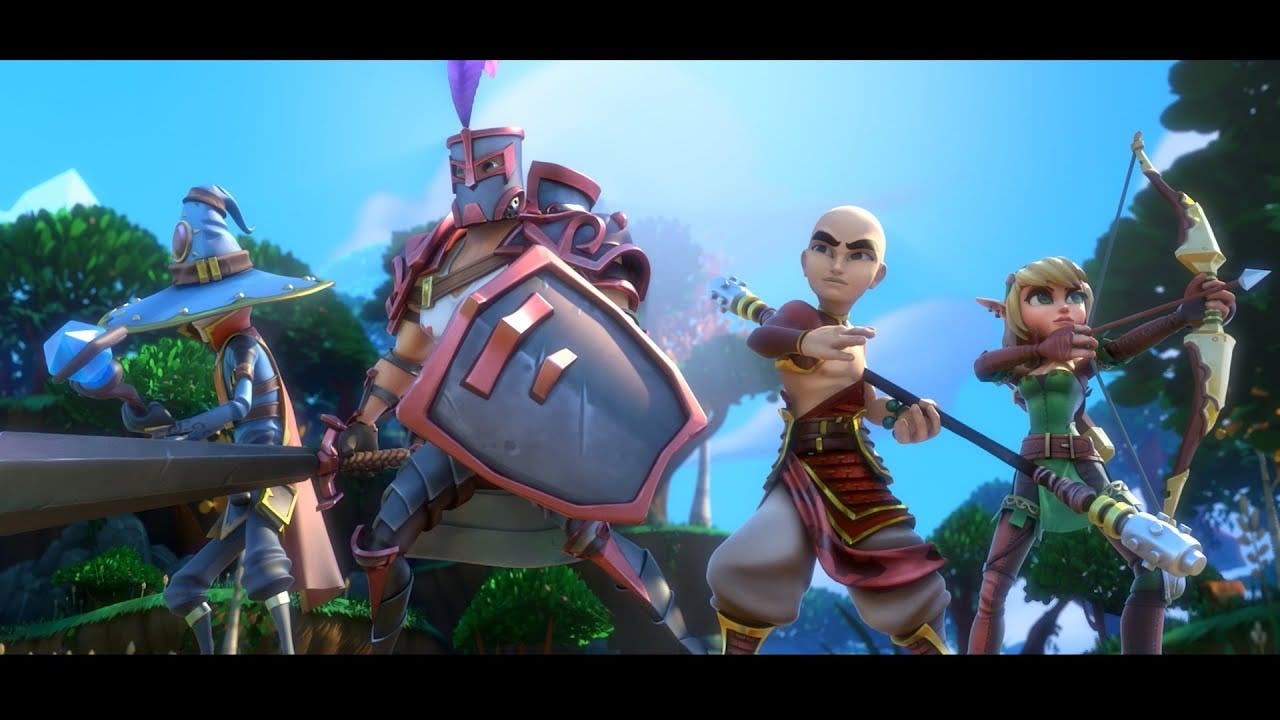 Trendy Entertainment today announced the formation of the “Defense Council” a new advisory council that will allow players with a vested interest in the development of the game to provide early, focused feedback directly to the development team.

Dungeon Defenders II is being teased in this video

Trendy Entertainment is proud to announce the first ever Dungeon Defenders mapping contest! Savvy creators are in for a treat, as the winning map will be bought from the designer for $1,000 dollars, and the map will be introduced as an official Dungeon Defenders map with the creator(s) credited for their work. Not only that, but runners-up will get some crazy awesome loot and cash prizes too.

The rules are quite simple!

Maps will be judged by a popular and judge vote based on Balance, Originality, Detailing, and Optimization. For a breakdown of these categories, go HERE.

So, what can fearless defenders hope to win?

Is there a better way to get into the spirit of PAX than to have one of the best-selling digital titles of all time sport new and awesome Penny Arcade character skins? Trendy Entertainment thinks not, and as a result, are thrilled and honored to announce that for the PC version of Dungeon Defenders, several of the beloved webcomic’s characters will be playable as part of a special PAX-themed DLC pack on sale on Steam by Friday, April 6 (http://www.dungeondefenders.com/PennyArcade)! Come by the Reverb Publishing booth (808) to see the Penny Arcade characters in action and to grab a giveaway card that will include a code to grab the character pack DLC for free! Supplies are VERY limited, so come by early and often.

“We’re all HUGE fans of the Penny Arcade strip, and of how they’ve consistently churned out hilarious and thought-provoking comics on the gaming industry for well over a dozen years,” said Jeremy Stieglitz, CTO and co-founder of Trendy Entertainment. “It’s a gigantic feather in our cap to hear that Mike and Jerry are fans of Dungeon Defenders – they’re famously selective about which games they work with, and we’re ecstatic to have made the cut. We hope these characters provide some levity and excitement for our PC players leading into the best gaming festival around.”

Here are the four Penny Arcade character skins coming to the PC version of Dungeon Defenders:

In addition to all this Penny Arcade goodness, Trendy is awesome enough to give PAX goers a chance to play the upcoming Aquanos DLC (part three of four from the Quest for the Lost Eternia Shards DLC) before it’s live! If you’re at PAX, you definitely don’t want to miss out coming by Reverb’s 808 booth.

Dungeon Defenders is one of the fastest selling downloadable games of all time. Bringing together the best elements of tower defense and action-RPG progression, it allows players to team up and fight across 15 unique maps, 30 challenges and four difficulty settings in all of the game’s loot-raiding, spell-casting, level-up stacking glory. Players control one of four distinct heroes in an epic bid to fight back an ancient evil. Each character comes with special functions, and players can create and customize/upgrade an armory of weapons and equipment.

Dungeon Defenders is rated E10+ by the Entertainment Software Rating Board and is available for download now on Steam for $14.99. For more information on the game, visithttp://www.dungeondefenders.com/, like the game on Facebook (http://www.facebook.com/dungeondefenders) or follow the Trendy team @TrendyEnt. For press contact, e-mail Jerry Whitehead III (jerry@reverbinc.com) or Gregory Hutto (gregory@reverbinc.com) with Reverb Publishing and Communications.

‘Tis the season for epic co-op awesomeness! In celebration of the upcoming Holiday season, Trendy Entertainment is releasing yet another DLC pack for the Steam version of Dungeon Defenders.

Following in the footsteps of the popular Halloween and Thanksgiving DLC packs, this content latest batch of additional goodies includes:

Trendy Entertainment, Reverb Publishing, and D3Publisher are about to unleash the first part of downloadable content (DLC) for its exceedingly addictive and successful downloadable title, Dungeon Defenders. The DLC will be available on PlayStation Network, Xbox LIVE Arcade for the Xbox 360 video game and entertainment system from Microsoft on December 21st, and Steam today for only $3.99 (http://store.steampowered.com/app/204381/). As part one of the Quest for the Lost Eternia Shards, gamers everywhere can now finally take their first look outside of their castle and into the rest of the vivid Dungeon Defenders universe.

Each quest will take players through an entirely new campaign map, a new PvP map, and a new challenge mission with new story cinematics, enemies, 10 all new weapons, a new pet, a new boss, and more! When gamers complete the quest, even more secrets may await.