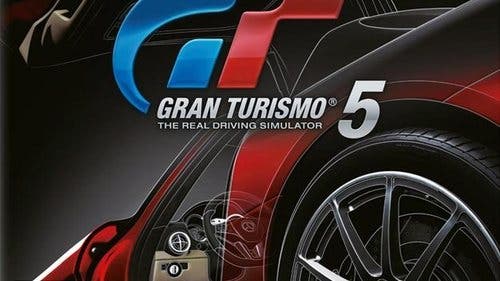 No matter how I start this review out, joke one liner or serious, you will instantly tell where I’m going with this.  I’ll first preface this by saying that I love Gran Turismo.  GT 1, 2, 3, 4, GT:HD, and 5: Prologue I have them all and have played them all to death.  Well, not so much GT5: Prologue, but there wasn’t much to do in that game anyway.  I feel as a Gran Turismo fan that GT5 over delivered and underperformed.  Strange yes but it really does feel like I should like this game more than I do.  Hey, I WANT to like this game more than I do but the fact of the matter is that I just can’t seem to enjoy it as much as previous GT titles.

Lets get some of basics out of the way.  Gran Turismo is Sony’s flagship racing title from the folks over at Polyphony digital who have basically made nothing but GT games.  Not saying there is anything wrong with that since after 5 games they know how to design one.  Well, you’d think…

Gran Turismo has always done a good job of using music in the intro to get you psyched to play.  My favorite opening by far is GT3 with Lenny Kravitz rocking it.  GT5’s is a close second and would have been first if it wasn’t for that ridiculous factory portion that leads you into the intro.  Yes, you literally have an intro movie to an intro movie here.  It’s like 2 minutes of watching earth metals being made into steel and car parts then being assembled onto cars.  After they waste your time with that, they then finally go to video game footage with the My Chemical Romance intro.  It is a great blood pumping song with wonderful video editing but it’s such a waste that you have to sit through that awful intro before the intro.  While I’m typing this I have GT on in the background and I’m finding it hard not to tear away from this review and just go play.  The intro is that good, it really has this “I want to race so badly” feeling around it.  Unfortunately the same can’t be said about the rest of the soundtrack.  There isn’t anything on there that captures that same feeling which is sad because the replays could definitely use more tunes like that.  For your own sanity, don’t leave any of the menus up for background.  That is unless you enjoy listening to “muzak” or elevator smooth jazz.

The main menu is inconspicuous enough.  Just four options line your path, GT Mode, Arcade, Course Maker and GT TV.  Arcade is exactly that, pick a car and race.  Course maker is a nice spot to waste some time if you have a creative bone in your body.  Finally GT TV is a media hub where you can watch car related media or GT related shows.  I’ll be honest; the other modes are not really anything special.  The course maker stands out as the most useful feature out of the bunch but how many of us will actually spend the time it takes to design their own track?  How many of us will use it once or twice and just forget about it?  It’s nice they added it in there for those who do want to explore that venture but for me it’s just another mode I’m never going to use.

But let’s get down to business, the place you’ll spend a good portion of your time is GT mode.  This is the career mode where everything happens.  The very first thing you notice is how FULL the screen looks behind the initial profile setup prompts.  Few things I want to note, during profile creation it looks like you’ll be able to customize things in detail.  An example is how you’ll notice you can change your driver’s racing suit.  Well, going to pick your driver’s suit is choosing between a few different pre-sets.  Pre-Sets?  Honestly?  They’re only palette swaps so how hard would it have been to incorporate a color wheel at the least to change things like suit and helmet colors?

Once you finish the profile creation though you’ll see the mess that is the GT Menu, and what an awful mess it is.  Options are everywhere and I hope you have a nice sized TV because text can become hard to read here and throughout the game.  You would think that they could have made sub menus to keep things tidy but that is not the case.  Everything you need to get to is right in front of your face.  Sure it seems like a good idea at first but it feels cluttered and lazy.  Here you have things like the tune shop where you buy your add-on parts, the dealerships, GT auto where you can do tune ups and car washes, license tests, and specialty races.  The specialty races are one off things like the go-karts and wacky top gear inspired races. The biggest options though are going to be you’re A-spec and B-spec modes.  A-spec is where you’re driving the car and B-spec is where you have a hired AI driver do your dirty driving while you “coach” him.

The physics in GT are exactly GT quality but instantly you can tell this game was not made with the Dualshock 3 in mind.  You can custom map your buttons, but the way cars handle are not friendly to the controller; bring in a wheel and the experience is greater.  In my opinion, Forza Motorsport from the team over at Turn 10 in the Xbox camp has better physics when it comes to using both controller and wheel.  The cars feel more natural where as GT makes you feel awkward for using joysticks instead of a racing wheel.

Track selection is nice with old favorites making their way back and some new courses sprinkled about.  Nothing anyone should complain about really.  Actually, if you’re a NASCAR fan, you should know that there is next to nothing for oval courses in here.  If you’re looking for a more complete NASCAR experience, you should probably wait for the new NASCAR title coming out later this year being published by Activision.  Same can be said for the rally stuff too, just be patient for Dirt 3.  GT dabbles in a little of everything but doesn’t flesh them out.  By the way, if you saw the NASCAR trailer for GT5, the only teams in the game featured are in the trailer.  Not many at all.

Speaking of car selection, which has been a staple in GT since its first title and it’s no different here, the game boast a huge library of cars.  Unfortunately it’s padded by the fact there are handfuls of the exact same model car with the only difference being performance files, not even a different car mesh (the body of the car); that too has been a staple of the GT series.  Even with the huge library of cars, it still feels lacking for anything outside of Japan.  You’ll find plenty to choose from for daily drivers that come from Polyphony’s homeland but barely anything to choose from if you’re looking for American or European options.  The used car lot is back and you’ll find it refreshes every so often with different cars.  One thing they added into this one is an online used lot where you’ll find some interesting rides updated daily.  Once you buy your car, it gets stored in your garage.  You have a few tabs in your garage menu where it’s sorted by premium and standard cars.  If you want interior views, damage, photos, and whole mess of other goodies, you want premium cars.  It’s disappointing that a majority of the car selection is standard then.  You can’t even buy new wheels/rims for standard cars.

Customizing your car is nowhere near the level of detail a game like Forza has.  In a ridiculous and what can be considered a “how in the heck was this overlooked” moment of the game comes when you want to change your car’s color.  You would think that it would require just purchasing paint and going to town, or using a color wheel and just apply.  No, GT5 has to use a moronic system where you can only paint your car with swatches that you unlock from receiving/buying new cars.  This wouldn’t be too bad if it weren’t for the fact that you only get to use the color ONCE.  After that you have to buy/receive a car with that color again.  GT doesn’t seem to like the idea of the players messing with these cars visually and you can see evidence of that with a huge lack of aero kits and racing mods.

Let’s jive a little about B-spec; it’s just like A-spec except you’re not doing any driving.  Oddly enough, this mode alone almost, ALMOST, makes up for some of the games shortfalls.  I am having way more fun in B-spec mode than driving the car myself.  My girlfriend asked my how I’m not bored to tears just watching the game race for me and it got me thinking about how the thing that hooks me is what hooks most people to a sport or motorsport, having that one team/driver to root for and to have some personal investment into.  Ask someone to watch a sport without caring for any one of the teams and they will outright tell you how boring it is.  Doesn’t matter how exciting it may be, they have no connection to it.  But give them someone or something to care about and things change; you’re going to want to see who you’re rooting for do good.  It’s even one step further in B-spec because you “teach” and “instruct” your driver to get better and do various things on the race track.  He becomes your little computer generated protégé. There’s one thing I wanted to touch on about B spec.  Here you create your own driver.  Again, you’re stuck with preset racing outfits but you can’t just pick from a list, you actually have to hit the “next” arrow and it picks one randomly.  You can’t even type in your own driver’s name.  You’re stuck with preset names again and you stuck with this random selection just like the racing suit.  Nowhere in the game does it speak the names so why was it decided that you can’t name your own driver?  Again, ridiculous.

Things are a little frustrating at first in both A-spec and B-spec modes because the AI in GT is horrible.  Its way too predictable and you can tell that the cars are following a set line and not thinking and acting to the environment around them.   It’s very noticeable in B-spec mode where it’s only AI.  If you re-race races, you will  see how the AI drivers make the exact same mistakes on the same laps on the same spots.  You would think that with all this time they have had to fine tune this game that the AI would be smarter than say GT2.

Overall this game isn’t bad, but it’s not the ultimate driving experience I’ve come to expect from Gran Turismo.  Right now, there is real stiff competition over in Xbox land in the form of Forza and a new player from Electronic Arts in the Shift series.  If all you have is a PS3 and you want a sim racing game, this isn’t an awful choice but give Shift a shot too.  If you have both an Xbox and PS3 though, you may want to think about spending your money towards the cheaper Forza 3.  The newest retail copy of Forza 3 even comes with all the DLC and 3 exclusive cars.  You just may get more fun out of it.