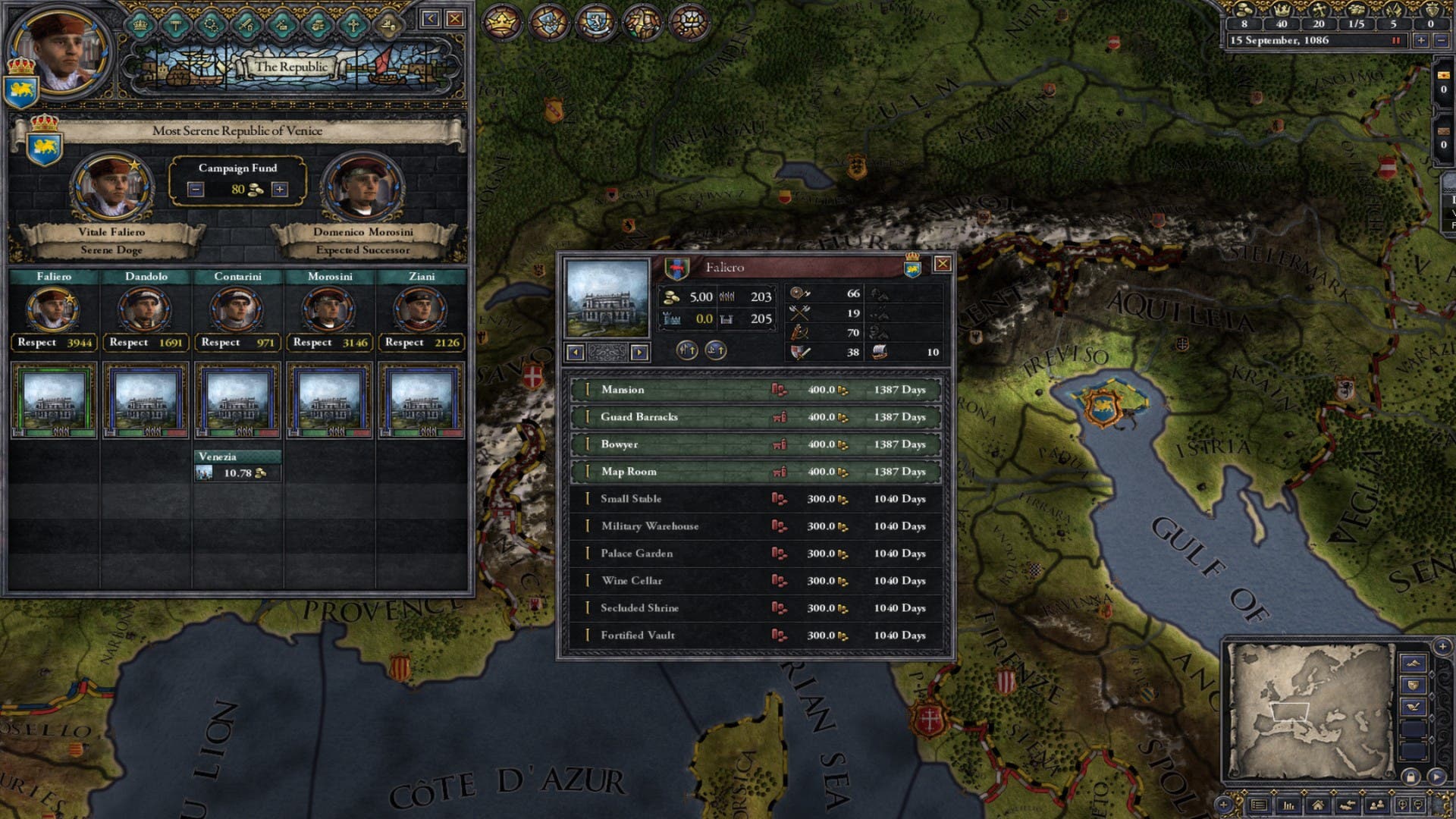 By Scott Ellison II (@Hawk_SE)
Lights Off
5 Incredible
Retails for: $9.99
We Recommend: $9.99
Review of: Crusader Kings II - The Old Republic

Either you’re reading this because you’re a Crusader Kings II aficionado, or are wondering if the latest DLC for this wonderful strategy game adds something that has been missing from the game. Inside, we will find out. Just don’t plot to kill me, okay?

In the third expansion, you’ll now have access to Gotland, Hansa, Pisa, and Venice as mercantile republics, building up trade outposts, as well as capturing them for your own. This builds upon the base game that was sorely and surprisingly lacking trade options, allowing you strengthen your bloodline for your legacy and dynasty in a new way. Now you can secure your family’s future with wealth from your trading exploits.

The goal here is still the same, play the game from 1066 to 1452, but is less of a focus on armies and more about wealth and controlling the coast. You can still have your wars, but they are much more difficult to amass soldiers and mercenaries to fight in them, and even then cannot secure a victory. Trade posts can be captured, and then upgraded amongst three buildings. Their placement however, is absolutely crucial to success.

With such wealth, you can choose to take part in elections which uses a new system of prestige and campaign funds to do. You’ll spend money to basically ensure you stay in power, and perhaps grow in power as a result. That money will also be spent in upgrading buildings. You’ll likely have more money than know what to do with, at least in my experience.

Events and plotting are much more elaborate. I would start plots to capture trade posts, and bring in people to conspire with me. I was asked to throw a Summer Fair, where the jesters made fun of me, and I had the option to get mad or accept it and laugh it off. I laughed it off and had very little consequences than if I had chosen to be angry about the whole ordeal. I realized that the event was all in fun, and ensured that people were happy. This is only a small fraction of the type, at other points my spymaster had caught several plots against my life, threw my half-brother in jail, and I’ve even been thrown in the mud. A very dirty business indeed.

For $10 you can do no wrong by adding The Republic your game of Crusader Kings II. If you’re not big on war, this is ideal for committing some evil, underhanded plots and securing local victories over the big scale ones. That said, if you are brand-new to the series, I cannot recommend this for someone who just bought the base game. It can just be too overwhelming early on. The Republic is a remarkable expansion that will occupy your time as you are caught in mystery and intrigue trading the Mediterranean coast.