As a kid, Chip’s Challenge back on Windows 3.11, challenged me greatly. The spiritual successor, with the help of the game’s creator and now namesake to develop it, Chuck’s Challenge was funded on Kickstarter. Now, it’s here challenging me just like it’s predecessor did all those years ago. 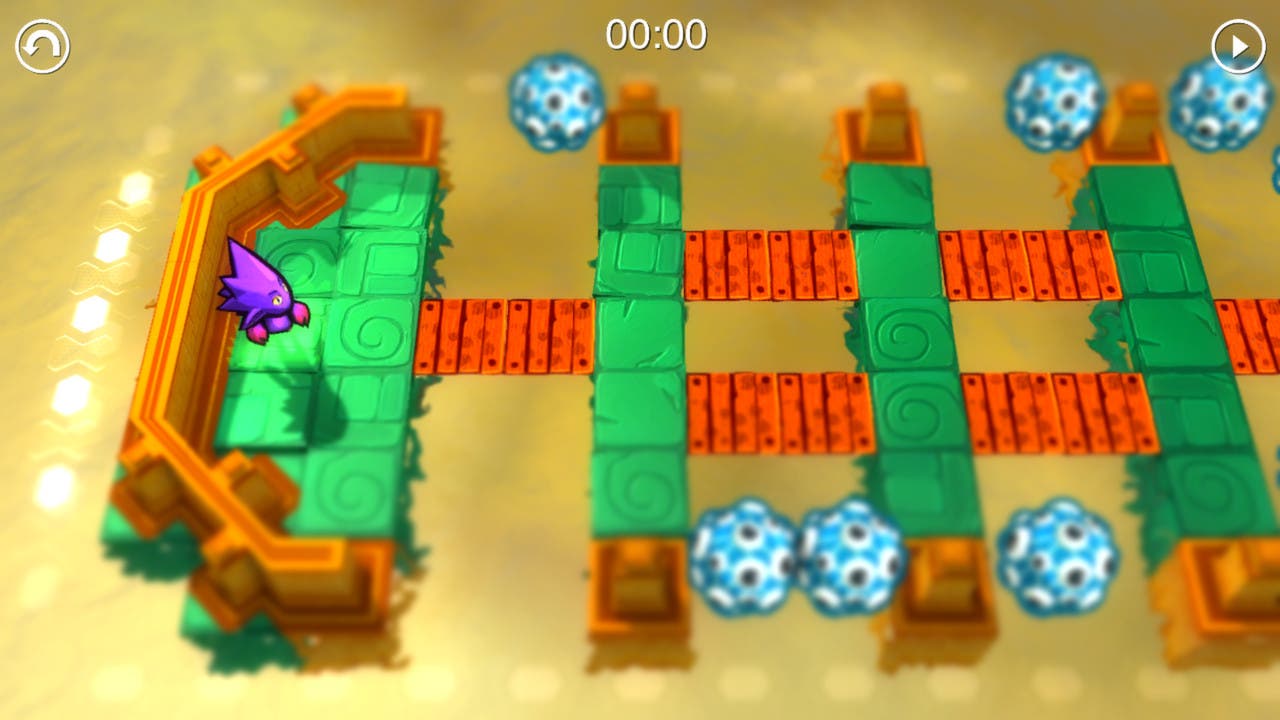 You play as the adorable alien, Woop. Chuck, the creator of Chip’s Challenge is on vacation. He gets abducted by Woop to develop levels for him to complete. Willingly, Chuck agrees and Woop (and ultimately, you) are off to solve puzzles. It’s pretty simple to get started, and the story does expand as it goes on, to keep the flow.

Whether you have played the original game or not, it is all about reaching the end by collecting keys, moving objects, and doing so in the quickest way possible. The first section is decidedly easy for newcomers and children to learn the core concepts. Helpful hints are displayed by walking over red Hawaiian shirts to guide you. Once you reach the end portal, it displays your final time and world ranking. Apparently Chuck’s Challenge is to never tell you what medals you’ve earned unless you’re looking at the level list. Chuck also doesn’t want you to know the criteria in order to get the gold medal, just simply that you must go faster. Doing well in the game eventually unlocks hats for Woop to wear, that have no gameplay impact or significance, but is just for cosmetic appearance.

However, you develop a case of OCD as you are constantly wanting to improve your time and time again to either get a gold medal or raise your ranking against friends or strangers. It has addictive qualities to it that kept me from progressing simply because I wanted to do better. And as silly as hats can be, seeing ones you haven’t unlocked make want to you work hard to get more. 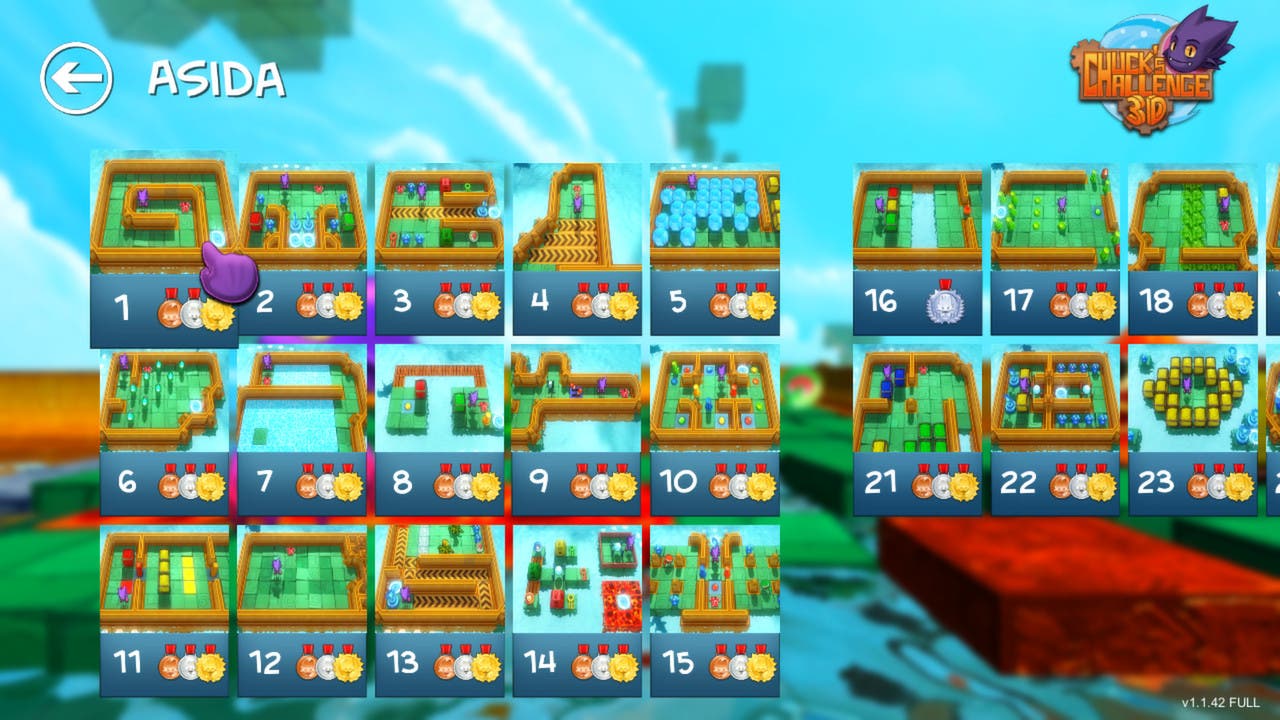 A smart mode is the Weekly Challenge. This allows you to take on a random level for a set amount of time. Without knowing what you’re going to get, this requires you to adapt and think fast to try to get the best time before it goes away and is replaced with another one.

Included “right out of the box” is a level editor to make your own kid-friendly or nefarious levels. The toolset is very easy-to-use and implement. Once a level is completed, you get upload it to the servers for it to be retrieved via search or anyone who randomly stumbles upon it. The game comes with over 100 levels, but with everyone having the ability to add more, tremendously increases the lifespan of the game. 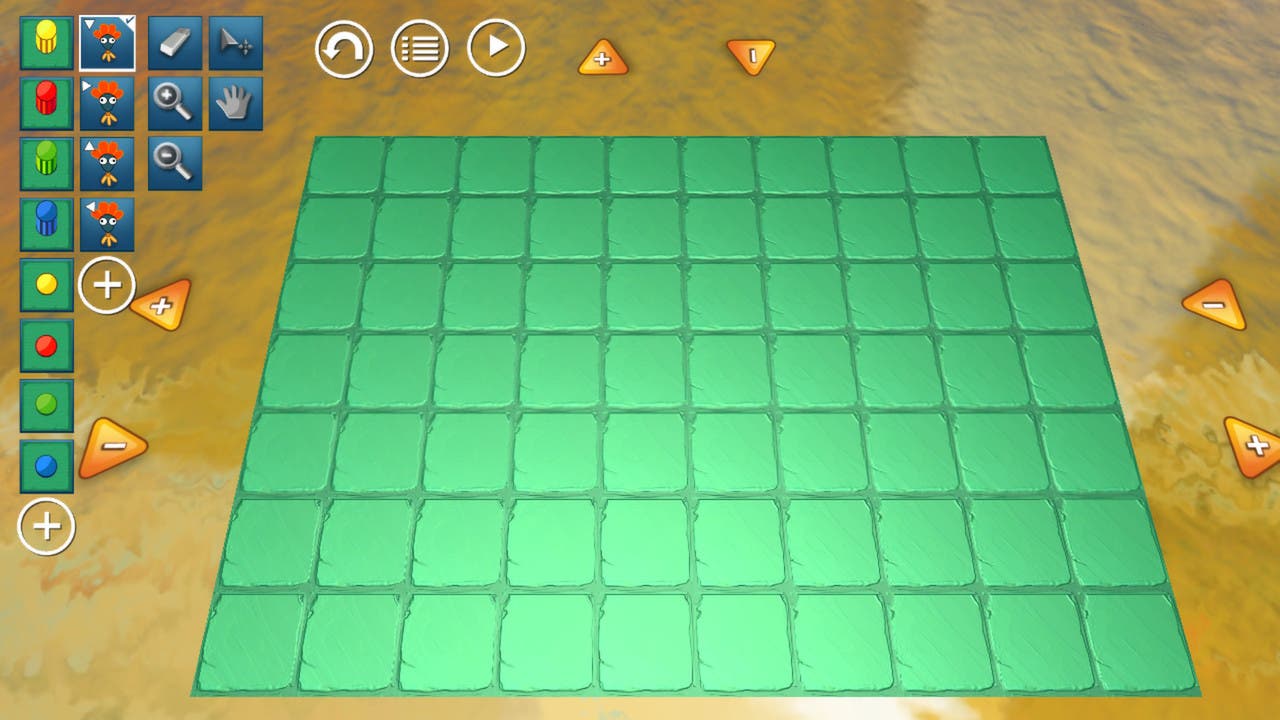 It’s pretty easy to tell Chuck’s Challenge 3D was adapted from mobile devices, but it really caters to touch and works well on Windows 8 OS given the interface. Some odd bugs persist up until release with controller support and menu quirks that are sure to be eradicated. Unfortunately the menu and UI is a bit clunky for navigating with a traditional mouse.

Chuck’s Challenge 3D runs on the Unity engine. It’s not a technically taxing game. But there’s a strong art style makes the game pop with saturated color at every chance it gets. The 3D aspect of the game’s title relies not on Stereoscopic 3D, but a tilt-shift effect with heavy amounts of blur. The hand-drawn menu gives the game a sense of care and appeals to everyone. 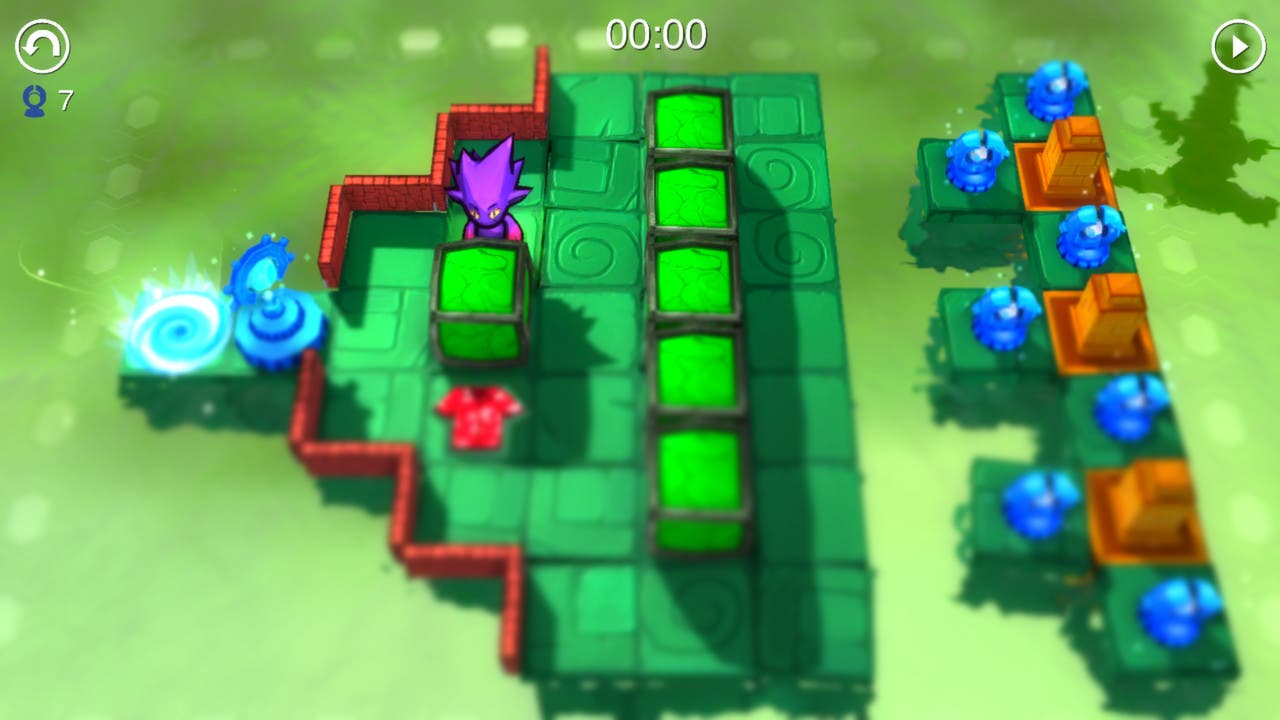 Chuck’s Challenge 3D lives up to being a “spiritual successor” in every way. There some odd quirks and bugs, but none of them impaired my ability to play or thoroughly enjoy the game. With a bevy of challenging and mind-bending puzzles to solve, you’ll be far too busy wracking your brain trying to figure out how to solve them. This vibrant display of cuteness will keep you enamored for more time than you’re willing to admit. It’s very easy to dismiss when looking at screenshots, but is every bit challenging for anyone at any age and skill level.

A Steam code for the game was provided by the publisher, Nkidu Games for review purposes