The Extremism DLC for Democracy 3 contains situations and concerns people have, while being a tad fascist if some of them were implemented. It plays the right amount of crazy with sensible, while giving you reason to return to the game to try out all of the new additions. An extremist is defined as: a person who holds extreme or fanatical political or religious views, especially one who resorts to or advocates extreme action. As such, demands will become ever increasingly important in Democracy 3 with this new DLC. While anything implemented that this expansion provides would be outright lunacy, is fun to see played out and tinkered with. The Extremist DLC intertwines plenty of new situations, ideas, and policies into the core game that goes largely unnoticed early on, but becomes more apparent as you play.

These new policies and changes do cost a lot of political capital to implement. You can introduce new bans, such as preventing going to foreign churches on Sundays, or enforce some requirements like singing the national anthem at the start of every news broadcast, having flags on every corner, etc. It creates a great sense of patriotism, but also allows for extremists to have their way and start influencing decisions. By making such wild swings in your political game, you’re likely to alienate a lot of your nation with these decisions, and pleasing only one particular group. This infinitely increases the difficulty of the game, no matter what you chose from the beginning. The “What if?” game continues by seeing how people react to these ideas. In my game, I had done a lot of good, or so I thought. But instead, extremists hired someone for my assassination who took me out with a high-powered rifle, well into my second term. Over time, the extremists gain a lot of power financially and politically, allowing for such drastic measures to be taken. While this could definitely be the way to end your presidency in the game prior to this, it certainly adds another layer of fragility to your time in charge.

By comparison, playing this game now without the DLC would feel rather dull. Extremism adds a lot of excitement and unpredictability. You’ll have to pay close attention to things going on around you and if you get any assassination attempts, what they are as they may be your undoing. 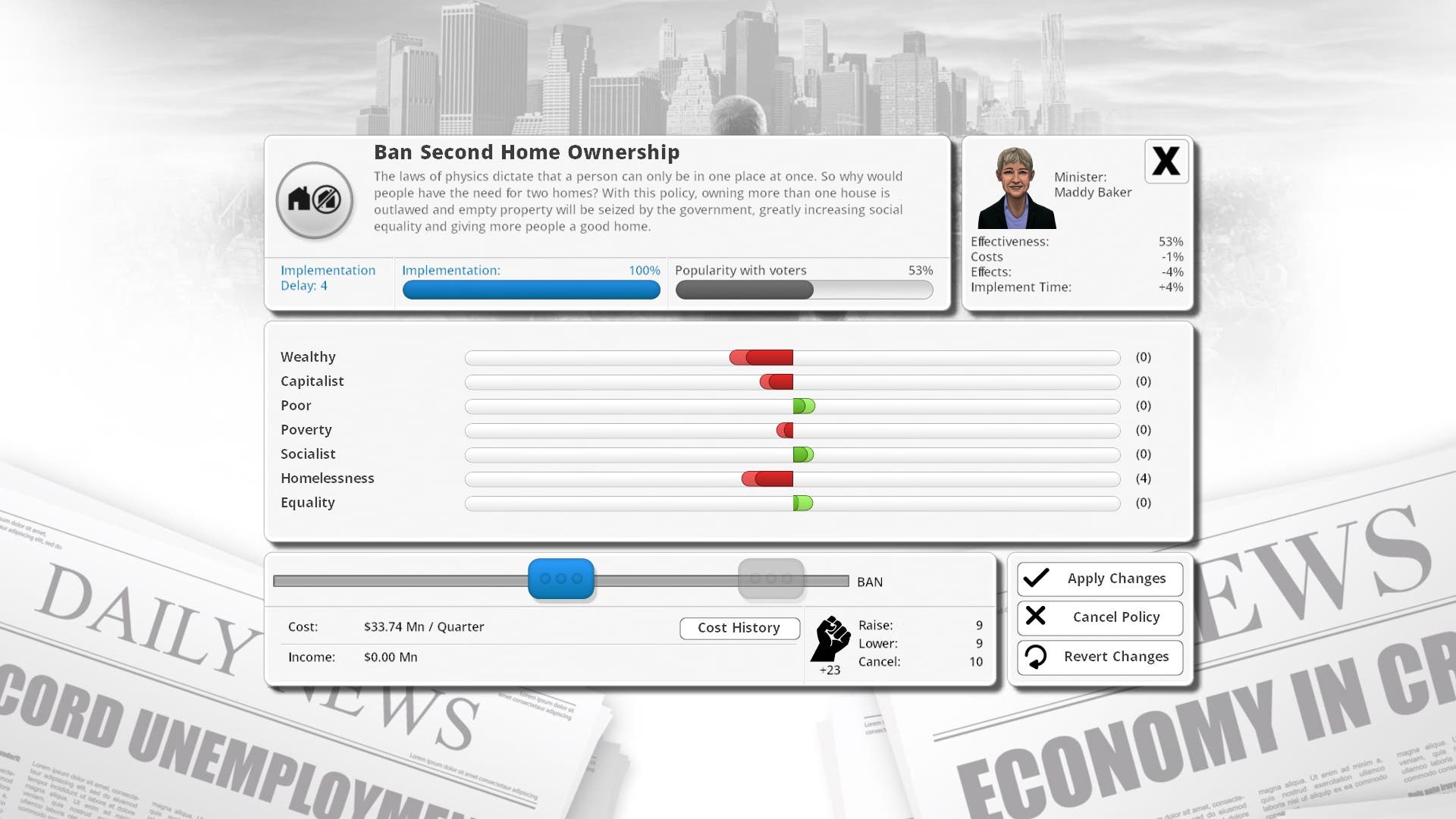 At an incredibly modest price point, is worth adding to Democracy 3 alone. Some of the situations and “extremist” ideals are just that, extreme. They don’t quite fit into the core game and shouldn’t necessarily have been part of the game when it released late last year. It does however address real-world concerns that are out there today and based on algorithms, can see what effects that they would have on life today. It truly feels like an add-on that adds controversy and difficulty to the game that has been lacking since launch.