In 1979, the world was technologically disadvantaged as it neared the end of the Cold War. That is, when comparing the technology of the time to the aliens now invading Earth in Xenonauts. Being outmatched technologically, sets the tone of the game: you’re always the underdog and feel equally overwhelmed at all times. You’re always on the brink of collapse, and this is what makes Xenonauts a more exhilarating experience over the XCOM games that inspired this.

There’s a formula to the game that having played XCOM at any time prior to this, which should make any Xenonauts player comfortable with how things go. There’s the base building, the air game, and the ground game.

Should you make a poor decision early on with any of these stages, it could have a domino effect, you’ll lose nation support and have to restart. And restart. And, restart. At least that was my experience. There are ways to circumvent early failure. Firstly, placing your base is crucial to success. Regardless of where you live, you might be inclined to start a game in North America. This is the least advantageous place due to lack of spacious land. Find a more landlocked location, and you’ll be able to put up more radars and scan a larger area. Next, is purchasing a med bay to heal wounded soldiers and a hangar. Those things will keep your people alive and make good money. Funding received allows you to spend it on research for basic technology, and then later on alien technology that is acquired.

Your eight-man squad can be made up of anyone you choose. You’ll have the privilege of naming them, as well as equipping their weapons and classes. This adds a personal touch that makes you care more about each decision you make when moving them on the ground against their alien adversaries.

On the geoscape, or world view, you’ll scan for alien activity. A scout will appear, and you can send ships to intercept. Compared to XCOM: Enemy Unknown, the air game here is expanded. You’re given the option to intercept and fight them automatically, or manually. This is pretty huge, as an automatic resolve will have a static chance of success, whereas a manual intercept allows you to swing the odds in your favor if you’re good enough. You can employ active-pause the real-time action to give yourself a great advantage and plan your attacks accordingly. Something of

A UFO is then downed, you are given the option to air strike for a set amount of money, or deploy your soldiers for the chance of making more money at a greater risk of getting someone injured or killed. Should you choose to deploy your team, you’ll be put into the ground game. Again, much more fleshed out and given many degrees of exactitude over the games that came before it. But it isn’t so different to what you’ve played in the past. Movement is tile-based, with each action showing how many action points left in the pool. Right-clicking a direction will set which way they face, also at a cost of movement. Each character has a ‘TU’, or Time Unit Reserve, where they will have savings account of action points to use for reactive fire.

When it is the aliens turn to move and attack, a big alien activity screen covers the map to mask anything you’ll see. As time goes on during a mission, especially the dastardly night missions, you feel like the grim reaper is over your shoulder, cackling, waiting for you to make a mistake and send a soldier to their grave. One of the more forgiving and more welcome aspects of Xenonauts, is the fact that you don’t have to eliminate all threats to complete a mission, if you manage to hold a UFO for 5 turns, you emerge victorious. But you do lose out on the ability to stun or capture the remaining aliens for profit. Things often happen beyond the long arm of your control, and that’s awesome. At best, you feel like you’re just spinning plates just to keep up. And every now and then, the plates will fall and break – meaning, you lose nation support and they drop out from funding you. Or soldiers get wounded or killed and must be replaced temporarily or permanently.

Xenonauts isn’t the prettiest game, but the game has an old-style aesthetic that is appreciated and clear to see. However, the hand-drawn visuals, bright colors, and wonderful animations set it apart from anything out there today. This, coupled with the built-in Xenopedia shows off more of that great art in alien and ship design. Not to mention having an extensive treasure trove of knowledge to learn from, that continues to expand as you evolve and explore. 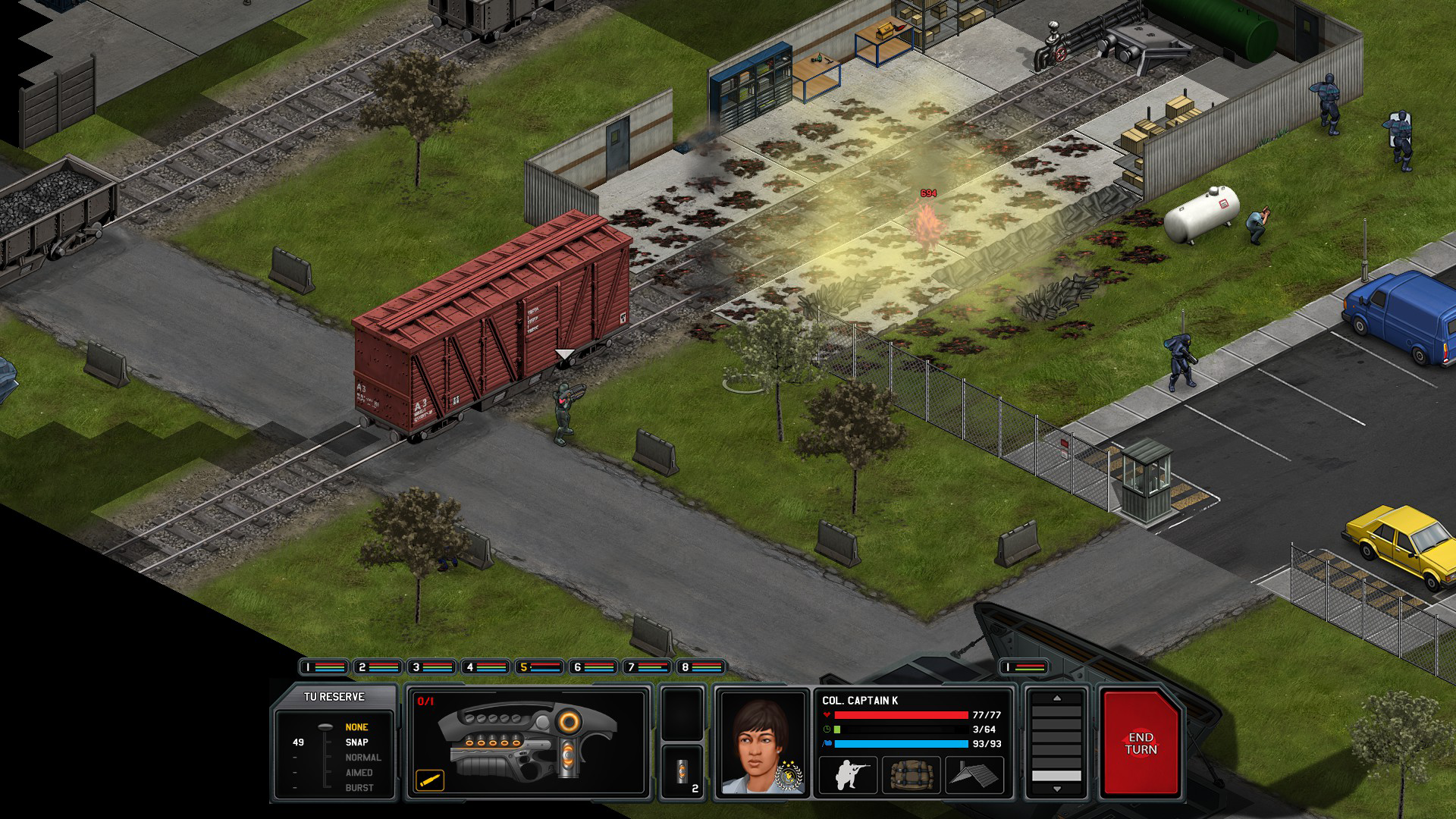 Goldhawk Interactive’s game straddles a fine line of XCOM old and new. But Xenonauts does enough different to stand on its own, it can be punishingly difficult, tense, and absolutely overwhelming. But the game’s sheer depth and level of control, makes it a rewarding and fulfilling experience, even if you have to start over multiple times. It becomes a learning experience, and you’ll come out better for it.