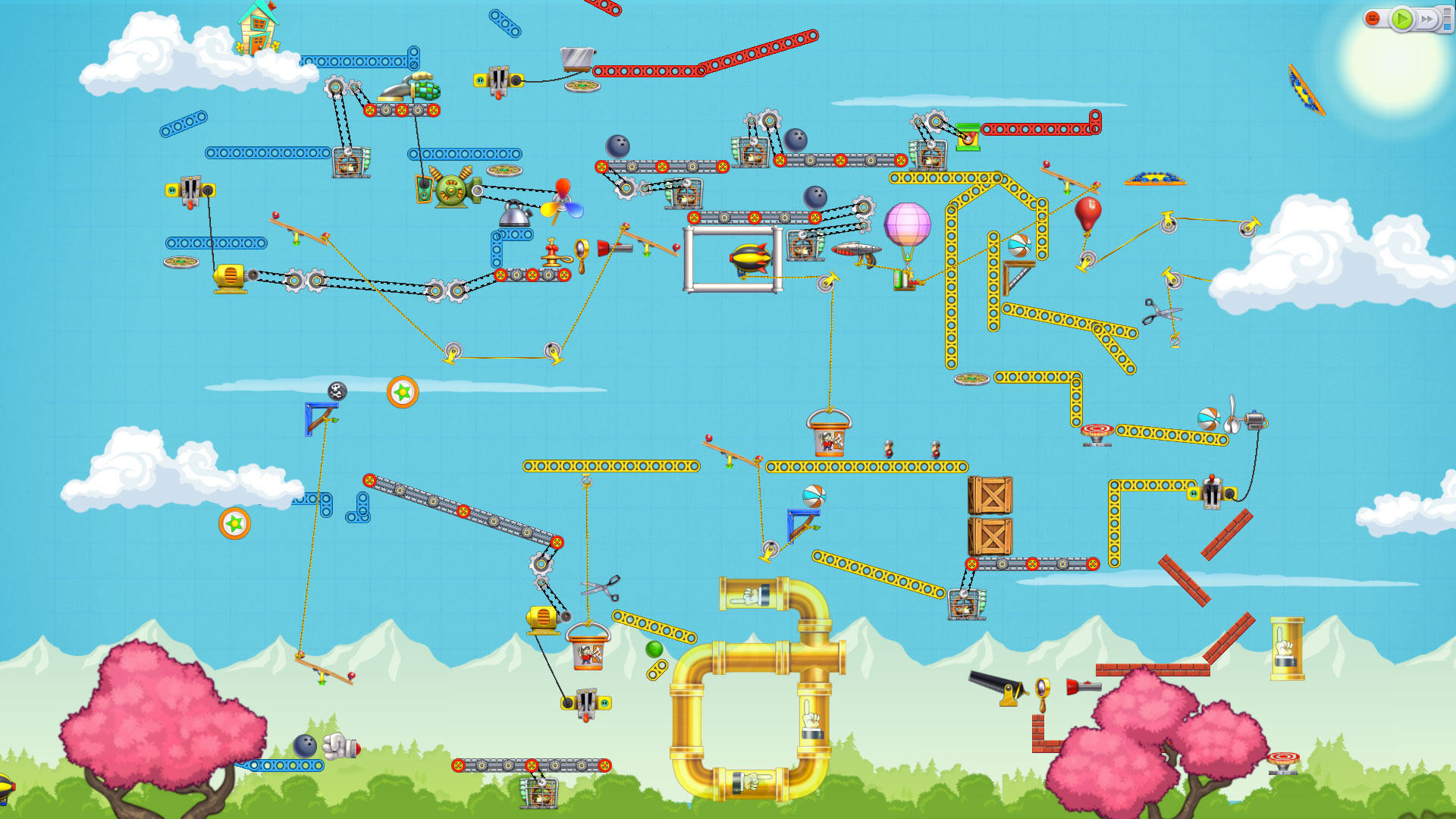 Growing up, my introduction to Rube Goldberg and the complex machines that perform simple tasks was first seen in “Pee-Wee’s Big Adventure” with the memorable Breakfast Maker. Then, in the early 90s came The Incredible Machine series. Spotkin, the developer comprised of those who worked on those games have made a spiritual successor, Contraption Maker. The result is a faithful recreation, while introducing modern elements that make it relevant and worth playing.

A lengthy and involved tutorial will get you started, and cover only the basics. Some of them only require you mirroring what’s already setup, but it introduces you to every gadget and gizmo that you’ll get challenged with. As expected, levels require to think differently as they get convoluted across the three difficulties: easy, medium, and hard. You’ll be using balls to hit scissors to cut ropes, directing mice via cheese wedges to activate switches, and . Each level has more than one way to complete a level, but there is a common way of achieving that goal.

Think you’ve got something special? You can record your solution and share it. There’s also a section to download new puzzles or contraptions. The puzzles are what the main game is, and the contraptions are more of the Rube Goldberg machines that just are a spectacle of items haphazardly thrown together that work in concert with each other to make a mundane operation look extraordinary. 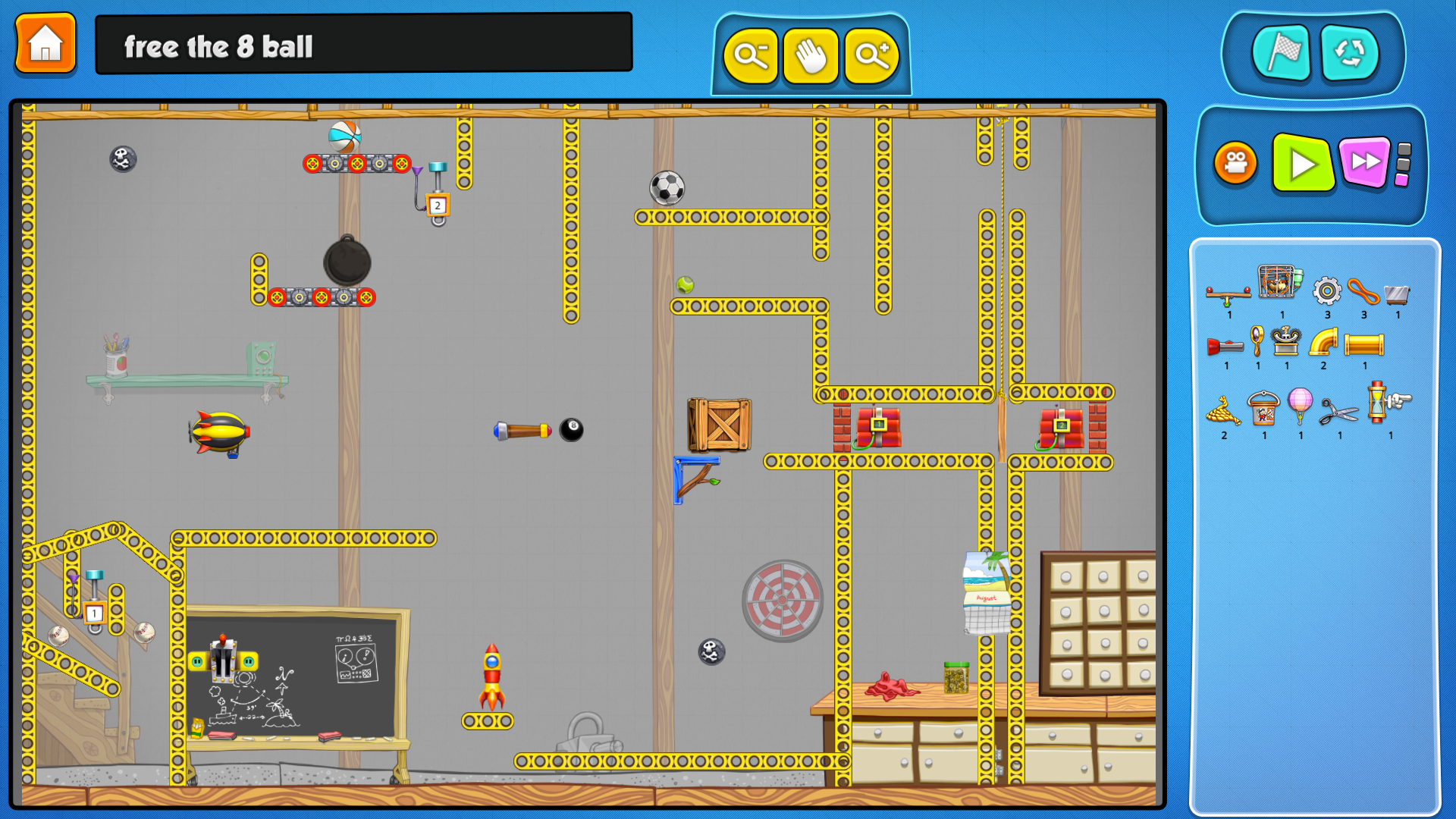 Of course if you can play new levels for Contraption Maker by downloading them, you’re allowed to make new levels as well. Given a blank canvas, you’re able to create everything from the background to the setpieces and then how it’ll all interact. As it features the same interface as the puzzles, it’s all very intuitive and easy to use. The game occasionally froze during this mode, which I was unable to determine, but be sure to save often and it shouldn’t be too much of an issue.

Multiplayer is in the form of private or public co-op for up to 8-players. Playing with friends is the much safer bet and easier to communicate and playing a locked down environment. 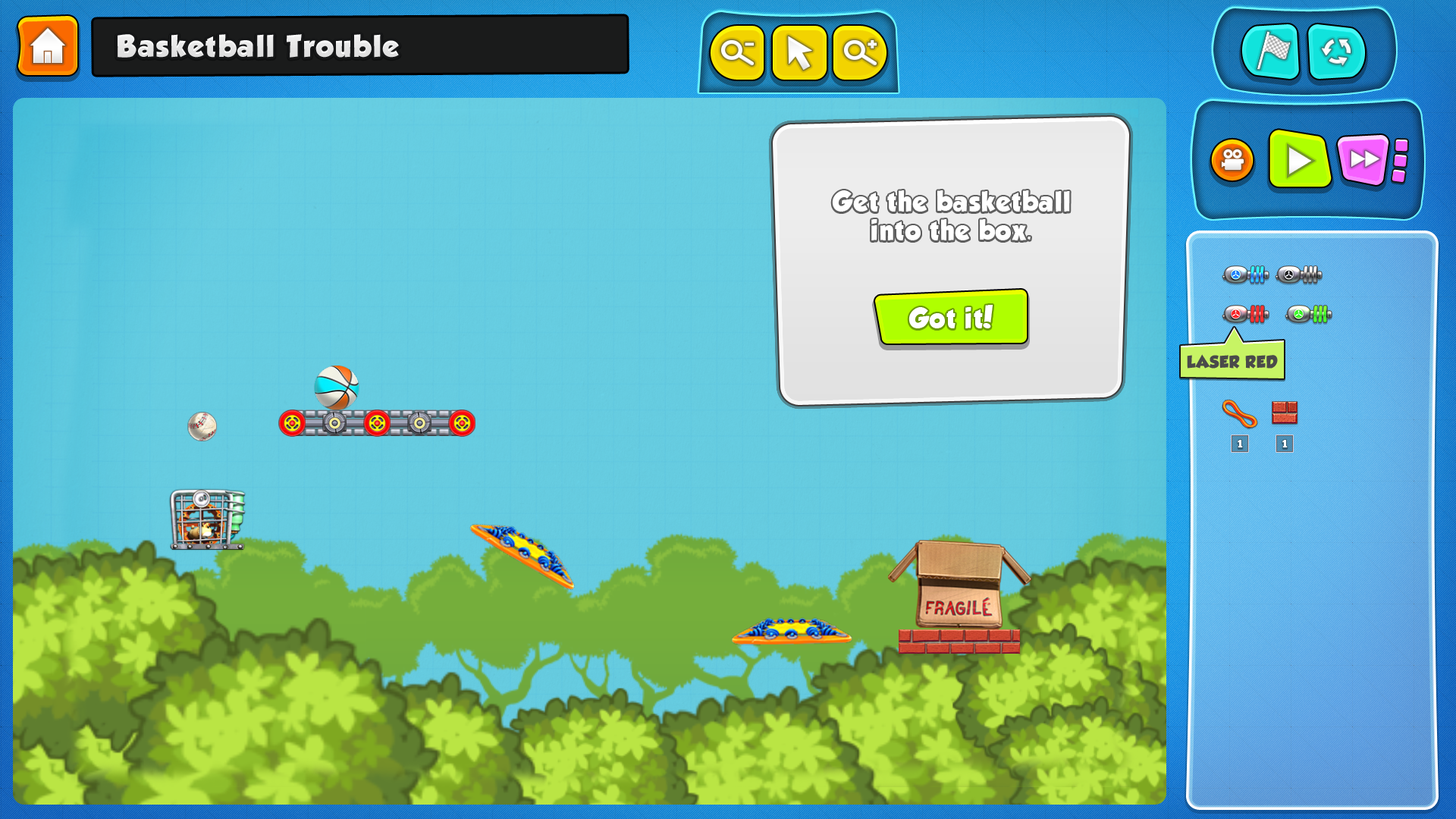 While not for everyone, Contraption Maker captures the wonder and excitement of trying new things in a different type of puzzle game that gets you thinking in unconventional ways.