Dovetail Games, publisher and developer of the leading train simulation game Train Simulator, has today announced the next installment in the series. In the development of Train Simulator 2015, Dovetail Games has worked closely with train builders Hitachi Rail Europe Ltd to include a highly accurate recreation of their new Class 800/801 trains.

As part of the Intercity Express Programme (IEP) Hitachi Rail Europe will provide new electric and bi-mode trains for the Great Western Main Line and East Coast Main Line.  These are expected to go into passenger service in 2018, but thanks to Train Simulator 2015, rail fans can get behind the controls and start driving them right away.

“We’re delighted to be working with Dovetail Games and excited to see how they have brought the Class 800/801 to life in their software.”  Said Andy Barr, Chief Operating Officer from Hitachi Rail Europe.  “As leaders in innovation we’re always looking for partners that share our passion for design and technology and we can’t wait to see how Train Simulator 2015 users enjoy the experience of driving our train.”

Train Simulator 2015 will give players the opportunity to drive some of the world’s most powerful high-speed trains on three iconic routes from around the globe.

–       including the Amtrak ACS-64 plus Amtrak Acela Express trains

Train Simulator now includes the newly created TS Academy, a training area designed to introduce new players to the series quickly and easily.  In TS Academy players can experience all types of trains, as well as mastering different environments and learning the intricacies of train operations and signalling systems.  They can go from beginner to pro, earning driver licenses and awards along the way.

“With the popularity of Train Simulator growing every year, we’ve listened to our customers and understood their desire for us to create a more accessible experience, especially at entry level to the game,” said Adam Lucas, Producer at Dovetail Games. “TS Academy gives both new and seasoned players an environment in which they can really master every aspect of the game in a very straightforward way, so that they can maximize their enjoyment as they play through the challenges and scenarios later on.”

“It is also important to our users to be able to get creative so we’ve made further enhancements to the tool set available to creators to make the job of building great content easier and quicker than ever before.” 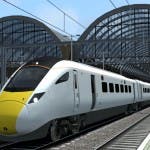 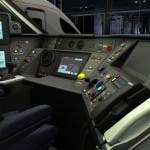 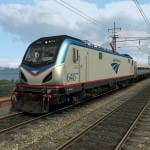 Train Simulator 2015 is set to launch on September 18, 2014 for PC and will be compatible with an existing range of more than 100 add-on locomotives and routes, which allow fans the ability to customize their experience.  Players can create and edit routes and scenarios and share them via Steam Workshop.

The game will be available to buy as a boxed product at leading video game and other entertainment retailers.  It will also be available to download from the online gaming platform Steam.