A Fistful of Gun is a rootin’ tootin’ multiplayer showdown, will be at PAX Prime 2014 Outlaws everywhere are firing their guns into the air as developer FarmerGnome and misfit publisher Devolver Digital have announced the colorful western top-down shooter A Fistful of Gun, set to unload both barrels on PC in the spring of 2015.

Originally roaming the open range of the internet as a freeware project, A Fistful of Gun has sauntered back into town as an epic tale of vengeance set against a brilliantly colorful American frontier full of dangerous cutthroats. Select one of 11 unique playable gunslingers and seek revenge as a lone wolf or with up to eight other bandits in local and online co-op. Master the specialized controls of each character, collect gold from fallen foes to purchase upgrades, and imbibe a bit of liquid courage and unleash a tornado of lead across the dusty plains.

“A Fistful of Gun is awesome and easily the second best western game ever made”, said Devolver Digital CFO Fork Parker. ”Red Dead Redemption is still the best though. That game was incredible.” 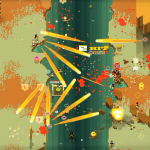 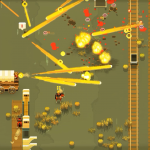 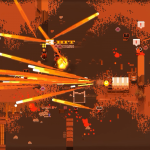 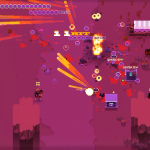 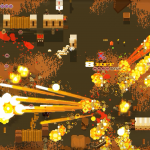 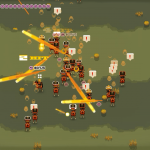 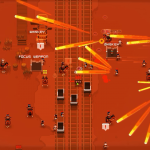 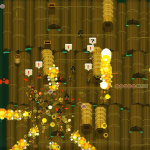 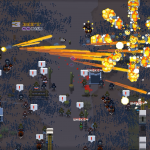 A Fistful of Gun will be playable at PAX Prime 2014 in the Indie Megabooths Minibooth and will release for PC on Steam, GOG, and Humble mid next year. For more information about A Fistful of Gun and developer FarmerGnome please visit farmergnome.com and follow @FarmerGnome on Twitter. Or ask around the saloon, theyre bound to know something.