Dovetail Games, publisher and developer of the leading train simulation game, Train Simulator, has announced that it will be launching a new piece of downloadable content today in celebration of Halloween.

It’s Halloween, and The Count of Monster Disco is looking forward to the Halloween Party he holds every year at Trainsylvania Mansion for his frightful friends. As the monstrous driver of The Spirit of Halloween steam train, help this horrible host organize his fright night. Explore the route to pick up Halloween decorations, wagons filled with monster snacks and carriages of ghoulish passengers. Deliver them to Trainsylvania Mansion, and make this a Halloween Party to remember! But only if you dare… 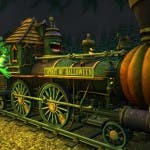 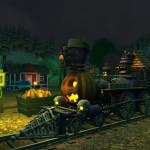 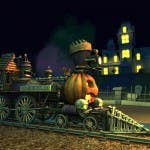 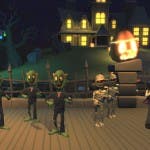 The Count of Monster Disco is available now on www.steampowered.com for $9.99, but for the next two weeks will be on sale at 50% off. This DLC can be downloaded as a standalone game and as an add-on for Train Simulator 2015.