I have absolutely no idea what “boshing” is. The only thing that comes to mind is the face Chris Bosh of the Miami Heat made when winning the NBA Championship that became a meme. And I’m not even sure how that applies. It’s a nonsense word otherwise. That said, Rock Boshers DX: Director’s Cut is an extensive update to the original Rock Boshers by Tikipod.

I have absolutely no idea what “boshing” is. The only thing that comes to mind is the face Chris Bosh of the Miami Heat made when winning the NBA Championship that became a meme. And I’m not even sure how that applies. It’s a nonsense word otherwise. That said, Rock Boshers DX: Director’s Cut is an extensive update to the original Rock Boshers by Tikipod. 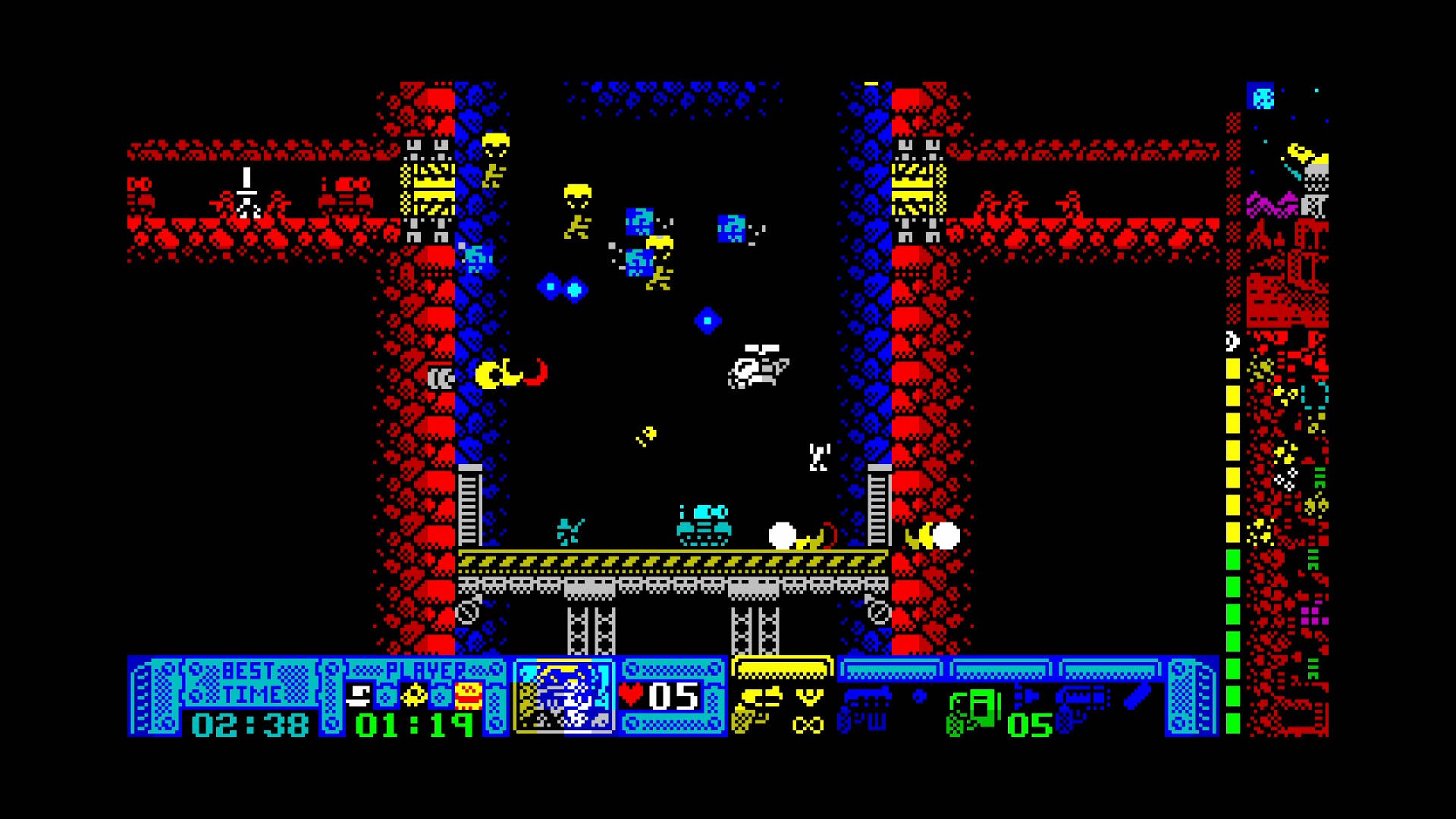 This retro-inspired game, emulates the ZX Spectrum of home consoles. Don’t know what that is? That’s okay. It was a UK-only 8-bit home computer system. It wasn’t visually spectacular, but it had an output that was identifiable. A trophy and arcade minigame is unlocked if you let the game sit and “load” for nearly 2-minutes. You can always bypass tihs and “turbo-load” the game by pressing ‘X’ instead.

Also retro, is the timeline. The graphics are from the 1980s, but the game takes place on Mars in the 1880s. Queen Victoria abandons Earth for Mars, and sets up colony there. But things on Mars aren’t what they seem. And the short intro dumps you right into the action. 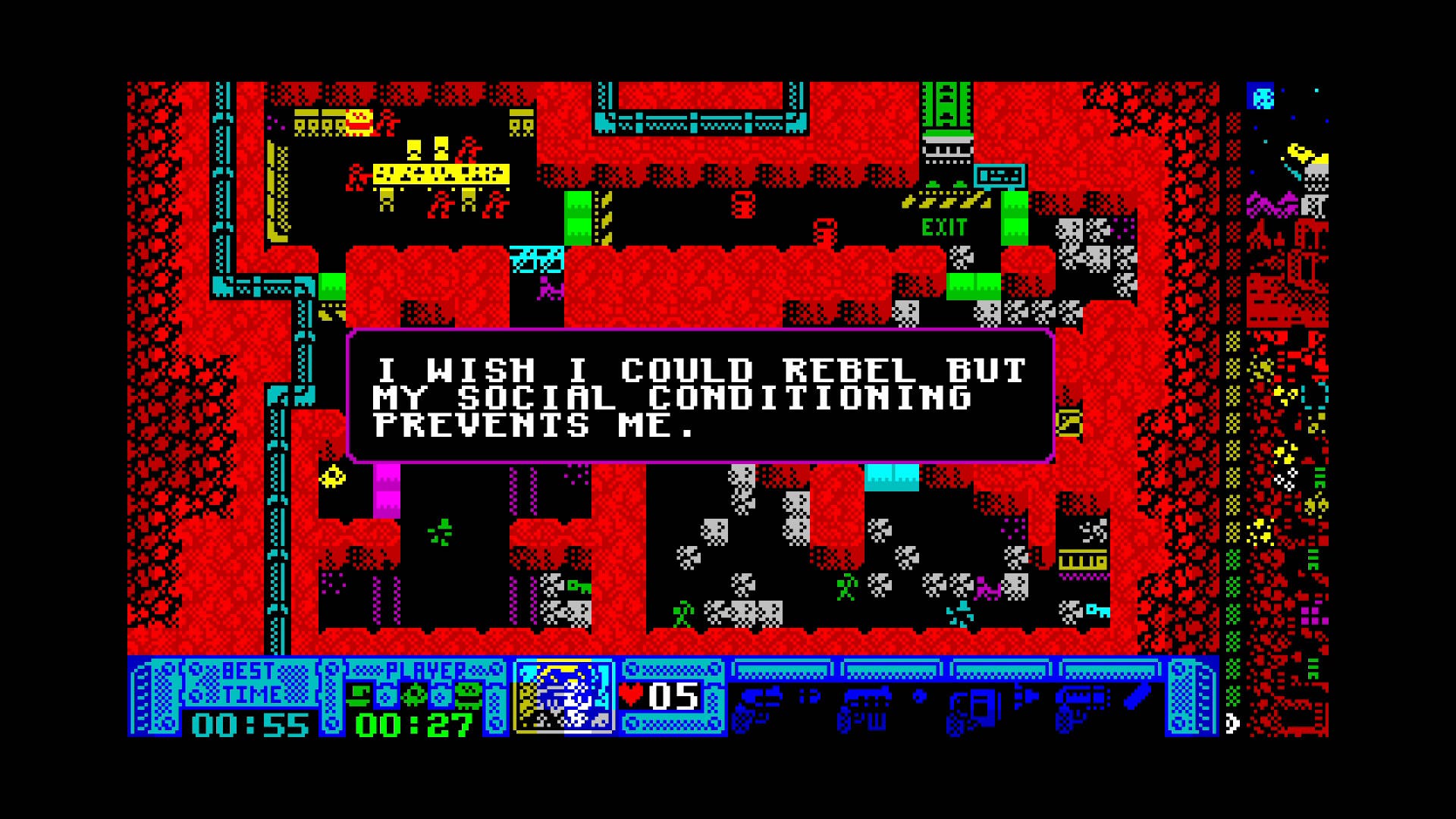 In it, you shoot rocks apart to create paths for you to find the exit to do it all again. Controls are are that of a twin-stick shooter. Scores are time-based, meaning that the faster you get through a level, the better you’ll do. You’ll have to navigate a level to unlock various stages that are gated off via keys and terminals to be able to reach the exit. This presents light puzzle elements before being able to move on. You’ll be repeating this for each of the 20+ levels, with the difficulty slowly increasing and the chaos rising.

Between you and the next level, are enemies with guys (red pixel guys), and/or zombies (yellow pixel guys). Shooting is sometimes inconsistent, as I felt the stick was in the specific direction that it should be firing, but it wouldn’t be. You’ll find new weapons allowing you to switch between multiple weapons with limited ammo. Your primary pistol has infinite ammo thankfully, but the slow fire rate can often get you killed.

This game loves its tea and scones, and for good reason. These items are secretly hidden in each level, and finding enough of them unlocks arcade minigames to play. And there’s even an Aqua Kitty level, a game also developed by Tikipod. For those purchasing on the PlayStation 4, there’s specific content only available there. There’s a Battle Mode that allows you to play local multiplayer in hectic arenas, to the death.

Electric Cafe creates some great music, I found the menu music more memorable than the in-game tones. But it’s all era-appropriate and punchy. The visuals are well-done, but some levels are a bit hard on the eyes with that intense red serving as the Mars surface. That’s also kind of the game’s charm as well. 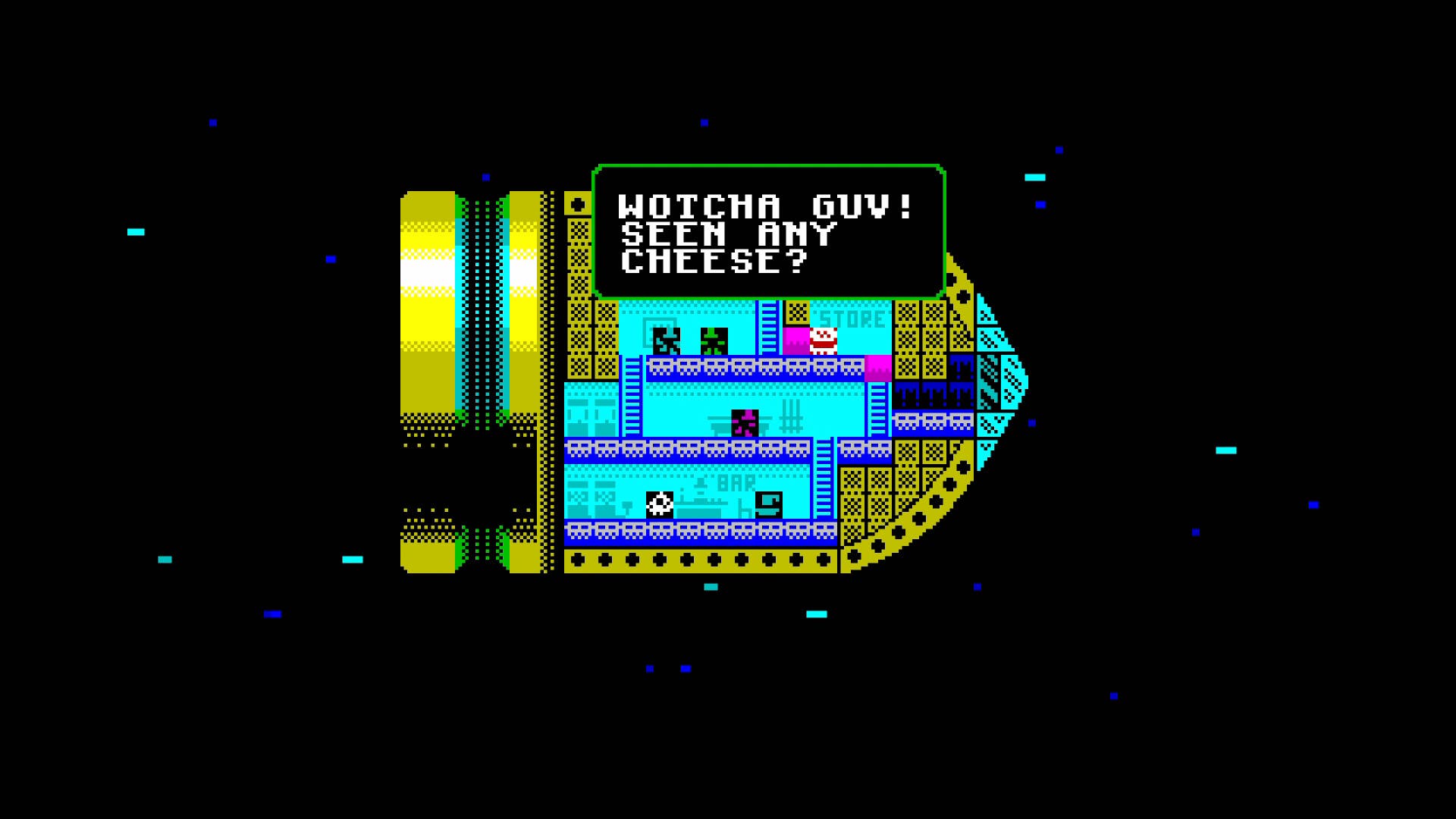 Rock Boshers DX: Director’s Cut is a weird one. It gets everything retro right, but it’s a short game with a lot of content and replayability. It makes it worth the asking price. It can be mildly frustrating, but sufficiently challenging. If the visuals don’t bother your eyes and though the shooting oddity is rare, you’re bound to have a good time whether you have a few minutes, or hours to kill on your console, or handheld.

A PlayStation 4 code was provided by Tikipod for review purposes