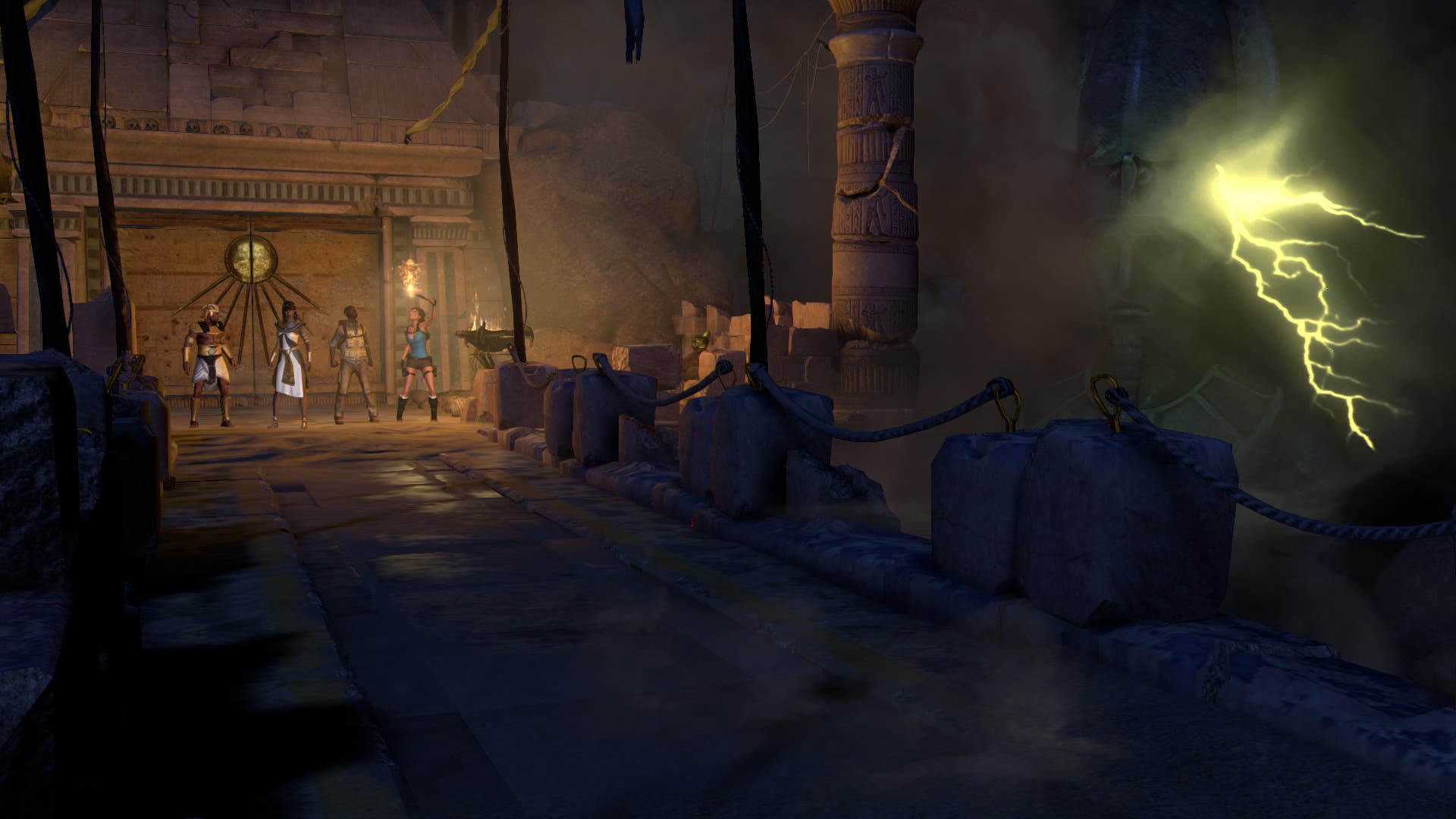 Lara Croft and The Temple of Osiris Review

While not a technical powerhouse for PC or the new generation of platforms, Lara Croft and the Temple of Osiris is a beautiful follow-up to Lara Croft and The Guardian of Light from 2010. The classic feel of Tomb Raider is well represented, where the focus was more on puzzles, and less on shooting and story. And whether playing solo or with others, is enjoyable romp that respects your time.

Lara Croft’s latest adventure, takes her on a mythological quest to Egypt to retrieve the Staff of Osiris. But of course, a rival raider has gotten there too, and the both of you unleash the evil god known as Set. As a result, Osiris is the only one that can stop him, but his statue has crumbled and pieces sent all over the land. You’ll reassemble the broken Osiris statue like Humpty Dumpty in efforts to stop Set. And that is about all the story you’ll get, the rest is all thankfully done through playing the game and solving the puzzles contained within.

The Temple of Osiris is very much like Guardian of Light, with little in the way of change. It can be played local or online co-op. You move Lara or as one of her partners with the left stick, and aim with the right-stick. Lara can switch weapons with the d-pad, and will gain new ones as she progresses through the game through treasures or by completing objectives set by the beginning of levels.

This is all played from an isometric view that those who’ve played Diablo III on consoles or PC will find familiar, if not a bit watered down. Lara doesn’t level, nor does her friends. But what she does do, is collect loot. With currency earned from smashing containers, solving puzzles, lighting torches and blowing up hidden treasures, will she be able to spend on chests that will give a new item to equip. These items may not be good in quality most of the time, but will contain buffs and benefits to try wearing a new amulet for, such as making every shot a spreadshot, or making it so you regenerate health over time.

The game is quite short, but is worth replaying for better scores and unlocking more amulets, guns, and increasing the max health and ammo of your character. With a centralized hub, you can go back to any previously played level or continue to find any of the hidden tombs that are challenges that will leave a reward for completion that will no doubt enhance your character by the end of it. 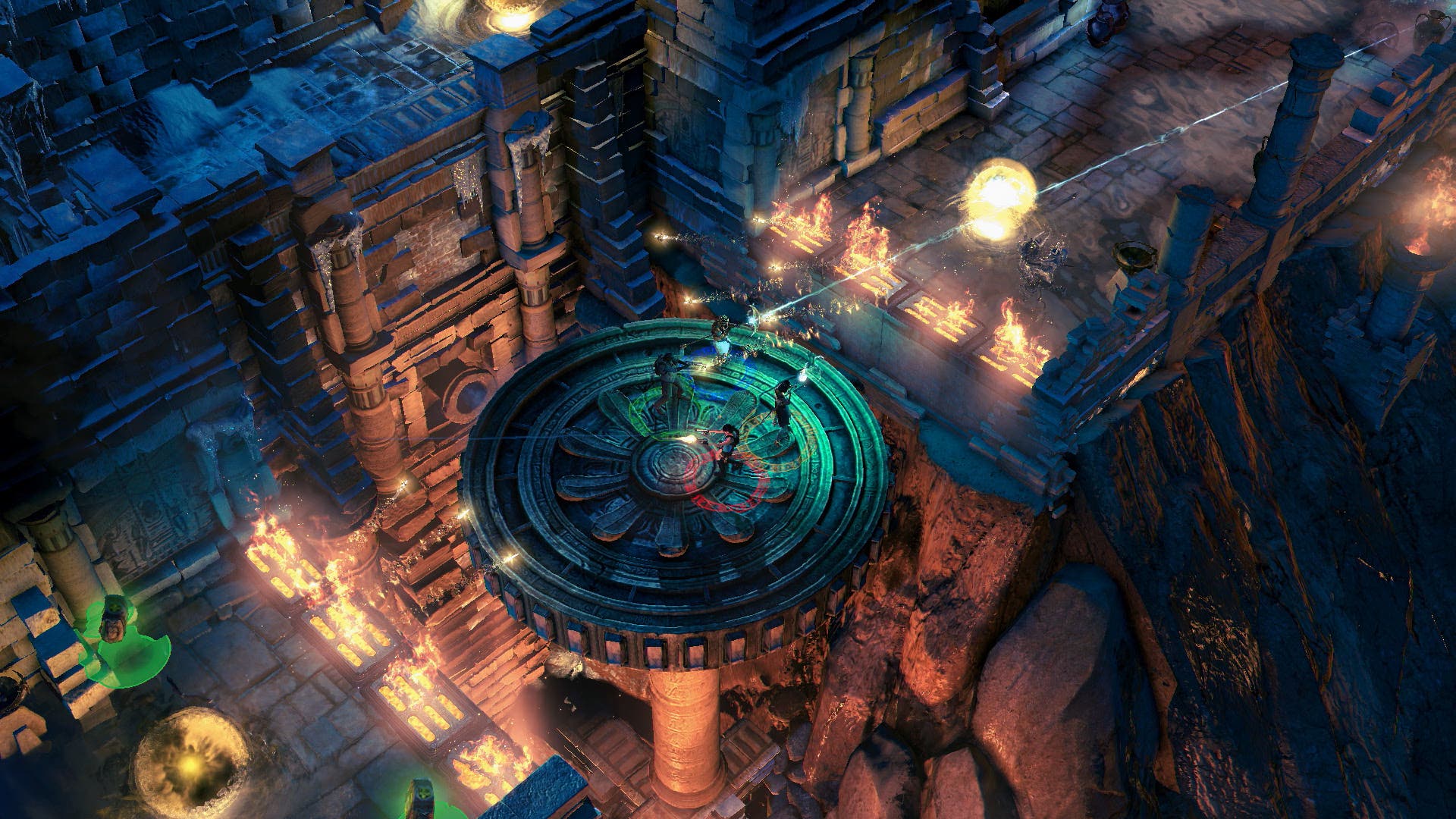 When playing solo in The Temple of Osiris, you’re given all the tools necessary to complete puzzles on your own. The Staff of Osiris lets you find direction of where to go to the objective, slowdown timed explosives, and raise platforms on a whim. However, this relies on communication in a lot of ways other games don’t. And in co-op, you have to work together, as no one person can complete the objectives for everyone else.

The story never really kept me engaged, but the environments did. With a day and night-time lit world, makes things look dramatically different. Weather effects also come into play that give different elemental effects as well as a visual variation. It’s a pretty game, but not one I would call gorgeous or anything that is pushing the limit of your hardware. The music enhances the feel to the game with an Egyptian score that feels appropriate and doesn’t get in the way. 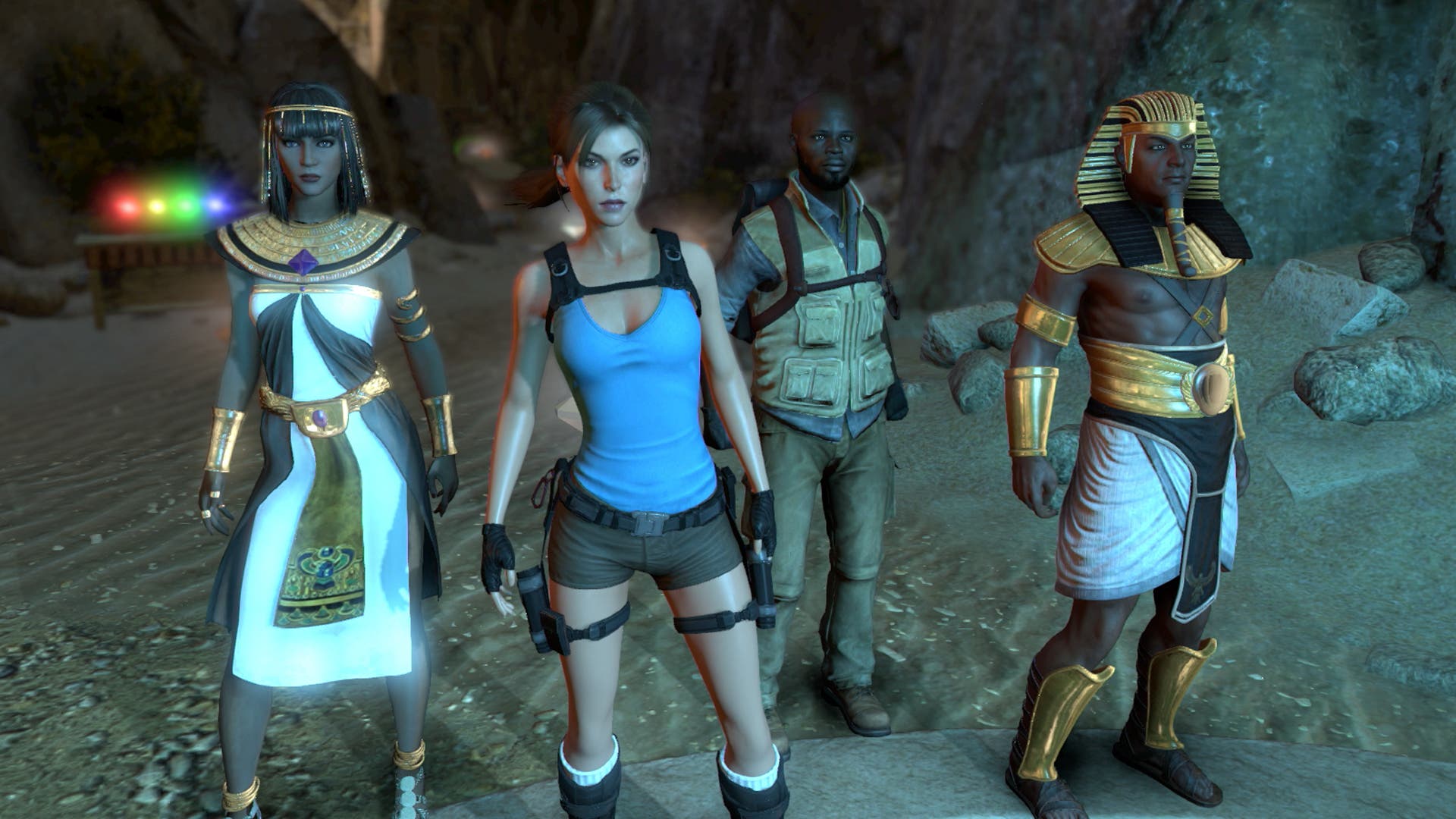 Lara Croft and the Temple Of Osiris is not radically different from its predecessor, nor is it terribly long to play through. But it is a lot of fun with, and even without others to work for better scores, get more loot, and solve simple yet entertaining puzzles. It’s the classic Tomb Raider formula presented in a new view that will having you coming back for more.