When I play a game in-between reviews, I often gravitate towards games I’ve already beaten, or have minimal stress so that I can just enjoy the experience of playing it. We all have these games we go to, to unwind and decompress. Gravity Ghost might just be my new palate cleanser, and it is the most stress-free gaming experience I’ve ever had. 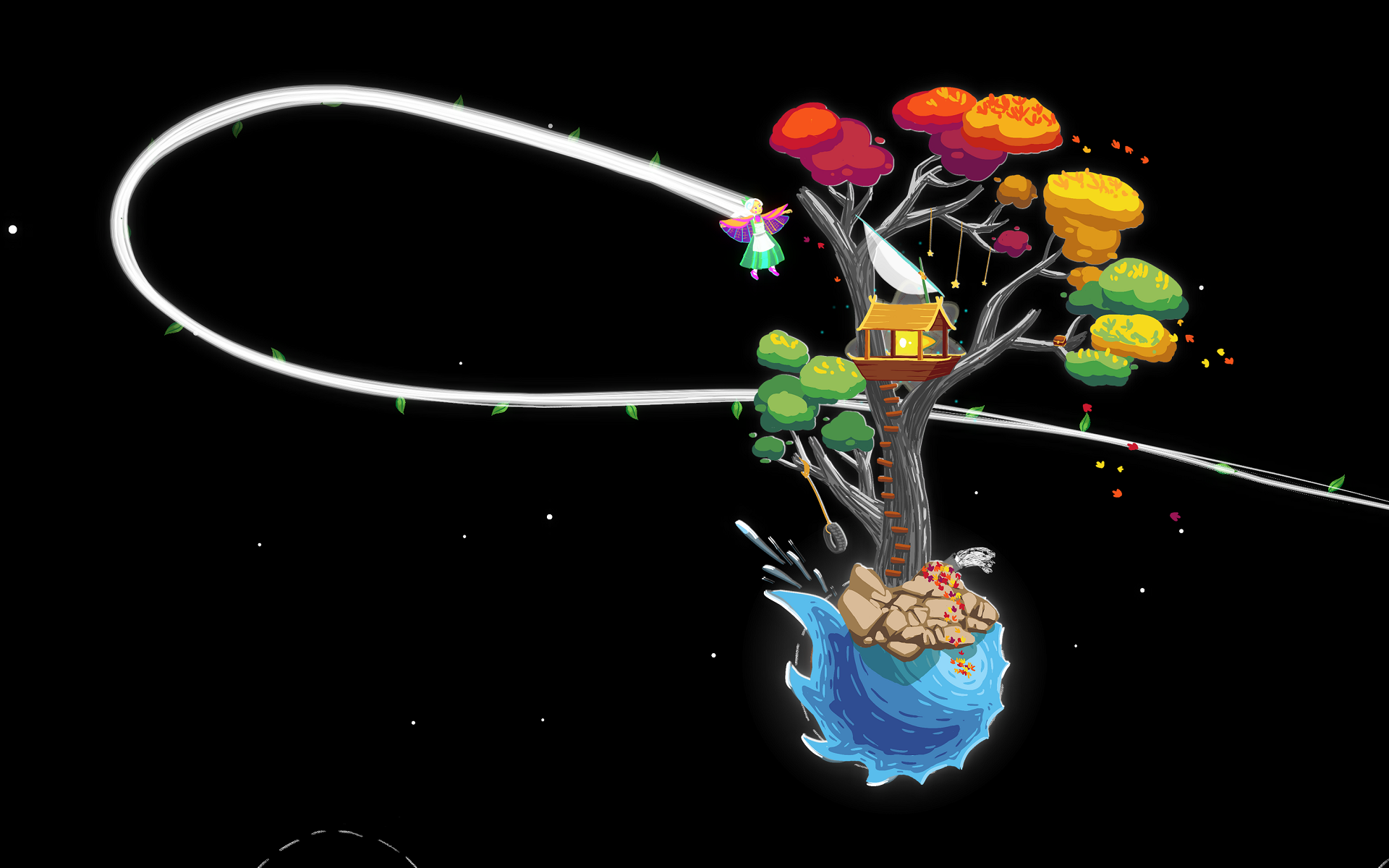 The story begins with Iona, who has died and has taken an ethereal form. Things have unraveled space, and you must fix things by visiting the 7 guardians across 100 levels to return order to the universe. A big feat that is made easy with a forgiving game with fun puzzles that remain challenging, but not difficult.

Some of the story elements are too heavy-handed for them to hold any meaning. Many cutscenes are in the game, with voicework from talents such as Logan Cunningham and Ashly Burch, but these are flashbacks are without any context or clarity given for you to understand their significance. However, these scenes can be entertaining: such as when a mouse sings a song, and Iona quickly wants her to stop, just as I did. These moments are few and far between, and death is not treated as serious as it is should be, like when a poop joke is made. It creates levity for the game, but doesn’t seem to be committed to any certain direction, and that uncertainty hurts the overall narrative. 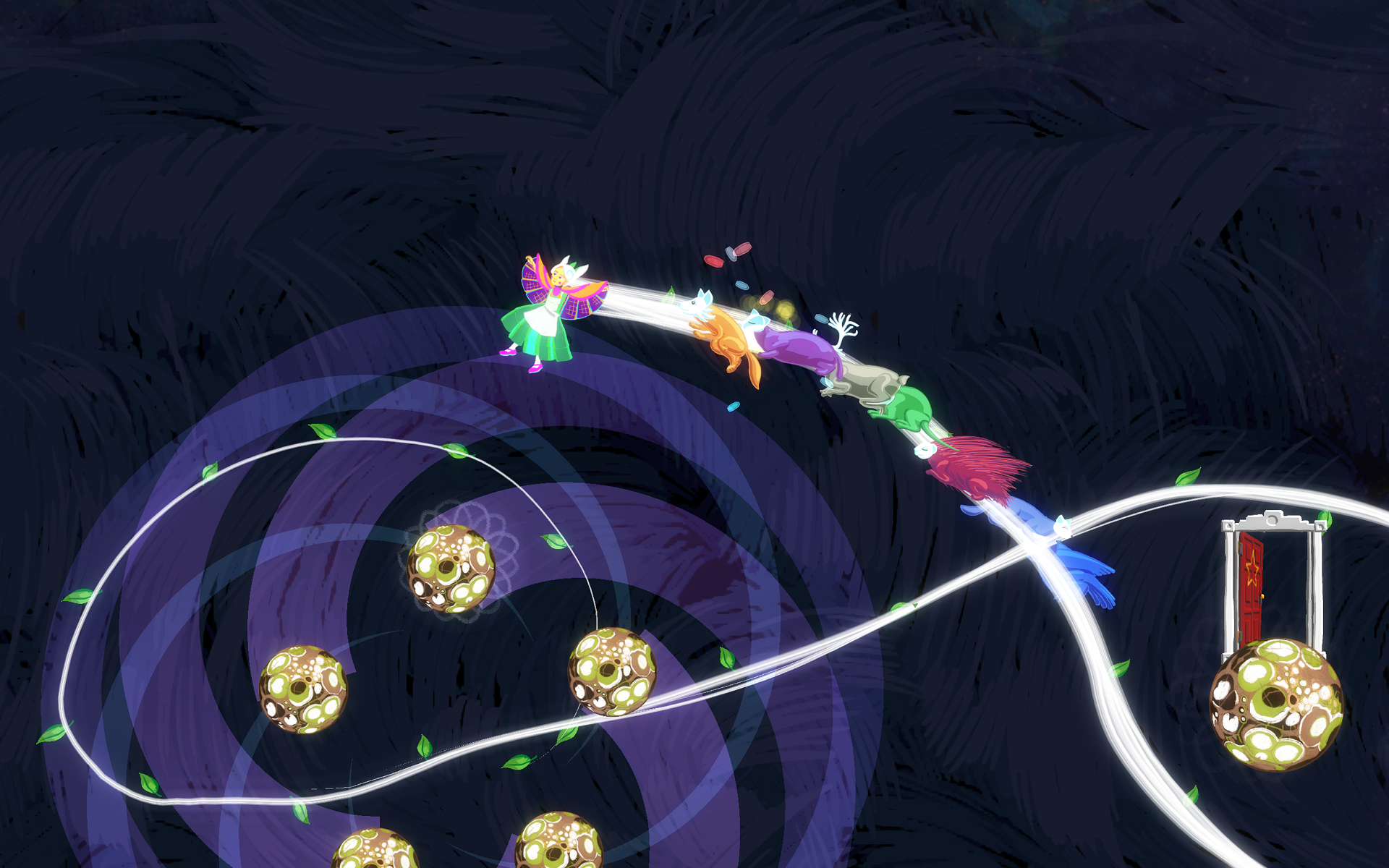 The actual playing of Gravity Ghost has very relaxing and forgiving. And while it is rare, I found that the gamepad controls the best and is the most accurate for minute movements. The only frustrating times are when you’re looping a planet to get the slingshot just right to grab that star or flower allowing you to progress.

Through playing, you’ll acquire powers to aid you, such as heavy mode to fall faster and glide to go in a single direction. These additions are given to you slowly, but early enough that it allows you to experiment. Text comes on the screen telling you that collecting flowers lengthens your hair, but it’s not for many levels later it tells you why that it is. Your hair has the ability to terraform planets, when you encircle a planet, it may be converted to water, so that whatever is inside can be obtained.

Just collecting stars and flowers is not all there is. You’ll come across animal spirits that fly opposite to your movements, and you must cleverly grab them and return them to their skeletons, where Iona apologizes for their unfortunate demise. And while not entirely fun to play, gameplay is broken up by retrieving items from a rotational maze.

There’s going to be plenty of arguments to be made about whether this is game, as there’s no consequences or risk of death for your character. Which, considering she’s already dead, makes a whole lot more sense as to why that is. But the removal of failing any of the game’s scenarios makes it infinitely more approachable.

The hand-painted and Cray-pas style of artwork is colorful and bright. And only in motion can you appreciate its tender beauty. Coupled with music by Ben Prunty (composer for Faster Than Light), lends a softness to the game that it would otherwise be lacking.

Two For One: Each purchase of Gravity Ghost comes with a second copy for you to give to a friend or family member. The value of the game is increased by this great offer, and does not have an end date. 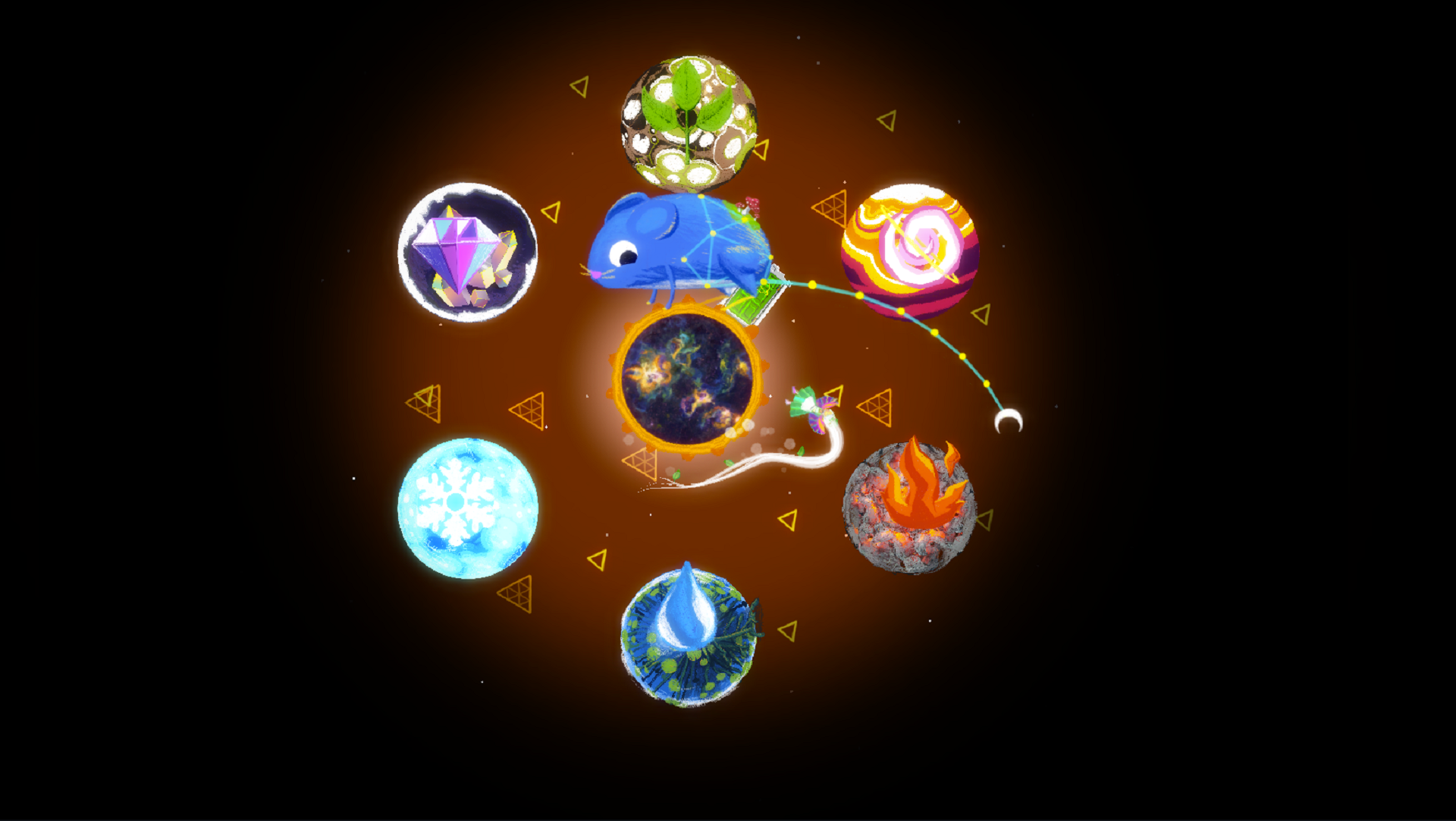 Gravity Ghost is the type of game that you won’t be embarrassed to be showing to family members, or people who would be offended by the hyper-violence that often exists in today’s games. It is incredibly satisfying over the several hours of play, even if Gravity Ghost itself doesn’t approach situations with the proper gravity it needs. Ivy Games has crafted a unique, no fail-state experience that is worthy of your time, no matter how much you give to it.