If you played Saints Row IV you know just how crazy the story of the Third Street Saints concluded. What began as a more gangster focused GTA clone, found its niche being the crazy and somewhat funny open world game it is today. What was once all about big ass chains is now about becoming your very own superhero. Looking ahead, Volition will need to give the Saints crazier, even more insane moments if they continue on this path but Gat out of Hell, it’s fun and slightly different but doesn’t go far enough. 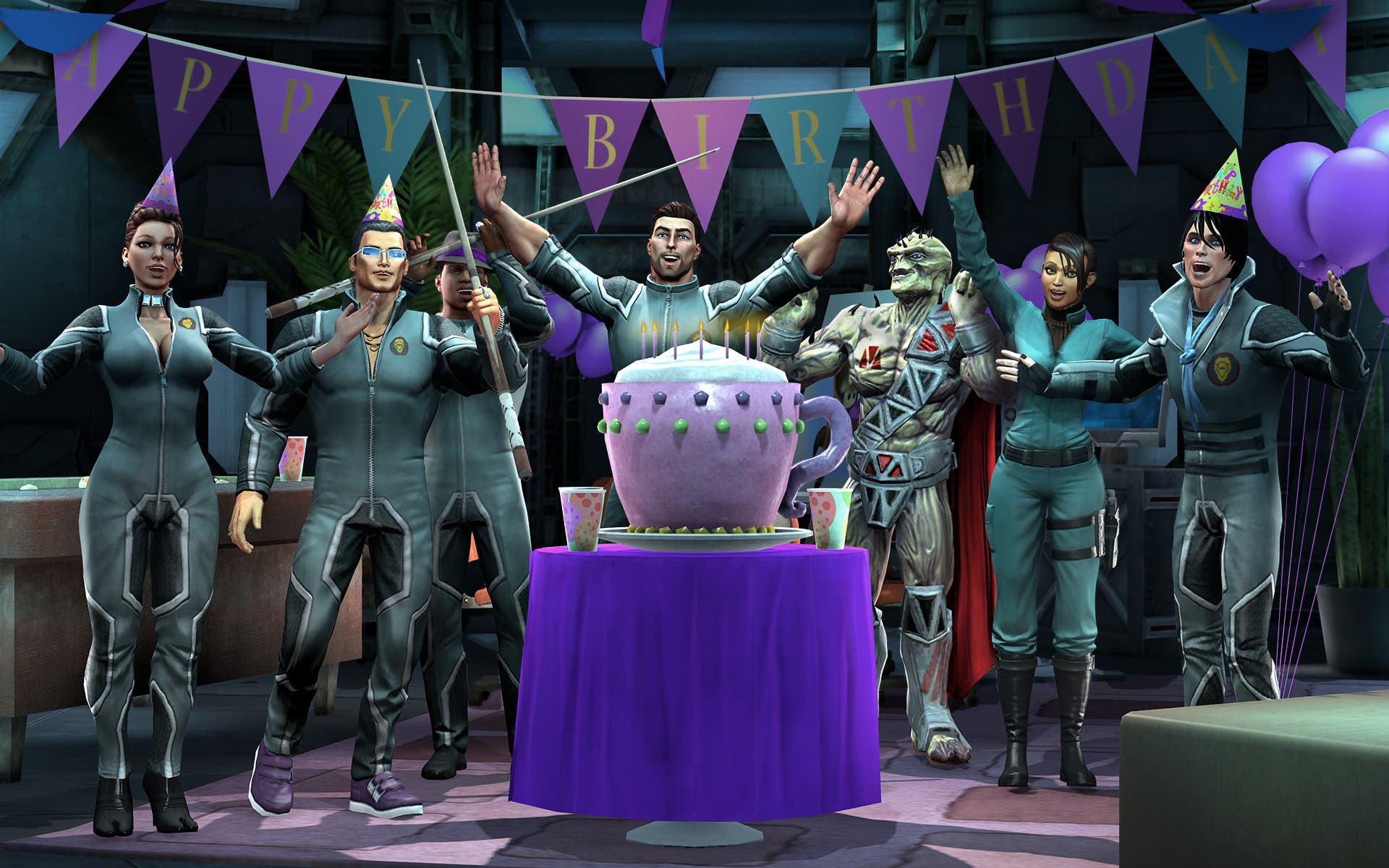 Volition has written up a very light story for a $20 stand alone title, or bonus in the Re-Elected edition. There are only a couple cutscenes paving the way through the story focusing on OG crazy man Johnny Gat and fairly new to the series Kinzie Kinsington. Told through storybook pages and narrated by a woman you meet at the very end of Saints Row IV, you find yourselves back on the Saints ship celebrating, Kinzie’s birthday when a game of Ouija goes awry. The boss gets sucked into a portal where Satan is hatching a plan to marry off his daughter, Jezebel, to the boss. It’s now up to Johnny and Kinzie to stop him.

Unlike other Saints Row games, there are no traditional missions, Gat out of Hell uses the side quest and loyalty progression from Saints Row IV to complete diversions and cause chaos. This increases a progress bar called Satan’s Wrath and when certain milestones are met, a cutscene will be triggered that will progress the game along. It is possible to finish the game before completing all the side quests and loyalty missions as I ended up not getting to certain characters from a recent Saints Row title.

Yes, it’s storyline is light but at $20 we weren’t going to get a fully fledged game either. The game is very Saint Row still in its wackiness with its writing and an out of nowhere musical number that led me to wonder if a full game could actually pull off being a musical during. Could we ever see a Disney Musical of Video Games? Give it a try Volition, what could it hurt. The game does includes many of the features found in Saints Row IV like upgrading ammo to deal crazy bonuses, acquiring new weapons, and becoming insanely overpowered. Gat out of Hell introduces several unique weapons based on the seven deadly sins. The two I came across where the lounge chair that had Gatling guns and an Uzi that shot diamonds at enemies rewarding you with even more cash. 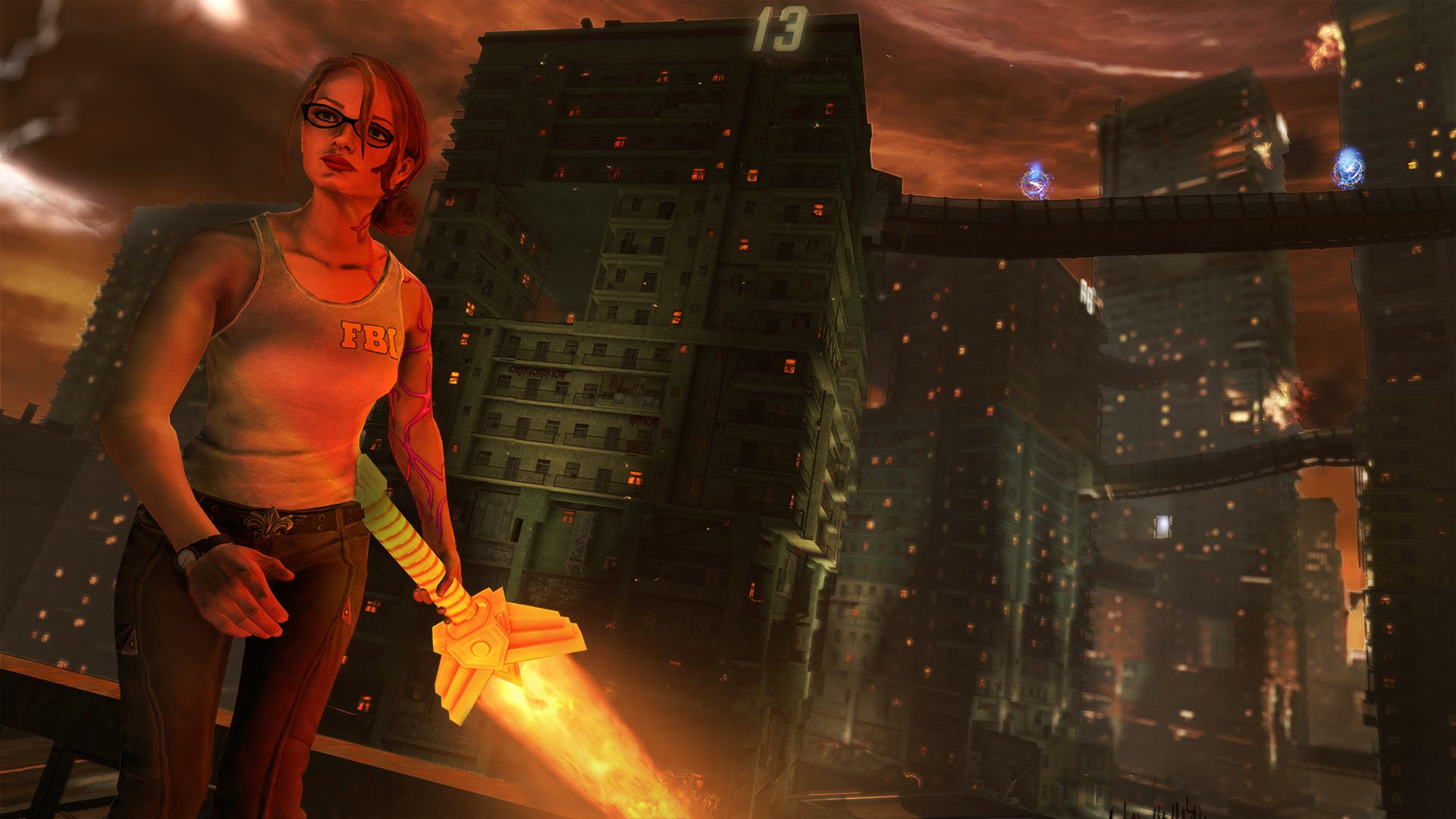 Just like Saints Row IV the player is given super powers. You’ll get angel wings to fly, super speed to run up walls and a few other repeats from the last game like blast, stomp, and aura. You’ll upgrade these powers with orbs you’ll collect through this new city just like in IV, where that felt like inspiration from another open world game Crackdown and just like that game there is no character customization. I know your saying to yourself that this is Saints Row and that’s been a staple, but being that you play as Gat or Kinzie, there are no physical features to change. Along with that there are no clothing options to choose from so don’t expect to play dress up fun time with Kinzie or Gat. There are other stripped features like no base building or radio stations but you have superpowers again and don’t need to ride around in cars. Plus this is a short snack of a game so I didn’t expect to have everything from a full Saints title

Being a Saints Row game, I still had tons of fun with it. Collecting orbs, leveling up, and the Saints Row’s humor is just as fun and enjoyable as ever. Even with the lack of real missions and just focusing on side quests, the game was still fun to play. The game isn’t very long though and the core story can be completed in about three hours with multiple endings to watch. I’m at the point where I want to keep playing and try to hit all those achievements. Haven’t had that feeling in awhile, that’s for sure. 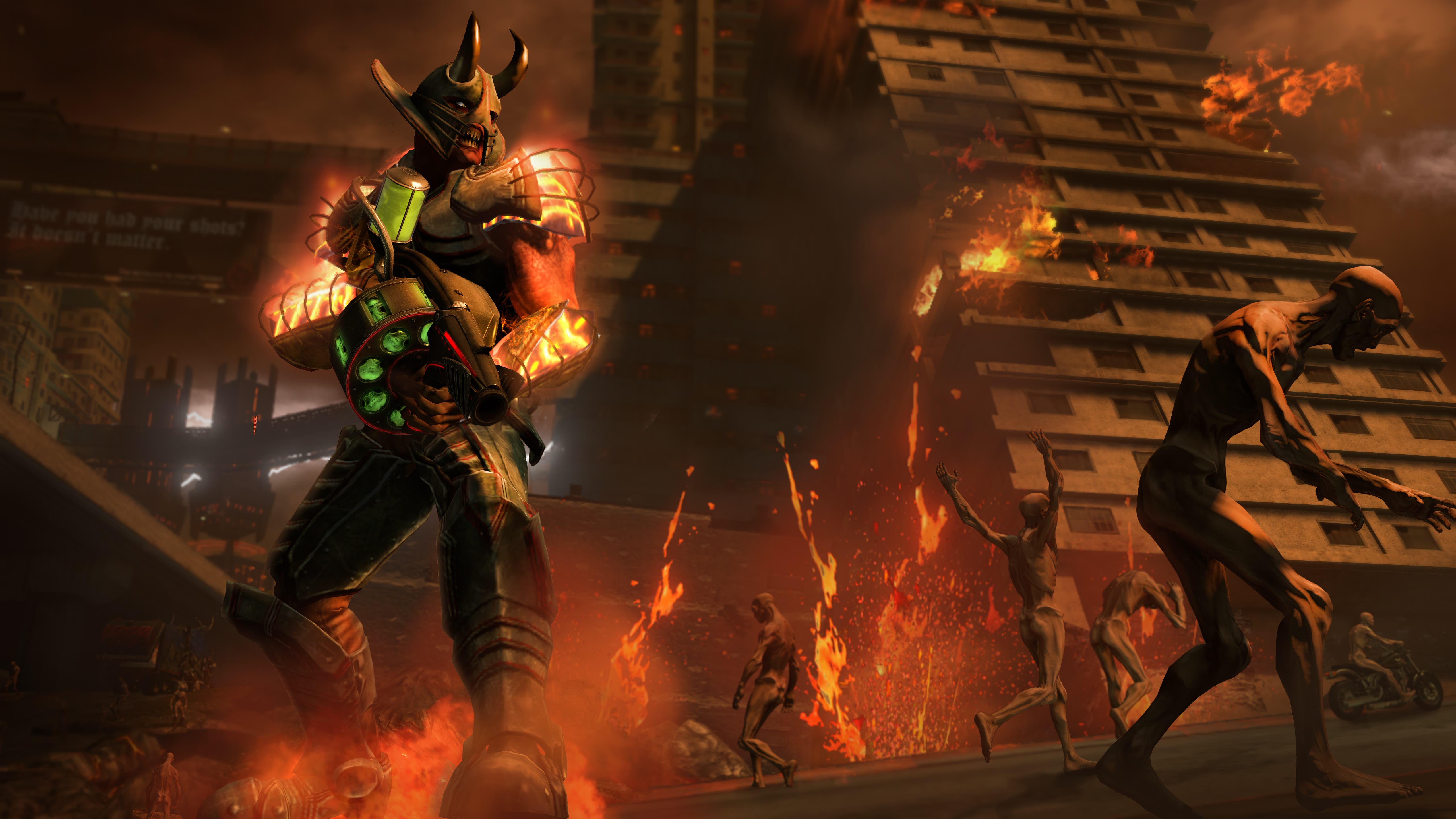 If you’re looking for a new Saints Row, Gat out of Hell is, by the definition, just that. But just don’t expect something as full blown as a direct sequel, there’s still fun to be had here so go enjoy flying around and punching Satan in the face.

A Xbox One code was provided by PR for review purposes