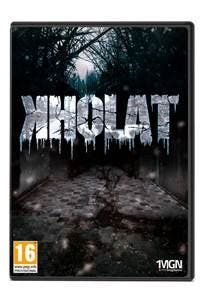 Kholat, the game about The Dyatlov Pass Incident is coming April 24th

February 2nd 2015 marks exactly 56 years since tragic events known as Dyatlov Pass Incident. Due to this anniversary, we have prepared a new animated trailer, showing the chronological course of events, which served as our main inspiration for the creation of Kholat.

We would also like to announce the release date of Kholat – it will be 24th April 2015. Pre-order starts today and is available at: http://www.buy.kholat.com/

The site will be continuously updated to include all the platforms on which the game will be available. On this occasion we have also prepared the cover of the Kholat boxed edition.

Łukasz Kubiak, IMGN.PRO  co-owner – „The last few months of our work were very intense which resulted in the alpha version of the game. The current state of progress has also allowed us to fine tune the release date. We match the anniversary of Dyatlov Pass Incident with our new trailer, which also happens to be the best opportunity for the official announcement.”

Kholat is an exploration game with strong elements of horror, inspired by the true story of nine Russian students who died in unexplained circumstances in north of the Ural Mountains on the east shoulder of Kholat Syakhl. The event is widely known as the Dyatlov Pass incident.  Kholat is narrated by british actor Sean Bean.