New screenshots of Common Sense reveal a few of the secrets hidden by our cabinet ministers for the last few months. Get a sneak peek at a few of the new events relevant for subject states, our new theocracy government and the Buddhist nations of East Asia. Our new building menu is revealed, as well as the master menus for the Parliamentary and development mechanics.

We’ve already announced the major new features for Common Sense – national churches, provincial development, etc – but, as always, the expansion will come with a free patch that upgrades many parts of the game whether you buy Common Sense or not. This has become such an important part of our process that we’ve even named our upgrades. 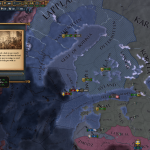 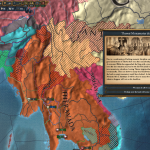