Set sail for adventure, guarding treasure fleets and unlocking the secrets of the Amazon. Sacrifice vassal kings to angry gods to stave off Doomsday. Or, stand outside history, and create a new nation from scratch. More wonders of alternate history are coming very soon.
Europa Universalis IV expands again on February 26 with the release of its El Dorado expansion. This, the fifth expansion to Paradox Development Studio’s best-selling historical grand strategy game, adds greater depth to the New World as your European explorers and conquistadors seek wealth and glory in South and Central America.

With the new Nation Designer, Europa Universalis IV players will be able to create custom challenges anywhere on Earth. Randomized nations with up to 32 user-designed creations open amazing new possibilities for both multiplayer and single player experiences.

El Dorado adds greater depth to the Aztec, Mesoamerican and Incan cultures with new religions and mechanics to help them prepare for the inevitable foreign invasions. Can you ward off Doomsday and hold off the Spanish armies?

El Dorado also introduces a system to automate exploration at sea and on land, where your hardy adventurers will encounter new events and decisions in their quest for cities of gold. There are also treasure fleets, changes to vassal management and many minor changes – as well as the usual pile of content free to all Europa Universalis IV players that accompanies every Paradox Development Studio expansion. 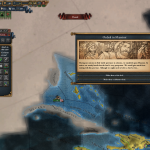 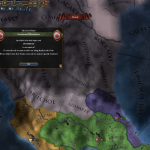 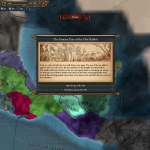 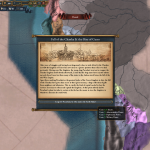