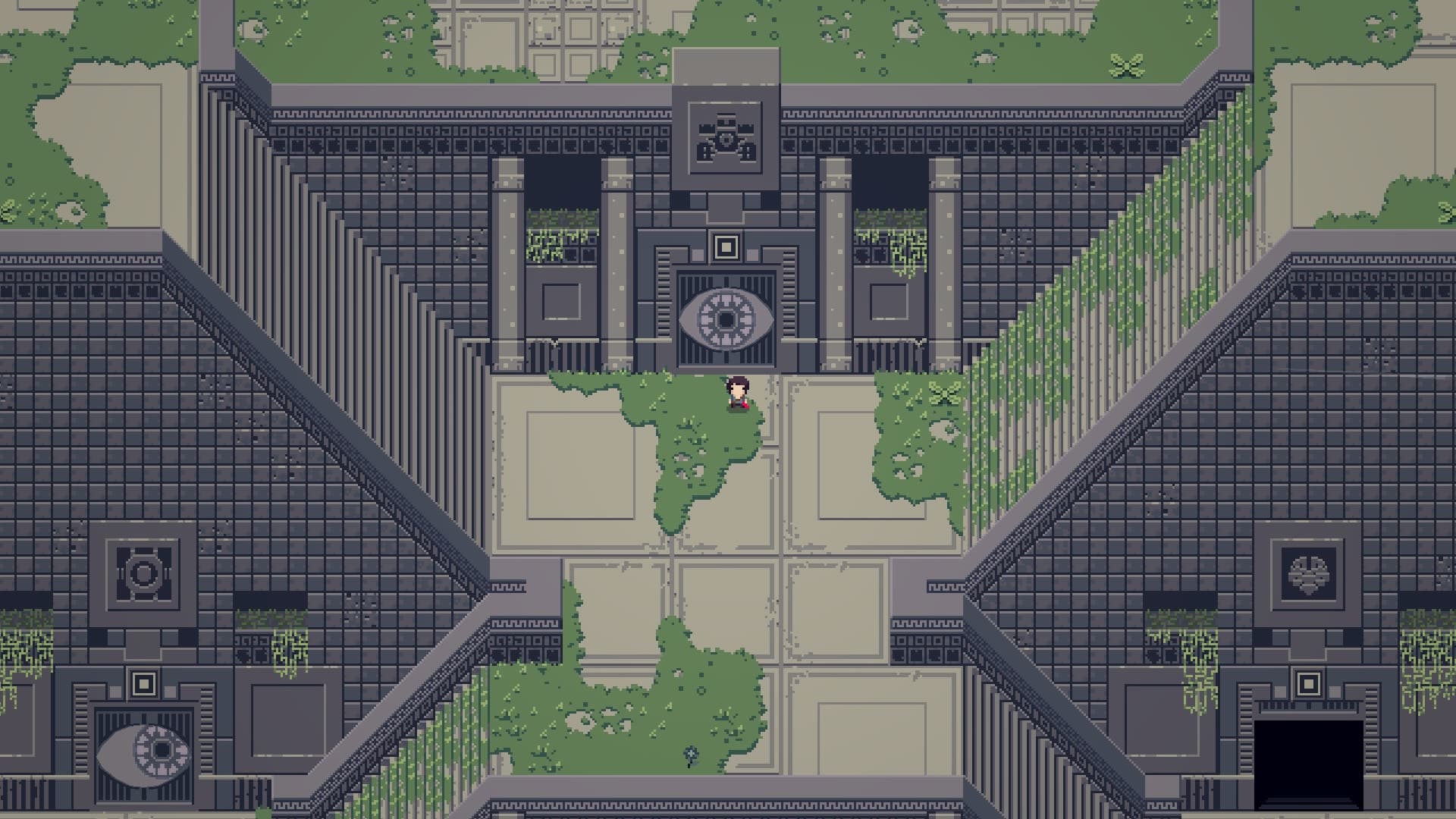 If you know me, you know I hate games that make me frustrated. Typically that’s resevered for games that become so difficult that it takes me out of the world and instantly I lose any enjoyment. Then there are difficult games that can still be hard and frustrating but keep me engaged. A recent example of this being the Dark Souls series. Even with endless deaths and angry glares aimed at my TV screen, I can pin point my frustration of failure at my hands, not at bad design. There has been only one other game so far this year that has invoked that same sense of frustration, but kept me coming back for more like I was its, um, well let’s not go there. 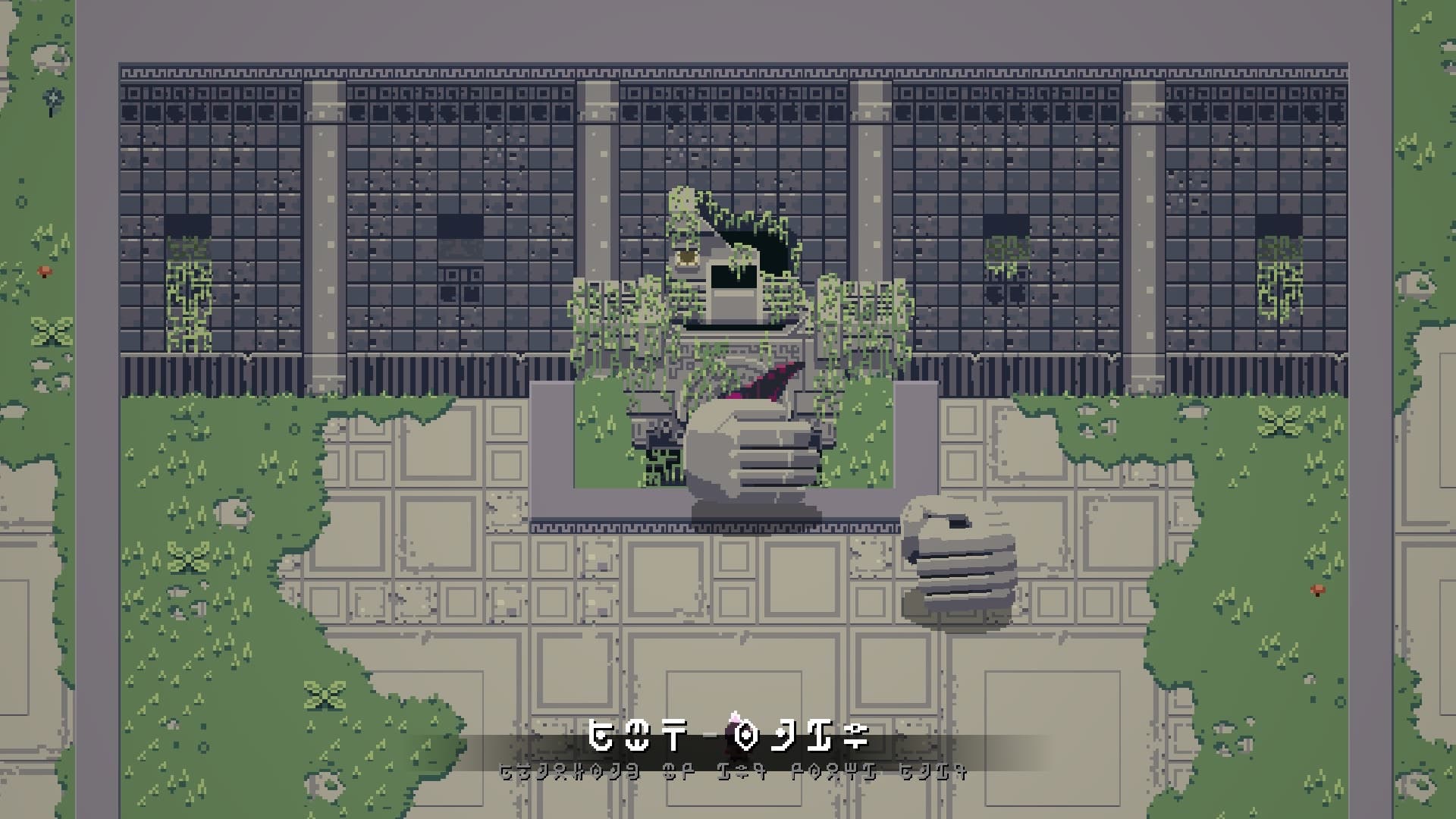 Titan Souls. Right away the developers Acid Nerve are teasing you with what type of game your about to experience. Now not every game with the word souls in it is going to be indicative of how it plays but this game truly wears its inspiration on its sleeve on two fronts. If you’re familiar with Shadow of the Colossus (SotC) then the art and the very name of Titan should stick out to you. Similar in style to SotC, the world is very run down, ruins are everywhere as you explore this world, a world filled with only boss battles.

What makes the game unique is that you only have one means of attack. Your trusty single shot arrow. Once fired though, you can retrieve it by walking over it or summoning it back to you leaving you motionless while bringing baby home. Each boss has a pattern and each boss has a weakness. Your job is to get your arrow into that weak spot, kill the Titan. This is when the game becomes like a puzzle game. You as the player must figure out the pattern and when to strike so that you can proceed. Each Titan can be killed in one shot to their weak point, it’s just getting there is the frustrating part. Welcome to the Souls influence, you will die, and you will die many times. Experimentation is key and observing the Titans will take you far. 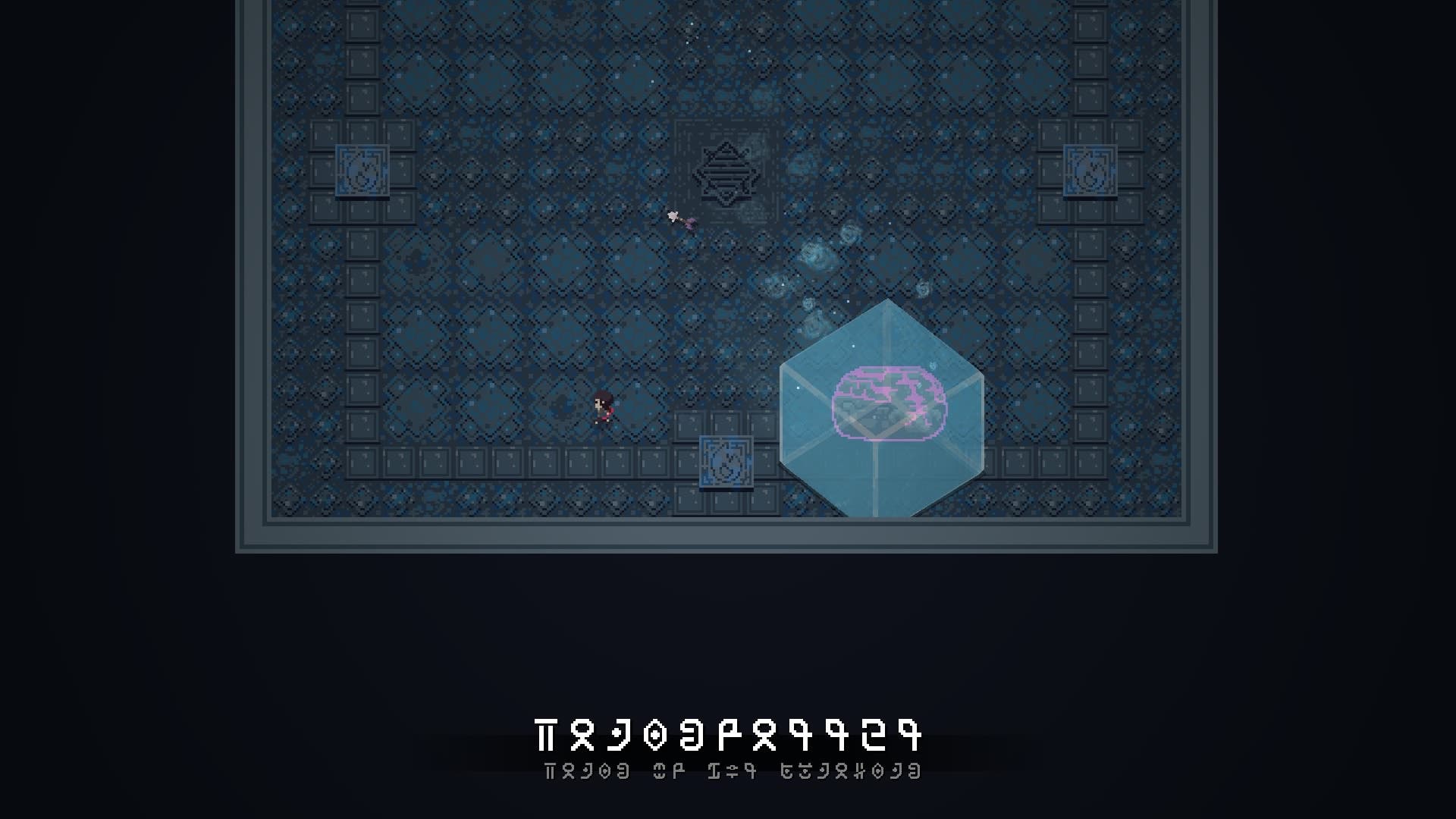 To be able to survive, you need tight controls and that’s where thing started to get on my nerves. Titan Souls is only a two button game, shoot arrow and roll. You have the ability to hold the shoot button down longer for a farther shot and able to roll quickly out of the way of attacks. I found it rather annoying that there was a short delay between doing consecutive rolls. I’m sure it was a design decision to not let the player constantly roll but there were times playing that I would get screwed because I rolled too soon and wasn’t able to roll again right away.

Other than the rolling, aiming your arrow uses the left stick. As you rotate the stick in a circle, the the hero will rotate with your movements using the arrowhead as your sight. This too presented some challenges being that you have no indication of the destination of the shot other than the arrowhead pointing the way. If I missed my shot, I was assuredly about to die if shot at the wrong time, but thankfully deaths are swift and loads are quick. You’re revived back at a checkpoint to do your walk of shame back to the Titan to attempt it again. 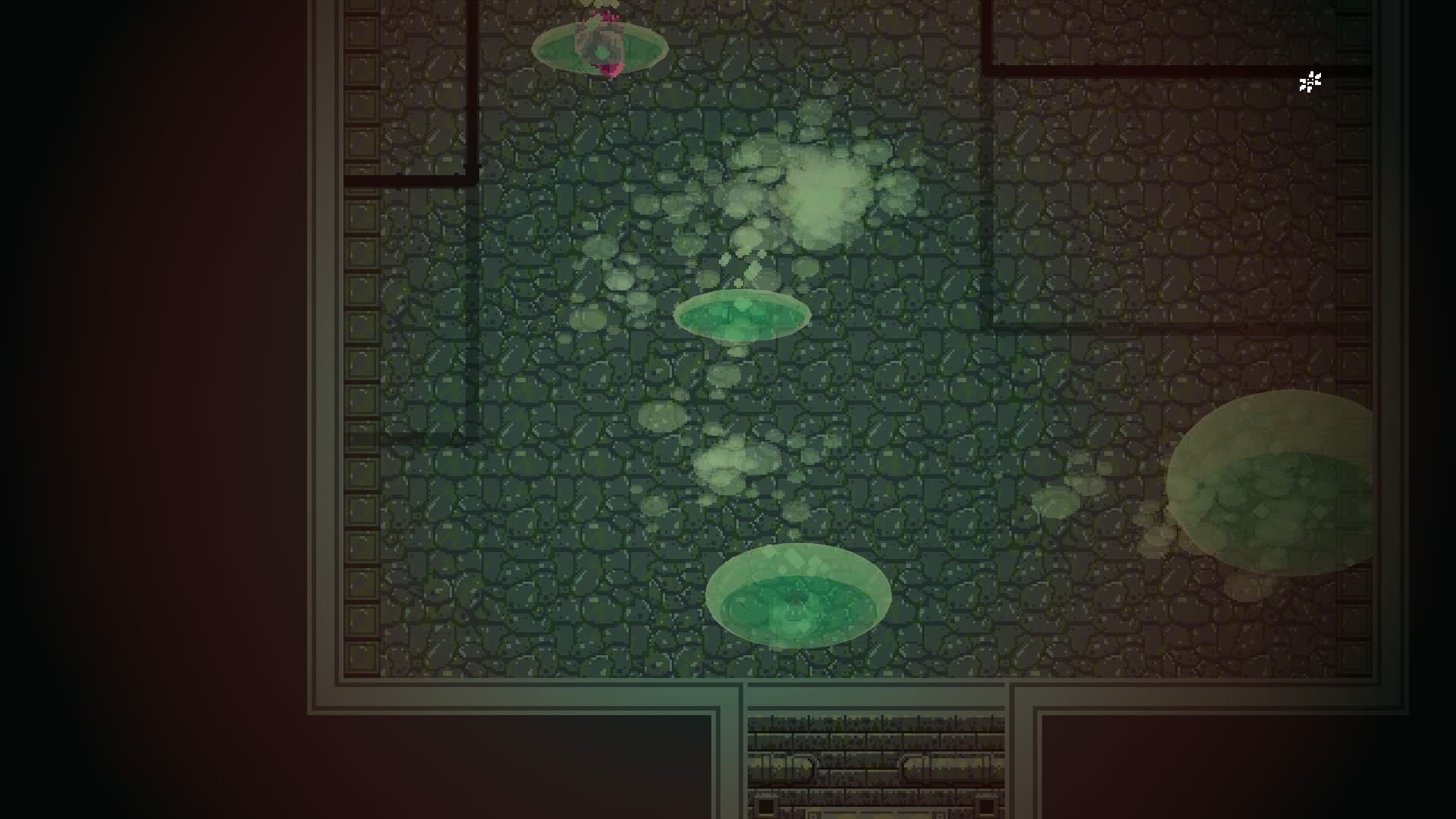 My only other gripe with the the game is that for a person like me there, is no replayability after final battle is over. Sure you can do time trials and trying to beat faster times. You could also go and kill every Titan and receive a special reward as a result. But for me, there was no incentive that tickled my fancy. No new costume/character that I saw, no need weapons, just some light stuff. I was very much done with this game once I killed that “final” Titan.

Titan Souls was originally conceived for the Game Jam, Ludum Dare where the theme was “You only get one” and I played that build about two or so years ago when I saw it covered by another games journalist. The game we have today did not stray from that formula and I’m glad it didn’t, because for as frustrating as it can be I enjoyed my time in this world.

A PlayStation 4 code was provided by PR for review purposes