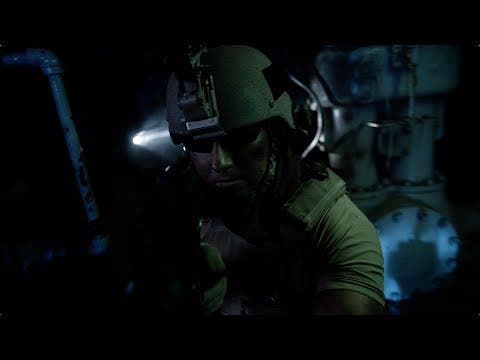 That’s the all-too-real scenario portrayed in the new video highlighting Seagate’s solid-state hybrid drives (SSHD). Anyone who’s ever played a first-person point-of-view game like “Call of Duty” or “Halo” understands the frustration of having to wait for a sluggish system to finish loading another game level.

The video drives home the benefits SSHDs bring to desktop and laptop gaming systems. Seagate SSHDs, which combine SSD-like speeds with the big capacity of a hard disk drive, deliver a richer gaming experience, with performance that’s up to five times faster than a traditional HDD.

In addition to YouTube, game and tech fans will see the video widely at several upcoming gaming events, including E3 in the U.S. and Oz Comic-Con in Australia. The spot also will be shown on a number of online-retail sites, including Amazon, Newegg and CDW.

Haruta collaborated to create the spot with Dave Bundtzen, a video producer at Seagate. Both say they worked to bring a “cinematic feel” to the project, with an immersive storytelling quality often found in the best games. San Francisco creative agency Impact Media Group gave the spot a professional polish, casting the actors — many of whom were military veterans and Hollywood stunt men — and filming it in a Los Angeles studio.

“This was definitely one of the more complex video projects we’ve done at Seagate,” says Bundtzen. “There were a lot of logistics involved — we had to have the right location, the right look for the actors and even the right look for their weapons. We wanted the same fast and frantic movement that you see in a game like ‘Call of Duty.’ And we wanted a strong narrative that could also sell the joke at the end.”