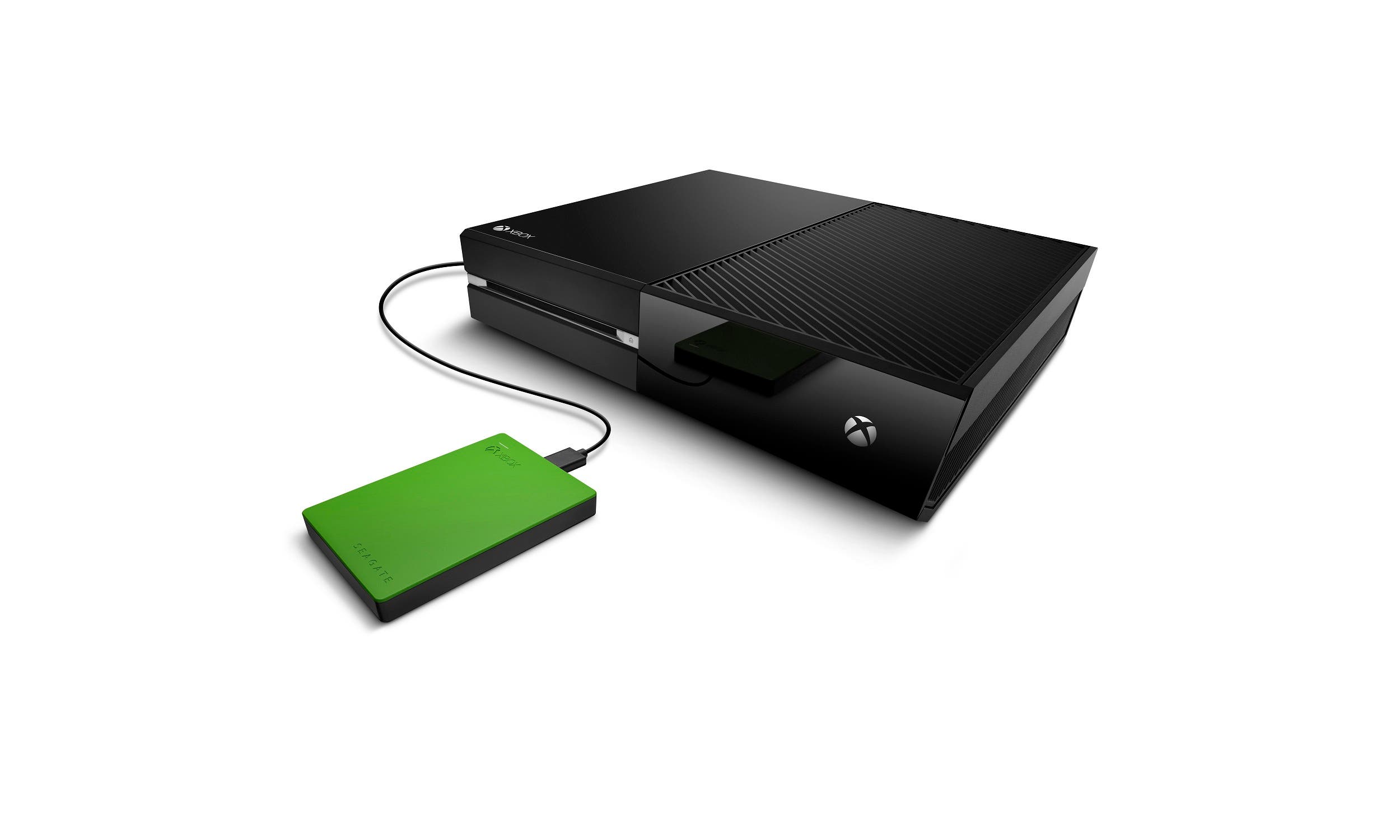 I connected it to my Xbox One, and instantly it was recognized. I was able to format the drive. Then I had the choice of setting it as my default download location or keeping it as a secondary drive. Since my HDD was full I decided to make it the default download location. One of the advantages of having games on your external drive is also portability between systems, so you have the option of copying all of your existing installed games to the external drive as well.

Once it was setup, I was able to go into My Games & Apps and download all of the content that I owned. I ended up still having 1.5TB free, which should be plenty for me going forward.

It’s great to have an Xbox branded product to go with your Xbox, and it works great. However, it is slightly pricey compared to the unbranded drives– even the non-Xbox drives that Seagate sells are cheaper. So you may want to look for a deal on this one or one of Seagate’s cheaper unbranded options.

A hardware unit was provided by Seagate for review purposes.