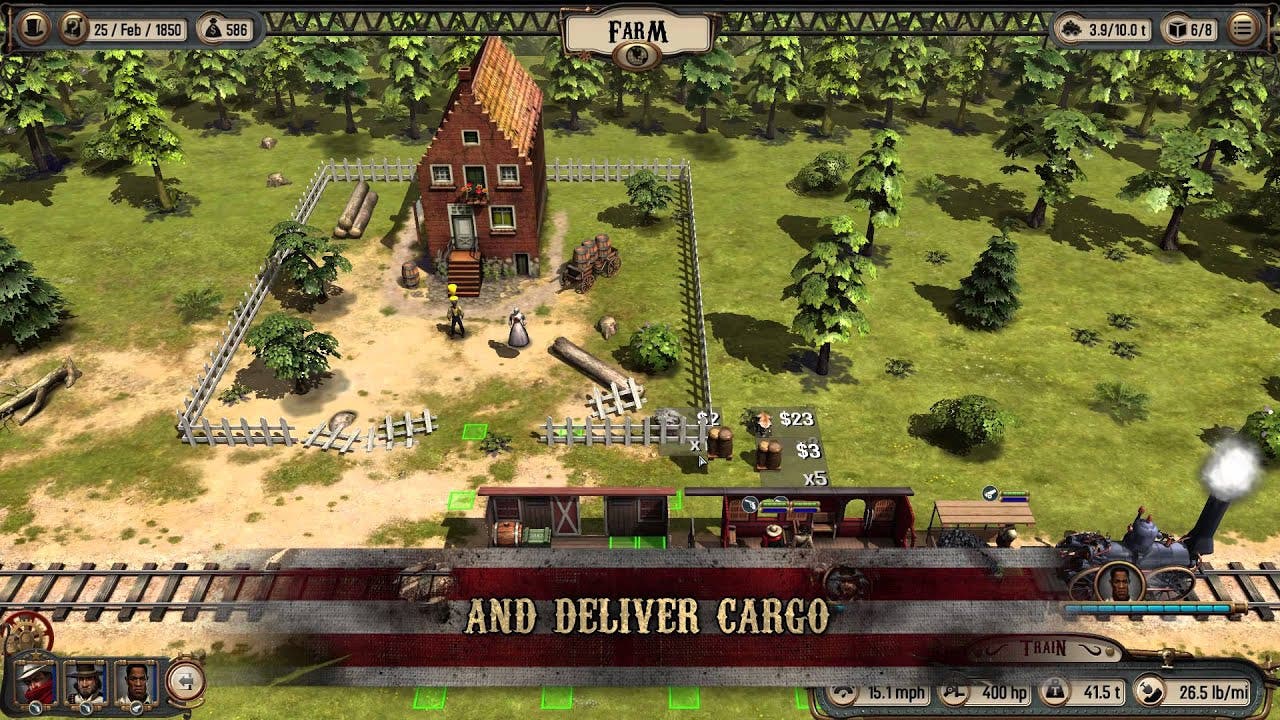 Daedalic Entertainment, a leading developer and publisher of story-driven games, has announced that they will release Bounty Train for Windows PC via Steam Early Access on August 17, 2015. The full release on PC and Mac is planned for Q4 2015.

Bounty Train features a unique take on the train simulation genre, with the player controlling a steam train in frontier America, following trade routes between towns, fending off attackers and managing the train. Players will hire and manage personnel (including drivers, armed guards and other crew), modify their trains with various engines and wagons, and keep those trains humming by purchasing fuel.

The Story:
Bounty Train takes place in the America of the 1860s, the player is the son of a Railroad Tycoon out to fulfil his dead father’s grand dream: an unbroken train line across America. But his former partners have other plans in store, and the building of the line becomes a desperate race to prevent a great evil.

The Game:
Bounty Train is a complex, tactically challenging game. The player has to keep many balls in the air — dealing with real time skirmishes with bandits, trading good for the best prices, resource management, train optimization and keeping the line (and train) in good repair. In addition, Bounty Train confronts the player with historical events, from the onset of the Civil War to the assassination of Abraham Lincoln — and depending on player choices and performance, the course of history may be changed.

Bounty Train borrows elements from many genres and uses them to build a greater whole, a new unique strategy game experience. A masterpiece for strategy fans everywhere.