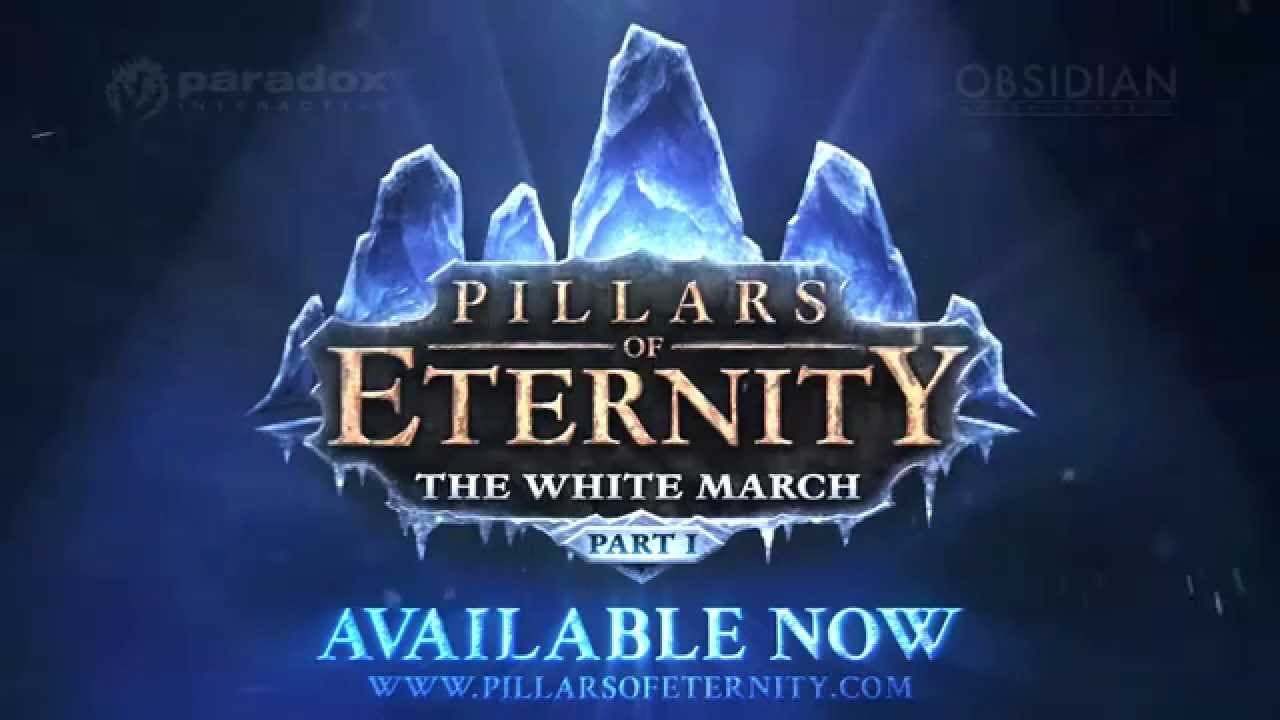 Pillars of Eternity: The White March: Part 1 is Out Now

Obsidian Entertainment and Paradox Interactive today released the first of a two-part expansion to Pillars of Eternity, the role-playing game (RPG) phenomenon funded by over 70 thousand backers. The award-winning recipient for the Best Indy RPG at E3 2015 from MMORPG.com, “The White March: Part I” is the first addition to the critically acclaimed game, and includes an extensive array of new dynamic content for both Pillars of Eternity veterans and newcomers. White March expands the story and experience of the original game, adding new locations, quests, and companions to the world of Eora, as well as new gameplay features such as multi-class abilities, soulbound weapons, and a higher level cap, allowing players new ways to play in all areas of the game. The White March: Part I is available today as an add-on to Pillars of Eternity for Windows, Mac, and Linux PC for $14.99. A bundle with Parts I and II is available for $24.99, which will grant owners the second installment immediately upon its release.

View Eora in a way not yet seen before in a new launch trailer for The White March: Part I, available here:

In The White March: Part I, Obsidian Entertainment continues the tale of Pillars of Eternity, an RPG inspired by classics of the computer RPG genre. Featuring an expertly crafted story from Carrie Patel, author of the Recoletta series and writer on the original Pillars of Eternity, and Eric Fenstermaker, lead writer on Pillars of Eternity and one of the co-writers of South Park: The Stick of Truth alongside show creators Trey Parker and Matt Stone, the new expansion has new lore and challenges to explore. Set during the middle of the original game similar to the classic Tales of the Sword Coast, the new expansion can be experienced regardless if players have completed the core game or not. Players will venture into a new setting inspired by the snowy environments of Icewind Dale, and meet new companions including The Devil of Caroc, a construct rogue, and the scarred monk Zahua. Additionally, players can make use of new advanced party-based AI during combat and other adventuring challenges.