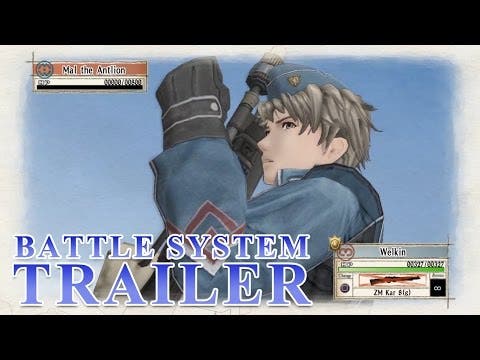 Valkyria Chronicles Remastered will launch in the Americas and Europe on May 17 for the PlayStation 4! Soon, you’ll be able to relive Squad 7’s valiant fight against The Empire in full 1080p/60fps HD quality. Oh, but that’s not all! The game also includes all of the original DLC, dual Japanese and English audio, and trophy support (Get that Valkyria platinum trophy!) Moreover, pre-orders and limited launch copies in the Americas will come protected in a collectible metal Squad 7 Armored Case.*

It’s been a while since Valkyria Chronicles came out, so we created a trailer that highlights the fundamentals of warfare in Valkyria Chronicles Remastered. The unique “BLiTZ” Tactical Battle System combines turn-based strategy, RPG, and 3rd person shooter elements to make engagements both strategic and exciting. Seriously, this mechanic is one of the reasons the original game is a classic. Plan moves and organize units on the battlefield in Command Mode! Exercise your trigger finger in Action Mode! Manage troop classes and upgrades to ensure victory against the Empire! Just watch out for those enemy aces….

Whether you’re a hardened veteran of the Second Europan War or a fresh new recruit, a good soldier should familiarize themselves with the trailer below.