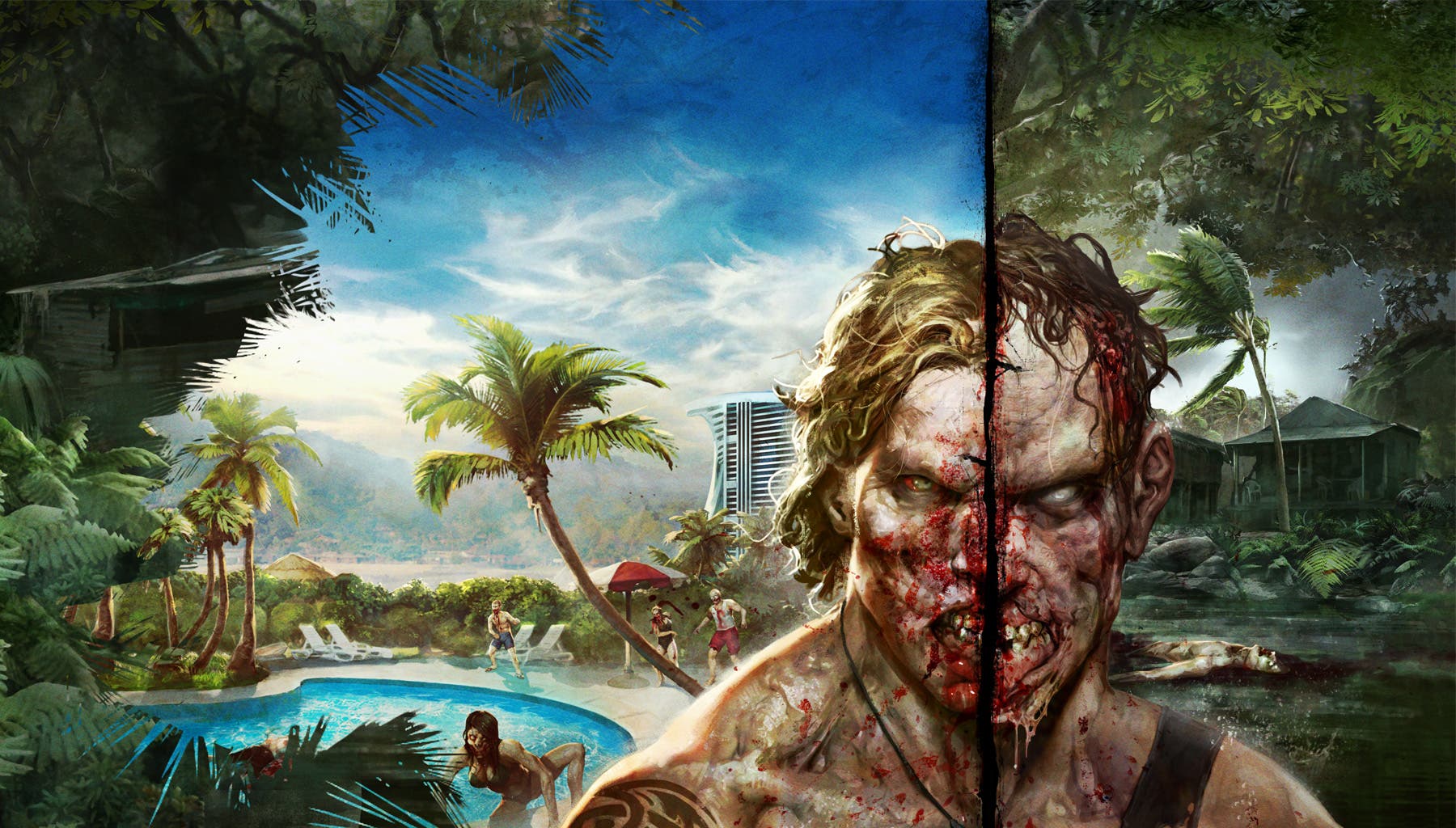 Whether you like remasters or not, they do offer for a chance for people to revisit their favorite games on new platforms, or allow newcomers to experience something they may have missed years ago. Dead Island is now among those games. They aren’t technical masterpieces, but they did offer something unique and memorable that’s being given another chance on current-generation consoles and even PCs. Dead Island Definitive Collection is absolutely worth the money, if you get past the bugs that plague this zombie-infested island getaway. The updates to the game are immediately noticeable visually. On PC, the framerate is always 60fps with every setting maxed. And thankfully, there’s a field of view slider now. Originally, I had to contact PR to reach out to the developers when reviewing Dead Island: Riptide so I could adjust the FOV as it was getting me motion sick. That demand has been recognized, and is no longer an issue. Beyond that, Dead Island Definitive Collection is more cinematic looking, with better textures (especially on environments), and improved lighting best seen when transitioning from indoors to outdoors as the views are blinding for your in-game eyes adjust. Some of the character models don’t look great, but the game looks modernized and fitting for today’s systems. Those irritated by the original games’ load times will be pleased to know that they are almost nonexistent. Sadly the games themselves haven’t aged well in the short time they’ve been out, because the menus are not the greatest to navigate, either. Though, these updates do make the games more manageable to tolerate. Dead Island Definitive Collection does make a good first impression for new and returning players.

What separates the Dead Island games from other zombies is the analog combat. If you’re using a mouse & keyboard, this is lost as you’re only using the digital combat method, and a lot of what makes it special is lost. So it’s rare for me to recommend, but using a controller and seeing what the right stick for targeted attacks can do is incredibly satisfying on PC and console. The game is still enjoyable without it as you can target limbs and cripple and sever them to give you the advantage. I don’t know how I could forget it, but I was immediately reminded of how the game gets going, with the fictional rapper and playable character, Sam B with his one-hit wonder “Who Do You Voodoo, Bitch” being performed at the island resort. Things unravel shortly after hearing the song (surprisingly not the reason for the outbreak), and you’re sitting at the character selection screen. What I liked about Dead Island and still do, are the selection of characters, they aren’t just characters chosen based on their looks, but how they play. Sam B focuses on blunt damage, Xian cuts with blade damage, Purma specialized is firearms, and Logan loves to throw weapons. There’s a fifth character, Ryder White who is a DLC addition, but doesn’t provide much in the way of anything interesting to offer. Then again, neither does much of the story. It’s a great at just being a game about killing zombies, and everything else is superfluous.

In true RPG fashion, you earn experience for every kill and quest completed. Weapons can be imbued with elemental damage that can also damage you. Each time you level up, you get to invest in a multi-tiered skill tree that lets you play to your strengths what works for you. The progression arc is simple, but is a great motivator to do “one more quest” to get that next level and perk.

The tropical island of Banoi is contrasted by the morose, scary viral outbreak of zombies. Locations are static, and time of day and/or weather will only change upon arriving at specific locations, but it looks a whole lot better while doing it this time. Dead Island Definitive Edition doesn’t improve on the original in any way in terms of the bugs and glitches that occur, but it is mindless fun at its best. I originally reviewed the game prior to release in 2013, and much of what I think about that game remains the same, as not much has changed with Dead Island: Riptide Definitive Edition.

The now survivors of the Banoi incident have been rescued, then held by a paramilitary organization wanting to come up with a cure for the virus. All the characters you played as before return (save for Ryder White). You can import your character from the previous game. Though it will only import Dead Island Definitive Edition characters, not from the original release. Imported characters if not already Level 15 will be automatically be boosted, and given the skill points to spend. If you are starting a new character from scratch, you can select any of the same cast, or the new character John Morgan who does hand-to-hand combat, and is essentially the “MMA guy”.

Dead Island: Riptide was essentially a standalone expansion. It was too big to be DLC, and too small to be a sequel. Thankfully the nearby island of Palanai offers very distinct looking locations compared to its sister island of Banoi. This one’s less inhabited, and more ramshackle with villages put together with whatever was available. You never truly feel safe here. The new inclusion for Riptide was a tower defense-like quest. Every now and then, you’d have to build up defenses at the main base where all the survivors were camped out, and survives waves until completed. Normally I’m fine with tower defense, but the implementation of it in Dead Island: Riptide was never especially engaging – however, it did bring the zombies to you, though.

Much can be said about this game as Dead Island Definitive Edition, a new coat of paint is here, but the underlying bugs and glitches persist. And that just carries out through the whole collection. New to the package beyond the remasters is a new game from Empty Clip Studios that’s an endless runner. It’s not really retro other than its visual presentation, but it is really well done. The story is oddly compelling, not relating to the series other than there being zombies – but given the location, seems to hint at a connection with the upcoming Dead Island 2.

Dead Island Retro Revenge is pretty simple, you auto-run and choose your lanes and can do a number of attacks on zombies to kill them, you can even knock them into other zombies for a bonus to your multiplier. Charge it up, and you’ll be able to call in a special weapon of your choice, the first one being a weedwhacker to go to town and get some bonus points. Or you can do a screen-clearing attack for a points boost as well as a multiplier boost.

If you die, you can quickly restart. Clearing a level gets you a rating, and it is off to the next level to do it again. It’s difficult, and there are 24 levels to complete, but it’s a rather shallow game overall. It’s aesthetically pleasing, but lacks personality and depth of the other games. If you’ve played one or the other games before, this collection’s updates and features are not going to change what you’ve thought. This is otherwise a great primer for Dead Island 2. It still has technical problems with its bugs and glitches, but the dollars to value offering with what the Dead Island Definitive Collection offers is second to none. This is a one-stop shop for all things zombie that given its shortcomings, will surely entertain for many hours, especially with friends in online co-op – where the game truly shines.