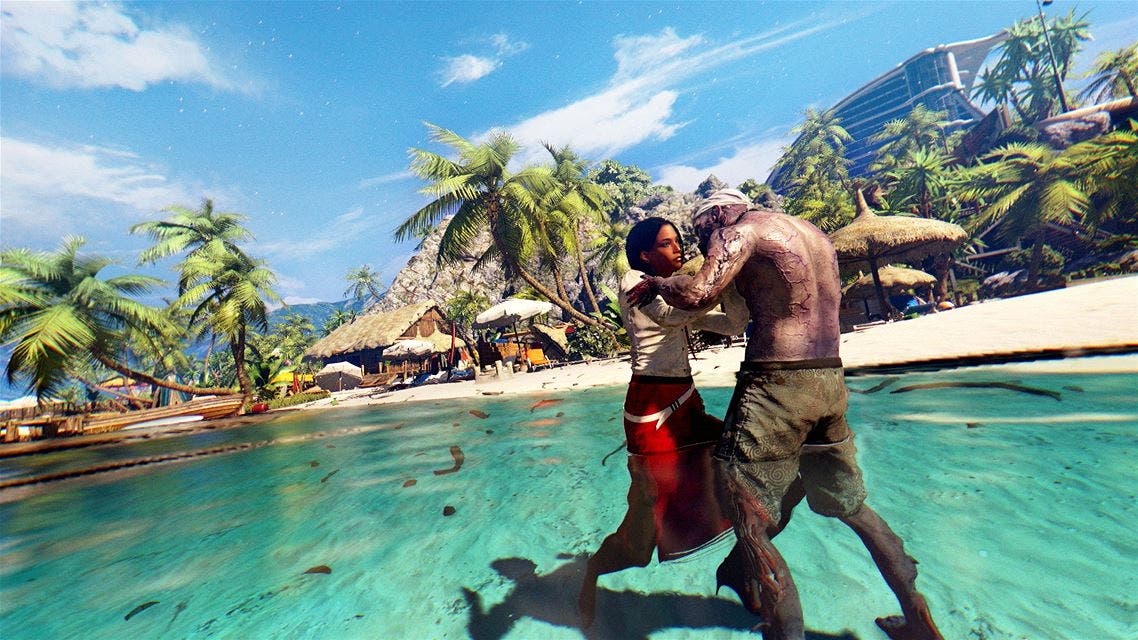 The dead have returned (as they always do these days) and the summer fun is about to turn into the summer of death.  The Dead Island franchise is one that holds a very special place in my gaming heart.  When the first game released, I was overseas, away from family, and living in very unfavorable conditions.  Gaming was one of the few things I had to hold into to keep some semblance of normality in my day to day life for that year.  Dead Island release and when I was finally able to get a copy sent to my location, I dived right in.  The reason I bring this up is because for me Dead Island was a solo experience. With no internet capabilities to play the game online with friends, even though the game was heavily touted as an experience to play with friends, I did so alone with the entire game, twice over even. I fell in love with Dead Island. I was back in the United States when Dead Island Riptide released and this time I was able to play the game online with friends. It was a blast, but in a different capacity, the feeling of being isolated, alone, in a zombie infected open world game seemed to lose some of its impact as my friends yelled into my ear via the microphone as their faces were getting munched off.  Don’t get me wrong, I enjoyed every second of it, but it felt nothing like the experience I had with the first.

Dead Island Definitive Collection is now on the newer consoles for those that never had a chance to experience it and with it brought back a flood of memories. Ones of getting swarmed by the undead in the blink of an eye. The feeling of being at a tropical and downright beautiful location setting, and yet death is everywhere. I played both games on the collection in single player and multiplayer this time.  I prefer playing alone for the sense of being in a world overrun with the undead feeling downright scared at times due to the situations at hand and that sudden noise of a zombie in the distance.  Meanwhile, playing co-op reminds me of a great time with friends, bashing zombie brains in with bats and other weapons in order to get better loot, make new weapons, and brag about some amazing new flaming axe.  With friends it reminds me more of a party game with loot and dare I saw almost like a dungeon crawler. I break the two feelings down between the two ways to play both games, but in reality, they are one and the same.  There is no vast different between playing alone and with friends, but it’s one of the few games that gives me a personal feeling and difference if I’m playing it alone or not.  Could it be from the time I spent away from home and playing the first game? Or is simple the way I interpret the flow of gameplay depending on the gameplay situation that fuels this. I can’t really answer that.  I can say though that Dead Island has a special place in my memories and I was a bit concerned how those memories would hold up now that the games are a few years old.  I was a bit worried, though honestly, I still think the come off feeling like really complete games with lot of content to offer. Tons of quests, fun and interesting oddball characters to meet, and while the game takes itself a bit too serious at times, it’s also very B movie like in effect, combined with the island setting, even today still offering a unique vibe in comparison to most zombie games.

The collection does a great job of also boosting performance, giving the game better lighting, and just a better overall look. Of course that’s to be expected of a compilation of old games on newer systems, but it could have been a complete straight port and instead it offers enhancements that make these the best version of the games to play, at least as far as consoles are concerned. Those playing on PC can opt for the collection, but I don’t think the enhancements are as drastic in improving the prior PC experience. The Dead Island Definitive Collection is a great value at $40 dollars. Whether it’s for new players or old, I still think the franchise has something to offer players even today.  It still has all the follies the prior games had in terms of game design and overall structure of the game, as none of this has been changed.  Sure it might be dated to some, the gunplay still might feel weak, and the minor bugs and glitches (which are far better than when game was first released) Regardless, this first person zombie bashing game is still a fun time alone or with friends for me.  It’s the best release of Dead Island games on consoles, the price point is on point, and I for one am happy to see a re-release of the franchise even if I never quite expected it in the first place.