That Ghostbusters game is looking okay, and the Ultimate Bundle comes with themes & digital copy of the movie Activision Publishing, Inc. and Sony Pictures Consumer Products have revealed a new compilation for the upcoming Ghostbusters video game and film. The Ghostbusters Ultimate Bundle will launch on July 12 for SRP $64.99 on the PlayStation 4 via the PlayStation Network in North America, as well as in select regions on Xbox One through the Xbox Games Store.

The in-game DLC featured in the Ghostbusters Ultimate Bundle will also be available to those who pre-order the standalone Ghostbusters game from the Xbox Games Store, PlayStation®Store and Steam. Ghostbusters is a third-person action role-playing game featuring single-player and local couch co-op multiplayer for up to four players. Taking place after the events of the film, it stars a new cast of rookie recruits who must explore Manhattan’s most haunted locations to rid them of the paranormal pests infesting the city. There are four uniquely powered heroes to choose from, and each character can be upgraded with new gear and abilities throughout the adventure. 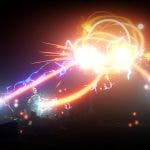 Ghostbusters is expected to arrive on the PlayStation®4 system, Xbox One and Windows PC via Steam on July 12 for $49.99. A new mobile game – Ghostbusters: Slime City – is also expected to release that week on select iOS, Android and Kindle smartphones and tablets, just in time for the film’s debut in cinemas on July 15.